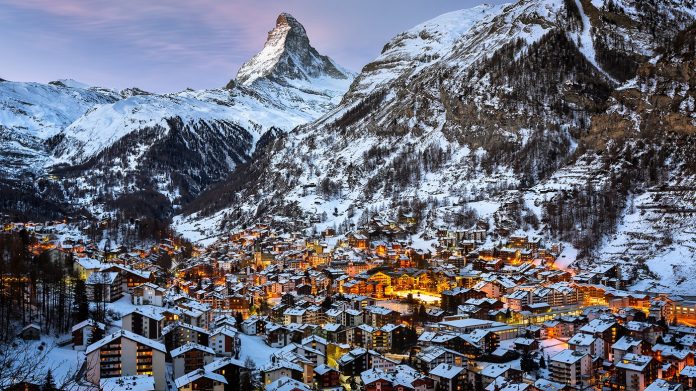 Zermatt is officially the third Swiss town to allow residents to pay their taxes with Bitcoin. Starting with Zug and then Chiasso, Swiss tax collectors are jumping on the cryptocurrency bandwagon and entering the digital future. So, you can pay your taxes with Bitcoin in Switzerland – let’s take a look.

Zermatt is now allowing its residents to pay taxes in #Bitcoin Trippki allows you to pay for your hotels in #Zermatt #Switzerland #DeadlineDay https://t.co/IjxObavF4k pic.twitter.com/0gEsOtguML

According to eToro, “Bitcoin (BTC) is a digital asset or crypto, the very first of its kind. Bitcoin is built on a blockchain, a decentralized ledger that keeps track of all BTC transactions, across multiple computers in a peer-to-peer network.”

If you want to trade Bitcoin before the halving, check out eToro – the world’s largest social trading platform.

The Swiss ski resort Zermatt is now allowing residents to pay their taxes in Bitcoin. The town is home to 5,400 residents, who will now be able to settle their taxes and other bills (like work permits from the government) in the digital asset. Payments can be made via a tablet from Bitcoin Suisse AG, a Bitcoin broker. They’ll convert the coin into francs, and then transfer the correct amount to the municipality.

According to Mayor Romy Biner-Hauser, not many Bitcoin transactions are expected, however she is curious about the cryptocurrency. “Everyone is talking about cryptocurrencies and blockchain and if you don’t try it out, you don’t get smarter,” she said.

Local taxpayers will also be able to pay their taxes in Bitcoin via an online payment portal, or a point-of-sale tool located in the town hall. Biner-Hauser further outlined the plans to meet demands for crypto payments, saying “An innovative, pioneering spirit is one of the trademarks of Zermatt, which is why we are happy to support residents in providing them with the solutions they require.”

While Zermatt is the third Swiss town to implement this forward-thinking strategy, the rest of the world is lagging behind. So, you can pay your taxes with Bitcoin in Switzerland, but they’re one of few countries truly getting on the BTC bandwagon.

As Switzerland expands its crypto-financial services industry, other global authorities have deemed such moves too risky because of Bitcoin’s high volatility.

For example, 8 January 2020 saw lawmakers in the United State’s New Hampshire state legislature retract a bill that would have enabled state agencies to accept digital assets as tax payments.

According to the lawmakers the move was “inexpedient to legislate” because Bitcoin’s price is unstable.

However, this move from Zermatt shows that sentiment towards the coin is changing. While we haven’t hit mainstream adoption yet, we’re getting closer. The upcoming Bitcoin halving is driving increased institutional interest, and forcing states and traditional institutions to take a closer look at all of the possibilities that Bitcoin has to offer.

Zermatt, the third Swiss town to implement this change

You can pay your taxes with Bitcoin in Switzerland, and that’s a good sign for the coin. While lawmakers around the world have often deemed such moves too risky because of Bitcoin’s volatility, it’s clear that there is a need for this kind of infrastructure to be put in place. Zermatt is the third Swiss town to implement Bitcoin payments, further highlighting the residents’ wishes. Bitcoin is heading for huge things in the next few years – and this is only one small example of the changes ahead. 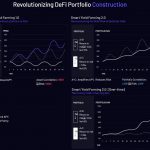 Singapore, 6th May 2021, We are pleased to announce that YouSwap is now LIVE on Binance Smart Chain, and our smart contracts have been...