Ethereum users will be pleased to hear there is another airdrop they can claim today. Anyone who paid over $1559 in gas fees over the years – which is nearly everyone due to high network costs – can claim the $GAS token. Whether that means the tokens by GasDAO will ever amount to any real value is different.

Many people were taken aback by the announcement of yet another airdrop for using the Ethereum network. More specifically, the ecosystem has over 143 million unique addresses that have transacted on the network since its inception. These addresses spent a lot of money on gas to have transactions processed, allowing most of them to be part of this $GAS token airdrop.

More specifically, the most active 643,000 addresses will be eligible for claiming this new token. It is a strong indication of how many people may have interacted with decentralized finance, NFTs, DApps, and much more. Spending over $1559 in gas fees is not a big achievement, given the high fees users pay for virtually every transaction every day.

The GasDAO, issuer of the $GAS token, built its smart contracts off the OpenZeppeln governance contracts. Several users have looked at the code and found o immediate issuers or concerns, although there is always a slight risk when claiming new tokens from an unknown contract. The tokens can be claimed until May 1, 2022, letting users claim their airdrop when the Ethereum fees are a bit lower.

The concept of having to pay high gas fees to claim an airdrop issued only to those who have spent a lot of money on gas already is rather ironic. Moreover, the token’s value is plummeting rapidly – which is rather standard with airdrops – although that isn’t necessarily an issue right now. The bigger question is whether there will ever be a purpose to this token.

What Can You Do With $GAS?

For now, the $GAS token is the governance token of the GasDAO, which aims to become the heartbeat and voice of the largest community of native Web3 users on Ethereum. Becoming an impactful community is easy on paper. Doing so in the real world is very different and much harder to achieve. The supply of 1 trillion $GAS tokens will not help matters much.

The team will unveil more information on the governance structure for Gas DAO in the coming days and weeks. There is no word on other use cases just yet, although there may not be any moving forward. That said, the announcement mentions there are 25 Core Contributors behind the GasDAO, indicating something may happen in the future.

So far, the $GAS token is held by over 26,000 unique addresses and represents a market cap of nearly $22 million. Those are prominent statistics for an airdropped token. Moreover, it is found in a Uniswap V2 pool – rather than V3 – with sufficient liquidity, for now. It is an interesting token to keep an eye on, but claiming it at current gas prices will negate nearly any “free money” one might get. 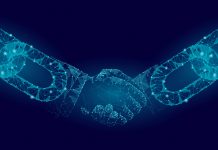 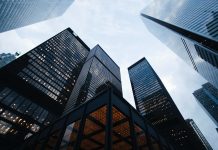 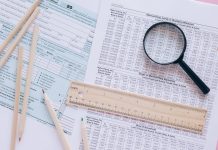