With Malta blazing the trail this month and passing new legislation regulating ICOs, exchanges, and DLT, the crypto community has been somewhat divided. Regulation–for the most part–seems to be welcomed. After all, the majority of ICO teams are legitimate and don’t want to scam their investors out of funds or end up behind bars.

But the argument about regulation stifling innovation is still a valid concern.

Are we being too quick to apply regulation to such a young technology? Is there another way to protect investors and founders without putting everything into a box? According to regulators in Switzerland, there is. And it’s called ‘principle-based’ law.

In other words? Dodging the security bullet. And there’s an ongoing debate in the legal field in general about the merits of principle-based regulatory systems versus rule-based ones. But, in the case of blockchain technology and cryptocurrencies at least, what principle-based law does is give regulators more flexibility. And that may be a good thing for innovation.

Of course, the Swiss are famous for cashing in on loopholes and providing fiscal leniency. But when an area is so category-breaking, principle-based law allows for much-needed breathing space. Malta argues that we need new laws for new situations that have never happened before, while Switzerland applies a more pragmatic approach. Neutral is probably the main word here.

Olga Feldmeier, CEO of Swiss-based tokenized alternative asset marketplace Smart Valor says, “How can you write such detailed, prescriptive regulations in such a new space? This would kill innovation.” And maybe she has a point. Heading up regulation in Switzerland’s Crypto Valley, she earned the title of “Bitcoin Queen.”

So, while the Swiss system and their principles raise some skepticism for loopholes, and the Germans like to do things by the rule book, one thing is abundantly clear. There are a lot of differences of opinion when it comes to regulation and it will be interesting to see which countries end up getting it right. 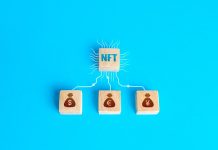 5 Best NFT Marketplaces In 2023, Why Few and Far Will Be A Major Player 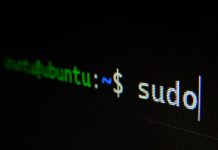