Reports indicate that top venture capital firm Andreessen Horowitz is going big on cryptocurrencies, even though the market at large continues to go through a rough financial patch.

According to an official company statement, the firm declared that it been successful in raising $300 million for its first-ever fund dedicated solely to cryptocurrency. However, what is even more interesting is that over the course of the coming two to three years, Andreessen Horowitz plans to put this money into early-stage coins and tokens as well as established currencies such as bitcoin or ethereum.

According to Chris Dixon, General Partner at Andreessen Horowitz, one of the company’s main goals is to “remain patient” and hold the aforementioned investments for a period of up to 10 years.

“We’ve experienced ups and downs in the cryptocurrency market, and expect there will be many more. There’s potential in the technology, and some of the downturns can be the best investments.”

He also added that “even if bitcoin prices keep dropping”, Andreessen Horowitz will keep investing aggressively in this sector.

“There are wild fluctuations in crypto prices [daily], and we see that as an opportunity. We’ve been unphased and investing consistently over time.”

Haun is best known for setting up the DOJ’s first government task force to regulate cryptocurrencies and is also on the board of directors for Coinbase. If that wasn’t’ enough, she has also taught about setting up crypto laws at Stanford Law School.

While we had been hearing about institutional money finally entering the crypto space, no major financial moves had been witnessed up until a few weeks back. With Andreessen Horowitz now leading the charge, it feels as if Bitcoin and its contemporaries could be looking at a fresh new economic upstart that could trigger a bull run in the near future. 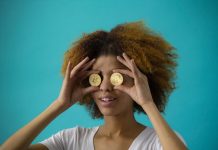