As things currently stand, the world’s premier alt-asset, Bitcoin, has touched a 7 month high against the Lira (Turkey’s national currency).

This sudden price hike comes as a result of fresh economic sanctions that have been placed by the United States on Turkey, as a result of the Islamic nation holding an American pastor in detention “illegally”. 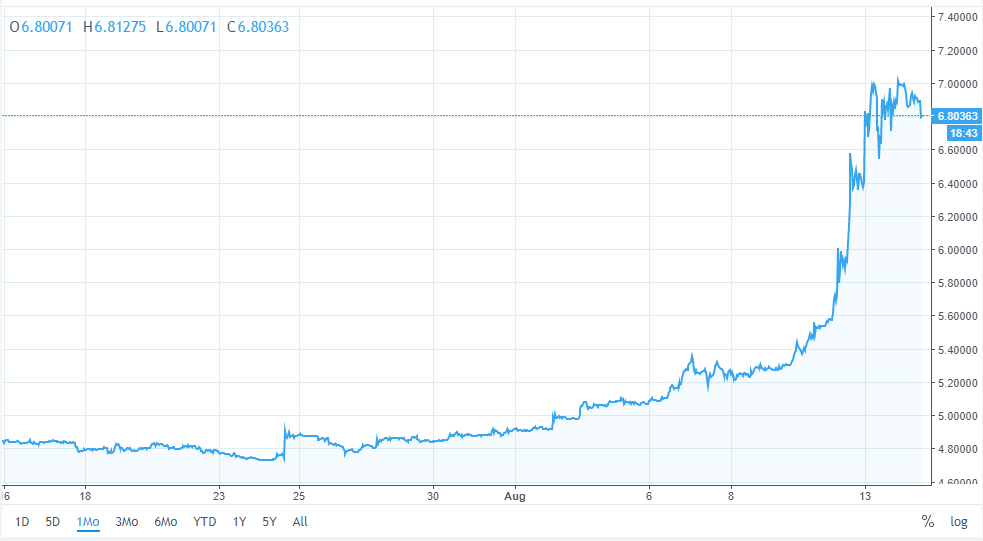 The Turkish Masses View Bitcoin as an ‘ Economic Refuge’

With the Lira experiencing a market crash of such an unprecedented magnitude, the general public now seems to be turning towards bitcoin, primarily because it views the crypto asset as being a ‘financial safe haven’.

For starters, the price of BTC has risen quite tremendously within Turkey over the past couple of days–  with the cryptocurrency now being traded for 47,200 TRY per Bitcoin. This figure is the highest since January 2018.

Additionally, from a purely technical standpoint we can see that:

The Bare Bones of the Matter

As per a CNBC report, the steep downturn in the value of Lira has boosted the appeal of cryptocurrencies in general (particularly Bitcoin) amongst the masses of Turkey.

This increase in interest is made further evident when the trade numbers from Turkey’s top cryptocurrency exchanges are taken into account. For example, all of the country’s top trading platforms including Paribu, Btcturk, and Koinim have seen a massive hike in their daily BTC trade volume since Friday last week.

If the predictions of various financial analysts are to be believed, the value of BTC could continue its ascent against the Lira in the coming few weeks. This is partly due to the economic stance that President Erdogan has adopted wherein he seems determined to not be “bullied by the US” and the country’s decision to restrict Aluminium trade with Turkey.