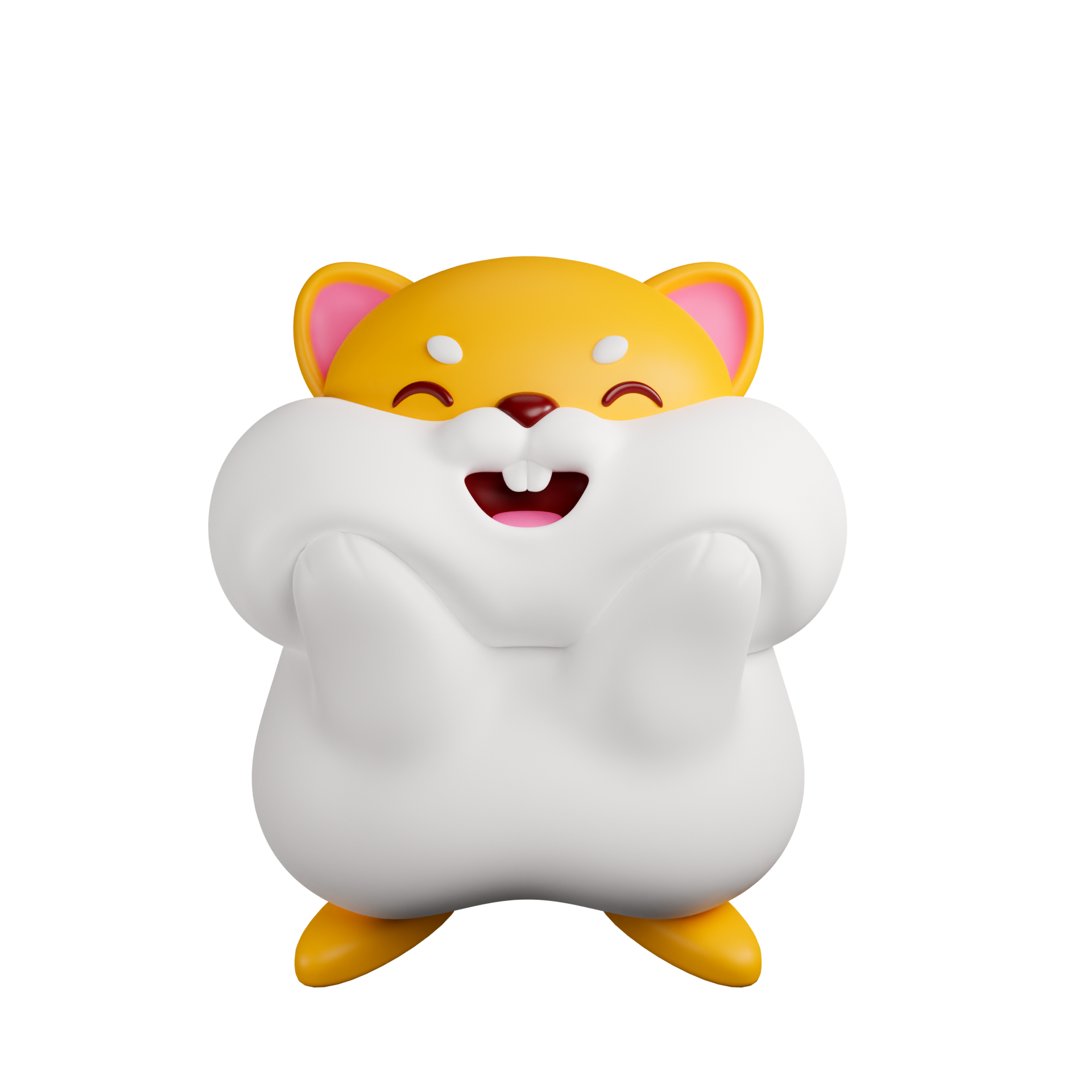 Choosing the right coin to invest in is probably one of the most challenging aspects of cryptocurrency trading, especially as the market for meme coins becomes increasingly saturated over time.

As we speak, there are new coins being launched in the market and contributing to increased competition and confusion among crypto fans.

As the coins have no real value, their worth remains highly questionable. This is a result of extreme volatility that they possess.

So, how to pick the ideal meme coin for your best investing experience? Don’t worry we have got you covered with this article by listing top 5 meme coins to look out for in 2023.

But before looking at the list of best meme coins, let’s first examine what meme coins are and why they are so well-liked.

What are meme coins?

Meme coin is a type of currency that was introduced as a joke but ended up creating a massive following among investors. They have no inherent value, and are themed around internet memes.

Meme coins are different from cryptocurrency, primarily on the basis of utility. Cryptocurrencies like Bitcoin and Ether were created to solve real world problems of centralized economics. Meme coins on the other hand, were created for fun, and were taken lightly at first.

Since anyone can create cryptocurrencies, a lot of them are surfacing more than ever resulting in the birth of coins like Shiba Inu (SHIB), Monacoin (MONA) and many more.

According to CoinMarketCap.com, the total number of meme coins has reached up to 328 in November, 2022.

Meme coins have gained massive popularity in a short span of time mainly because of the support they got from celebrities and crypto influencers. And not to forget, social media and reddit are more or less responsible for creating hype for these coins.

For instance, Facebook CEO Mark Zukerberg posted about a meme token called AquaGoat, that resulted in its value surging up to 300% in just a few hours. Another example is Elon Musk tweeting about ELONGATE and DOGE resulting in huge profits for both of these coins.

Lastly, meme coins are entertaining and yield high profits. Then why would people not invest in them, when they are ready to invest in almost anything they find fascinating enough.

The first on our list is a decentralized token that was first offered as a meme coin four months ago. Its name is a result of the cartoon characters that inspired it.

Over 1 billion Toon Finance coins are available, with half of them being sold in a presale as of October 10th.

For a number of reasons, Toon Finance is gaining a lot of attention and investors are excited to invest in it.

No other cryptocurrency endeavor has ever produced a DEX platform as flexible as the one being built by Toon Finance.

The team is currently concentrating on the release of 10,000 NFTs that will each symbolize a distinct toon character. Investors will be able to easily buy these adorable little NFTs from the official website.

Along with the NFTs, a tonne of new characters will be added throughout the Toon Finance metaverse, where investors can trade or utilize them for P2E.

A cross-chain bridge is another thing that is necessary to facilitate seamless communication and interoperability between two blockchain networks, allowing the exchange of data between them. Users will be able to link apps, protocols, and assets with ease thanks to Toon Finance’s Space bridge.

Metaverse will be crucial for the game industry. Toon Finance is introducing a variety of NFTs that can be used in this metaverse or collected for investments. Toon Finance’s Space Grounds video game will demand that players utilize NFTs in order to play.

A coin can only thrive if it offers its users something valuable. Toon Finance’s success is assured by the fact that it delivers its users value in a variety of ways.

The fact that Toon Finance was featured on CoinMarketCap.com and Crypto.com, two of the biggest and most influential crypto spaces, is a significant accomplishment that the team behind the company recently revealed. This has increased the project’s exposure and given it some credibility.

This coin appears to be in good shape and is anticipated to have a big impact on the whole crypto market in the near future.

Doge coin was created in 2013 by Billy Markus and Jackson Palmer, two software engineers. They created it as a joke inspired from “Doge” internet memes, but little did they know it would become the ‘original’ meme coin in a few years.

Dogecoin did not see any notable profits in the first few years but later by the end of 2020, it rose to fame soon after Elon Musk praised the coin through his tweets.

But since then, it has gone through high volatility and now many investors are skeptical about investing their money in this coin.

But, Dogecoin is still the most famous meme coin ever, and it is widely accepted by several merchants all over the world.

Dogecoin has no limit on its supply, and it works on Scrypt technology which has a block time of one minute. As the supply is unlimited, you can mine it anytime. The first use of this coin was as a reward for posting quality content on platforms like Reddit and Twitter. As of 2022 November, there are more than 130 billion DOGE that are in circulation with a market cap of approximately $20 billion.

Tesla recently announced that it would be accepting payments in the form of DOGE. Along with that, Elon Musk also supported DOGE by accepting it in his SpaceX project.

These factors have caused the prices to already be approaching a bubble zone, and price appreciation can only occur with the participation and growing acceptance of investors.

With the success of Dogecoin, many other coins managed to mimic the popularity of it, at the forefront being Shiba Inu. It was created in 2020, with a Japanese hunting dog as its mascot.

Shiba Inu was created in August 2020 as a meme coin by a pseudonymous founder “Ryoshi”. The token got a lot of attention from celebrities like Elon Musk and Vitalik Buterin.

It was titled as DOGE killer and gained a massive following mainly among Chinese investors.

SHIB is built on top of an Ethereum network, and can be used along with smart contracts. Also, Shiba Inu is compatible with a strong network of Decentralized Finance and is available on numerous exchanges and trading platforms.

Many investors consider Shiba Inu as a smarter investment compared to Dogecoin because of such reasons. This token can even be integrated into other crypto ecosystems with ease.

Shiba Inu is based on a Scrypt based mining algorithm. It is one of the many dog themed tokens like Dogecoin (DOGE), Alaska Inu (LAS) and Alaskan Malamute (LASM). Investors who missed the chance of investing in DOGE moved to SHIB.

The token has a limited supply of 1 quadrillion, half of which is locked in Uniswap liquidity and the rest was gifted to Ethereum creator Vitalik Buterin who burned 90% of it.

However, Shiba Inu is still trading at a price which is a fraction of a cent. Currently, the value of SHIB is $0.000010 as per CoinMarketCap.com, that means with just $100, investors can get up to 8 million Shiba Inu tokens.

The supply of SHIB tokens is unstable. As half of the total tokens were gifted to Ethereum creator out of which 90% were burned, the future price appreciation is evidently dependent on how Vitalik Buterin chooses to use the remaining 10% of the tokens.

Monacoin is one of the oldest meme coins to ever exist, launched back in 2013 which was inspired from a Japanese ASCII art character that looks like a cat.

Monacoin is an open source network for payments that works on peer-to-peer (P2P) transactions. Monacoin is based on the Lyra2RE (v2) proof-of-work algorithm for approval of blocks.

Monacoin is developed by a name that goes by Mr. Watanabe, who is still anonymous till date.

Miners are awarded 25 tokens for every 90 blocks processed, with block creation time being one and half minutes and the difficulty of mining varies with each block.

One aspect that sets it apart from other meme coins is the acceptance it has got from the country it was made in, Japan. Monacoin is a unit of trade and is widely accepted at every store and online merchants in the country. It can also be bought at ATMs using Japanese Yen anywhere in the country.

Monacoin was approved by the Japanese Financial Service Agency, which adds to its credibility. However, the volatility of the token is still similar to other meme coins.

While Monacoin might not be getting as much attention as DOGE or SHIB, it is still significant for its usefulness in the real world.

Tama is a native token of Tamadoge ecosystem that comprises play-to-earn games and NFTs. According to many, the emblems on the official screen of TamaDoge suggest that Dogecoin was its source of inspiration.

The game is a peer-to-peer P2P platform built on the Ethereum blockchain. It is also one of the most recent meme coins. Anyone can participate and get prizes by doing so. To participate, players have to purchase NFTs with unique dog imprints and other gaming assets.

TAMA tokens function as a transactional coin of the ecosystem. The goal is to keep the Tamadoge alive by breeding and feeding them and battling them against other users, otherwise they would turn into Tamaghosts themselves.

Those who score the highest points are rewarded TAMA tokens at the end of every month.

The project has a vision to create an augmented reality called metaverse, that would not only attract investors but also gamers to invest in Tamadoge.

The project was released in July 2022 and got a lot of support in its first presale by going sold out in just eight weeks.

Tamadoge is expected to be an extremely profitable long-term crypto project to invest in.

To participate in Toon Finance’s presale, here are the links below: