Albeit the year 2019 has been off to a good start price-wise, there have already been numerous incidents casting a dark shadow over this industry. The number of exchange hacks is quite worrisome already and it seems unlikely there won’t be further incidents. The following trading platforms have all noted a breach and loss of funds in one way or another.

Cryptopia Lost Over 9% of its Holdings

In the month of January, everything seemed fine and dandy for cryptocurrency enthusiasts. That situation changed for the worse one the Cryptopia exchange confirmed they had suffered from a major breach. Although the initial reports did not confirm how bad things had gotten, the company later confirmed over 9% of its total holdings were stolen in the process.

It took a while for the company to resume its normal services. In fact trading for most pairs was only resumed two months later, although it could have taken a lot longer as well. To this date, the exact monetary losses of Cryptopia remain a bit unclear, although the $16m figure has been floating around for some time now. The investigation is still ongoing at this time, thus more information could be made available in the coming weeks and months.

Even though not all of the cryptocurrency exchanges are incredibly popular, any sort of financial loss needs to be taken into account. For DragonEX, the year 2019 could prove to be one to forget pretty quickly. The company fell victim to a security breach and subsequent theft of funds. It is a good thing this exchange isn’t more popular, or the financial losses would have been far more severe.

When everything was said and done, the company confirmed just over $1 million was stolen. The company has also taken the financial responsibility for dealing with this missing funds, as they have not held customers accountable like some other exchanges would tend to do. Interestingly enough, some of the stolen money was recovered, although the rest has not been obtained again at the time of writing.

In the cryptocurrency world, the name CoinBene has started popping up more frequently in recent years. That in itself is a promising sign, as it shows the company is successfully attracting more users and funds. This has also drawn the attention of criminals who successfully infiltrated the platform and managed to steal roughly $45m in funds at the same time.

As is usually the case when incidents like these take place, figuring out what happened needs to be the primary objective. CoinBene also claimed all of the customer funds were safe despite the hack, yet those claims were negated fairly quickly. As such, there are still numerous discussions taking place as to which story is true and how the company will move ahead exactly. For now, it seems the exchange is fully operational again.

It is never good to see any cryptocurrency exchange getting hacked. When that happens twice to the same company, a lot of questions will be raised. In the case of Bithumb, the company has been hacked not once, not twice, but for the third time in two years. This raises a lot of questions as to how reliable this South Korean exchange’s security really is. Dealing with so many incidents in quick succession will destroy any company’s reputation, yet Bithumb remains one of the most popular South Korean exchanges to date.

This latest incident became apparent when Bithumb’s system noticed abnormal withdrawals from the exchange’s hot wallets. Roughly $20m was believed to be stolen, although that figure was never officially confirmed by anyone. It seems the hackers were mainly after the EOS and XRP hot wallets, resulting in what are perceived to be substantial losses. There is a chance this is another hacking attempt by North Korean state-sponsored hackers, as those groups have shown a keen interest in South Korean Bitcoin exchanges lately.

The Binance Hack of $41m

Earlier this week, news broke about popular cryptocurrency exchange Binance suffering from a hack. That in itself came as quite a big surprise, especially when considering how this is the largest – and often considered most secure – cryptocurrency exchange on the market today.. Unfortunately for its users, $41m worth of Bitcoin has been stolen from the exchange, which represents close to 2$ of the company’s total BTC holdings.  This will not affect the customers’ balances in any significant manner, as Binance appears intent on handling the losses on their own accord.

It would appear this hack is one of the more sophisticated and elaborate ones in recent years. This includes phishing, viruses, and other undisclosed attacks, according to Binance CEO Zhao Changpeng. All of the remaining wallets are same and unharmed, although it remains to be seen if this will diminish people’s trust in Binance and its associated Binance Coin token. The current value of BNB is significantly lower, as it has suffered a 7% loss in the past week alone.

Whereas most cryptocurrency exchanges have enough funds on hand to deal with any hack or theft, that is not always the case for smaller companies. In the case of Coinbin, the South Korean exchange filed for bankruptcy in late March. The company was initially believed to be hacked, albeit it later turned out company officials had been embezzling funds for some time now. In total, $26m worth of funds were drained from the company before the exchange had to settle for bankruptcy.

One interesting tidbit of information involves COinBin and YouBit. That latter exchange was acquired by Coinbin, even though Youbit suffered from a 17 billion won hack in late 2017. Despite taking over the affected company, the former Youbit CEO remained in charge of managing cryptocurrency wallets for Coinbin. That in itself was what eventually led to the downfall of this exchange once for all, as it is this user who has allegedly embezzled most of the missing funds. 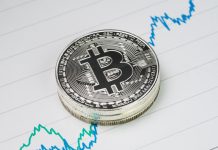 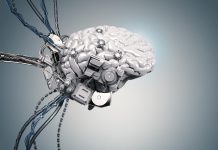 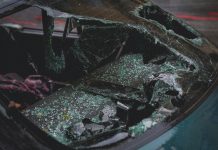