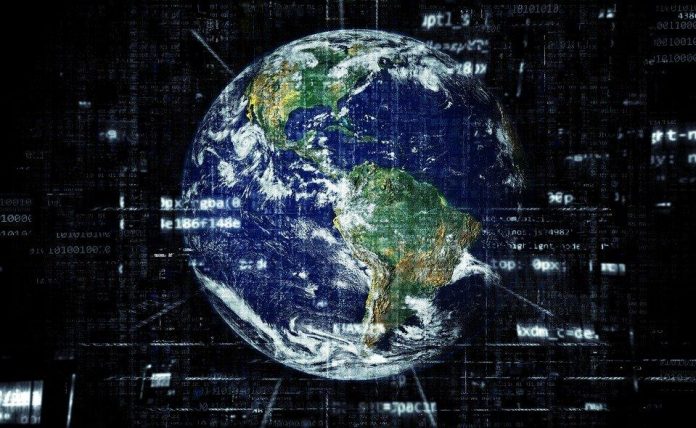 Cryptocurrencies like bitcoin have already helped to create a number of technologies we rely on. With only more useful collaborations in the future.

“Alexa- write this article for me.”

While we may not have quite reached the Marxist Utopia where machines take over the labor industry and we all kick back and soak up the dividends, we are reaching a point where our electronics are quite obviously having a positive effect on our lives. This may be no more apparent than in the face of the global pandemic that has all of us relying more heavily on technology than ever before.

From virtual meetings to online social gatherings and workout groups- now more than ever before is the need for accessible technology evident. But these technologies go well beyond our work and play spaces, stretching out into supply chains, global economies, and even the way we build infrastructure. As automation progresses, so too does the technology that supports it.

While the concept of futuristic technology may seem fairly far removed from your Bitvavo exchange account, one of the many that offer newer investors a relatable and easy to navigate platform- it’s really not. Cryptocurrencies like Bitcoin have an intimate relationship with the so-called “Internet of Things”. Creating innovative and desperately needed solutions to some of the most mundane and often overlooked problems we face today.

What is The Internet of Things

The Internet of Things, or IoT, is a system of interconnected technological devices that communicate over networks without the need for direct human oversight. If this sounds a bit off-putting, like something out of an Isaac Asimov novel, it really shouldn’t. This type of technology has been around for decades. Only serving to be refined and better applied within the last few years.

If you own any “smart” devices, chances are you’re interacting with IoT technology. From smartwatches to Google or Apple home systems. Other types of technologies that exist within the realm of IoT are things like supply chain monitoring or even virtual reality (VR) technology. These types of devices can serve to do far more than just simplifying mundane tasks. A major application of smart home technology, for example, is used to assist people with disabilities or the elderly, giving them a greater sense of independence through the use of such devices.

The bounds of IoT real-world use applications seem near limitless. IoT systems have been implemented in a number of common commercial applications as well as the consumer applications that have been mentioned. Industries like:

As well as a number of infrastructure systems like the city, environmental, or energy management.

What Role Does Bitcoin Play in IoT

Bitcoin- or perhaps more specifically blockchain, the technology that powers the coin, provides the structure necessary for IoT to exist and expand. Traditional IoT systems relied heavily on a centralized authority in order to function, making widespread scalability improbable.

This is because original IoT systems required a cloud to function. Creating a space where data is received, processed, analyzed, and then sent back out to IoT devices in order to carry out tasks. This system cannot hold the billions of devices across the thousands of industries that are projected to exist in the future. It also exposes multiple weak points in network security. Making the systems easy to hack or manipulate. A genuine fear of many IoT opponents.

This is where blockchain technology steps in to help. In the most obvious example, blockchain-based technology like smart contracts presents a framework for conditional functioning, without the use of an intermediary. This system is called an “If This Then That” (IFTTT) framework. IFTTT allows for the continued function of devices based on the completion of a set of tasks – as opposed to being given continual commands.

For example, in a cloud scenario, once data from any given device is received, it has to be processed and analyzed, before it is then returned with a functional command. Using an IFTTT system, if the device completes one task, then it is instantly triggered to begin the next task within the set. Creating a functionality that is both secure and autonomous. Cutting out the middleman and any possible error.

This not only improves the scalability of IoT, but it also keeps running costs down, creating a practical and affordable method of expansion. Using a cryptographically decentralized network (like the network that bitcoin exists within) makes it difficult to compromise the system or manipulate the tasks. This also removes the possibility of creating a single point of failure.

Where it Could Take Us

For any crypto enthusiast, this is another great use case scenario behind the furthered adoption of bitcoin and other cryptocurrencies. This type of technology is poised to only proliferate and integrate further into our lives as time marches forward.

From video games to more virtual meetings, the IoT and blockchain technologies have already taken us pretty far into the field of technological advances. Bringing an untold number of conveniences right to our doorsteps as well as into our homes themselves. In better news, these technologies and systems are only expected to continue to go and improve. Further supporting the supposition that bitcoin is indeed here to stay.

XEM, Native Currency of the NEM NIS1 Blockchain, is now available on the Plasma.Finance...