Due to the ongoing tension between the US and China, manufacturing of goods has come under a lot of pressure. While some companies start to crumble, others explore new opportunities. Tesla, for example, is looking to build cheaper Model 3 cars in China. An interesting decision given the current geopolitical climate, albeit a move that can be pretty promising for the company as a whole.

For a company trying to slowly take over the global automotive industry, Tesla still has a lot of work ahead. Not just because its cars are not available for preorders in all countries yet, but also because of the ongoing geopolitical tension between the US and China. Even for such major companies, developments like these can have a major impact down the line. However, it seems Elon Musk’s company has potentially come up with a solution to bypass these problems.

More specifically, the company has announced it is looking to produce cheaper versions of the Tesla Model 3 in China shortly. This new factory is located in Shanghai, and will produce cars with a base price of $47,510. This is over 10% cheaper compared to importing the same model from the US, where it is already available at this time. All units produced in China are comparable to the Standard Plus version of the Model 3 available in the West.

It is not exactly surprising to learn Tesla eyes China as a crucial market. The company has allows deliveries of the Model 3 to China since March of 2019. By producing the units locally, import duties can be avoided. Given President Trump’s stance on how China needs to be taught a lesson of some sort, being able to bypass any additional trade restrictions is never a bad thing. Moreover, the company can speed up the delivery process, which will ultimately benefit its customers.

It is also worth noting Tesla is aggressively pursuing further expansion throughout the Aia-Pacific region. Model 3 cars are now available for preorder in Australia, Japan, Hong Kong, Macau, and New Zealand. In Europe, Ireland is now an eligible region as well, which is good news for residents of that country. It will be interesting to see how well the car does in those additional regions.

The bigger question is whether or not Tesla can effectively ramp up its production in a meaningful manner. Considering how Q1 of 2019 was not all that great for the company, something has to change. Expanding upon its global presence and cutting down on extra costs for customers in specific regions is an important first step in the right direction. This may very well be one of the “major changes” Elon Musk hinted at some time ago.

Last but not least, it would appear Tesla has no plans to build its longer-range versions of the Model 3 or other Tesla vehicles in China at this time. That would make a lot of sense, as the company has to gauge how well its main model does in China prior to potentially ramping up production for other units. For a company which is still struggling to operate on a profit, not taking any rash decisions is the only viable course of action. 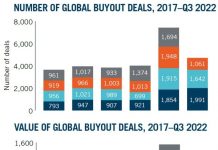