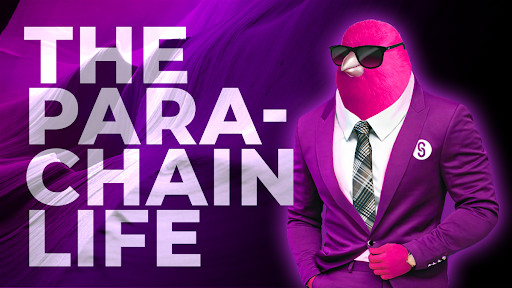 Subsocial, an open platform for decentralized social networks and marketplaces built on the Polkadot ecosystem, has secured a highly coveted parachain slot on the Kusama Network after easily winning the latest auction.

The platform launched its bid for a Kusama parachain last month, inviting KSM token holders to support its proposal with the offer of rewards in its native SUB token. The project successfully hit its crowdloan cap of 100,420.69 KSM during the auction. Following the auction, SubSocial will distribute 16.5 million SUB tokens to contributors after its parachain goes live early next year.

The successful bid brings SubSocial’s vision of an open platform with shared network effects that allows anyone to launch their own decentralized, censorship-resistant social network closer to reality. The platform uses the Substrate blockchain framework and IPFS for decentralized file storage. This allows Subsocial to connect to the Polkadot and Kusama networks. Kusama is a next-generation blockchain protocol that unites an entire network of purpose-built blockchains, allowing them to interoperate seamlessly at scale.

Kusama is an innovation focused version of Polkadot that enables developers to experiment with new blockchains or applications before releasing them on Polkadot.

Polkadot and Kusama combine to create “Dotsama”, a multi-chain ecosystem that acts as a bridge to various blockchains.

By securing a parachain slot on Kusama, Subsocial will be able to leverage XCMP, Kusama’s cross-chain message-passing protocol, to communicate with other parachains on Kusama. This will enable Subsocial to build feature integrations with those parachains that benefit itself while adding value to other projects. One immediate benefit is that SUB tokens, which are needed to transact on Subsocial and participate in governance, will be easier to obtain by being listed on decentralized exchanges. The integrations will also make it possible for other social tokens to be used on the Subsocial platform.

“We are thrilled to have Subsocial secure a parachain slot on Kusama. This will allow us to build all sorts of innovative integrations in the Social Finance sector. Our community’s support has been incredible,” said SubSocial founder Alex Siman.

Subsocial’s Kusama parachain is set to go live on January 8, 2021. Its current betanet will be relaunched as a standalone mainnet at the same time, meaning it will operate two chains, connected by a bridge and sharing the same SUB token. Subsocial requires two chains as the standalone mainnet currently performs better, while the parachain is necessary for feature integrations.