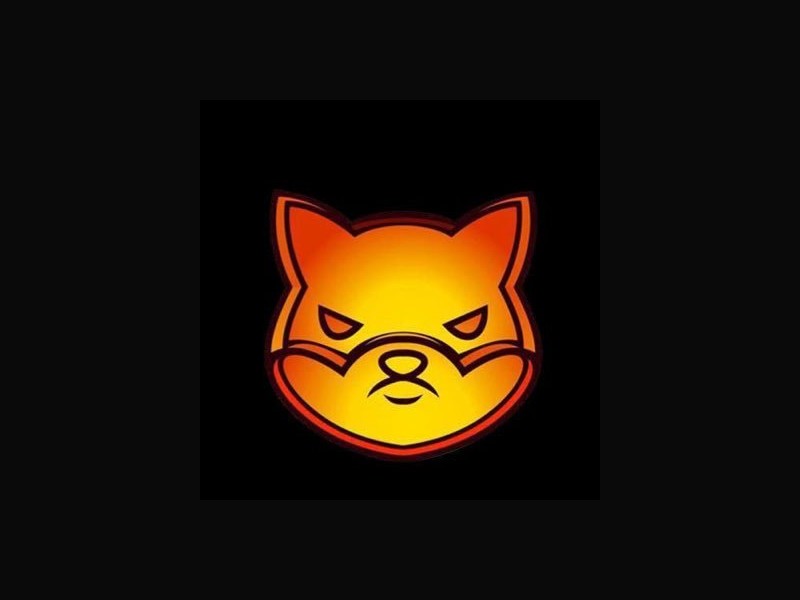 Halloween is around the corner, which means some new meme tokens are not too far off. SpookyShiba notes a substantial surge over the past week, even if its current value is virtually zero. It is curious to see this meme coin resurge after a year, although its long-term potential remains uncertain.

The self-professed “spookiest token on BNB Chain” is back for another round. SpookyShiba was initially created on October 2021 as a temporary meme coin revolving around the Halloween event. Afterward, it went virtually unnoticed, and the price hit rock bottom, as most people expected. However, things may get underway again as it is one of the strongest market gainers this week.

Today, SpookyShiba positions itself as an e-sport gaming outfit. That may seem like a lofty goal, but it is not necessarily incorrect. After all, the team claims to have been working on a unique gaming platform combining games, cryptocurrencies, and NFTs. Additionally, there is a native NFT marketplace supporting game and Royalty assets. The latter category pays all holders from transactions happening on the marketplace.

Some may remember that SpookyShiba briefly took over Times Square with a billboard ad in 2021. That was initially seen as a marketing stunt, catapulting SpookyShiba into the market cap top 10. In 2022, ads have become a bit more widespread, and the meme coin lives on.

As a BNB Chain token, SpookyShiba primarily generated liquidity on PancakeSwap. There are over 37 million SPKY tokens on the DEX today, as traders and speculators have loaded up on the coin recently. While that may not be the most sensible business decision, it can prove profitable.

The big question is how this meme token will perform in the weeks ahead. Triggering excitement due to Halloween is a viable marketing approach. Unfortunately, it only works short-term and may not yield significant results after early November. Anyone buying SPKY is taking a big risk, but that goes for all meme coins.

The social engagement regarding SPKY is off the charts. It doesn’t take much to create tremendous improvements when few people talked about it in the previous months. Even so, the weekly gain by over 43,000% in social mentions is rather spectacular. As is the near 700% gain in social engagements. Getting people to engage is always tricky in the crypto world. 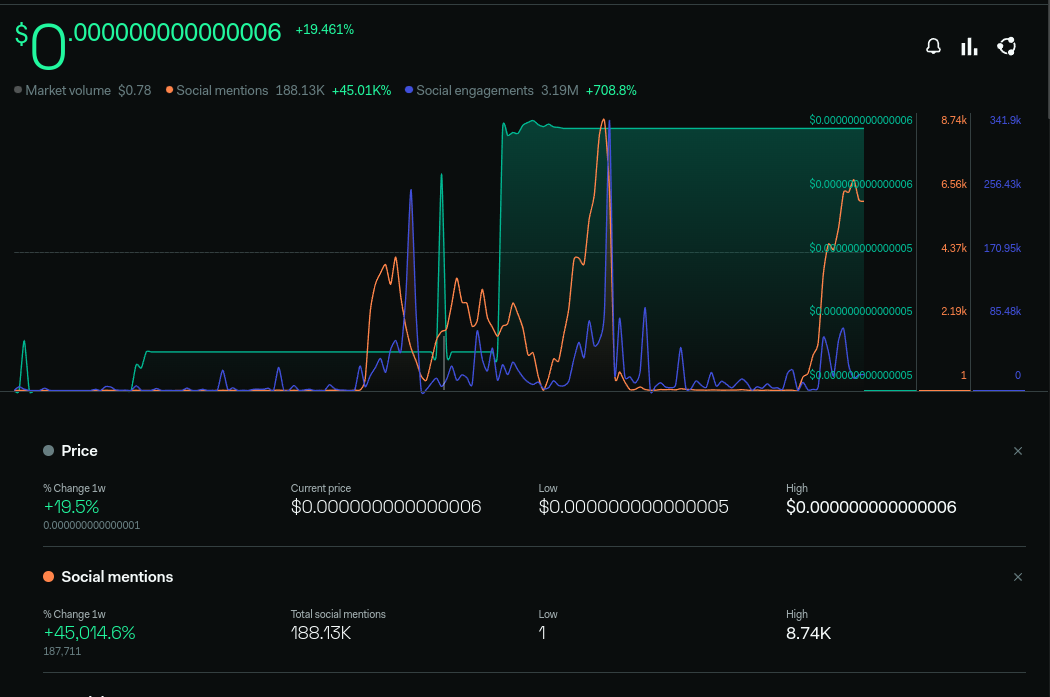 Despite this solid social momentum, the SPKY price barely moved. There is a 19.5% SPKY price increase, but that isn’t too unusual either. Moreover, one asset is worth $0.000000000000006. It is perhaps one of the most affordable meme coins on the market, but that doesn’t make it worth buying. Only invest money you can afford to lose, as you likely will.

The influencers generating buzz for SpookyShiba (data by LunarCRUSH) are: 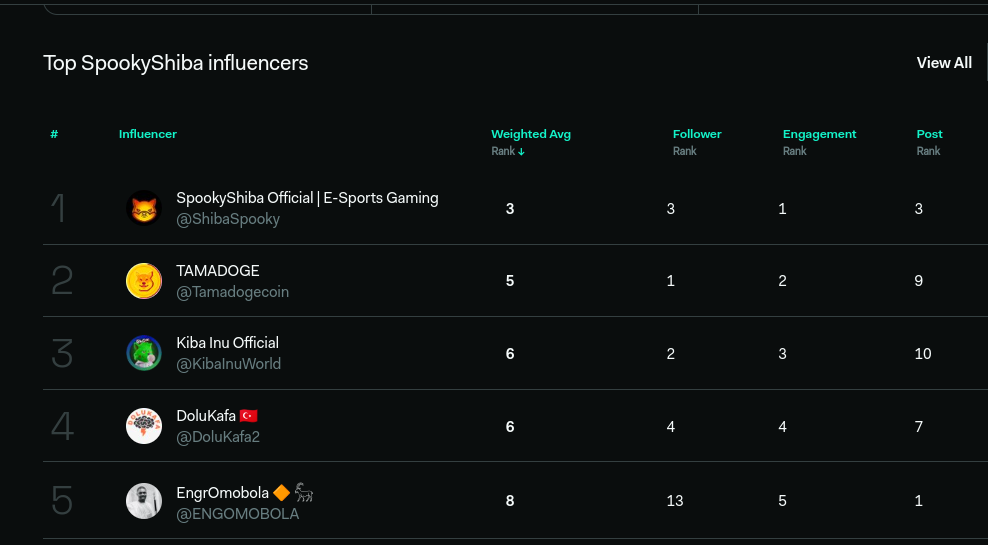 Seeing “competing” meme coins Tamadoge and Kiba Inu on that list is a tad unusual. Even so, every bit helps, and SpookyShiba has gotten on more people’s radars once again. Of course, there is also the recent contract migration yielding holders many more tokens at a ratio of 1000000000:1. As a result, its exact current market cap and circulating supply are anyone’s guess.