Even though South Korea plays a critical role within today’s crypto ecosystem, its booming blockchain industry currently suffers from a lack of talent.

Job fairs are very normal in any country across the world since they attract a lot of interest from a broad range of people. In the case of South Korea‘s blockchain ecosystem, dedicated job fairs have begun popping up in the past few months. A lot of companies are actively looking to hire new staffers, especially if they have any knowledge about blockchain technology and cryptocurrency.

Although these job fairs are not necessarily major events just yet, they do tend to attract large crowds. And though that is a good sign, a new worrisome aspect has begun popping up in this regard.

Most of the blockchain firms active in South Korea are not necessarily looking to pay high wages to their future employees. That in itself is a relatively big surprise, considering this specific knowledge is in such high demand within the small island nation.

The In’s and Out’s of the Matter

The way things stand right now, companies are spending a few thousand dollars monthly to pay for the wages of their new blockchain staffers. Although that is not a bad amount, it is perceived as being relatively low especially considering how so many companies raise thousands of Bitcoin in funding to expand their businesses.

Lowballing potential employees can have an adverse effect on their personal contributions to the company in the long run. There’s little point in raising millions of dollars if one is unwilling to even spend some of it, that too on the personnel who will eventually drive the company’s future growth.

Although the issue in South Korea is quite worrisome, it seems safe to assume the situation will rectify itself sooner or later. With all of the hype and expectations surrounding blockchain technology these days, there will be no shortage of companies hiring and people offering their services in return. Even so, not enticing potential staffers with proper wages seems to hint at a bigger underlying problem which will need to be addressed sooner rather than later. 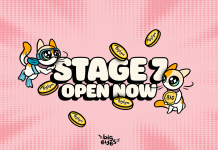 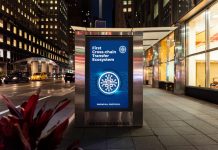