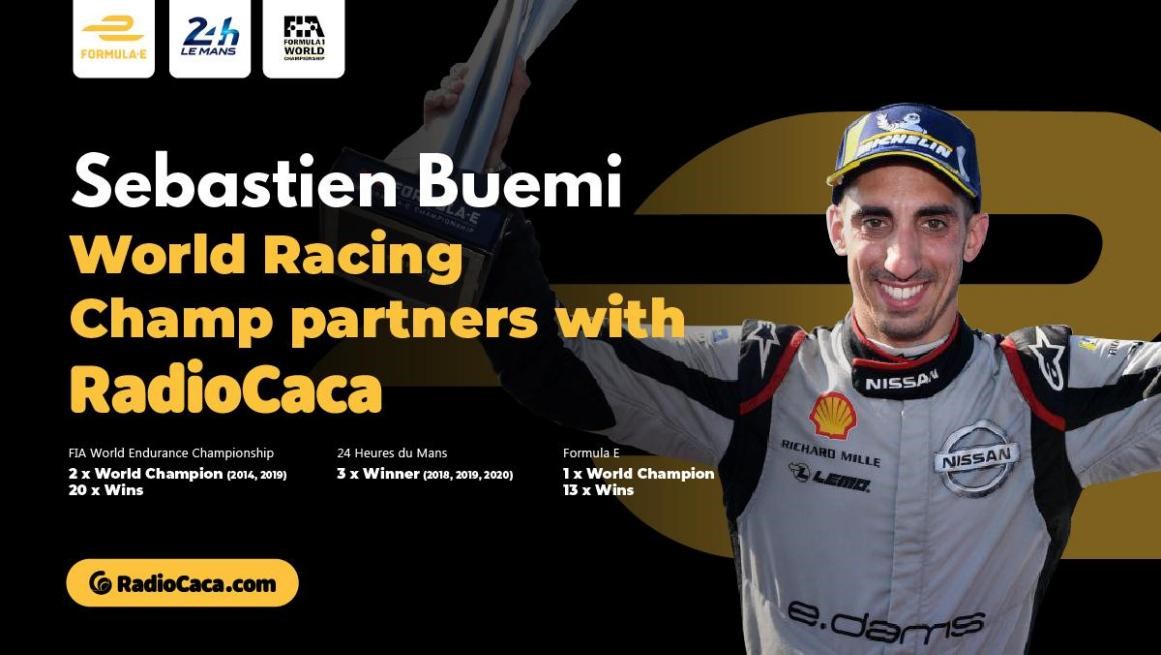 According to the announcement, RACA and Sébastien Buemi will partner and build a racing gaming experience inside the USM Metaverse (United States of Mars).

“I am very excited about the partnership with Radiocaca. I will have my digital avatar to host events and interact with the community and fans, inside the USM Metaverse, throughout my tournaments. I want to keep my NFT collection a secret for now, but I can promise you it will be amazing,” says Sébastien Buemi.

Recently, RACA, which has Moroccan-American Rapper French Montana as its co-founder, announced a collaboration with the Vietnamese Singer Son Tung M-TP in May, who will join its USM Metaverse.

In Whitney’s case, RACA revealed that she “will build a Mega Track Stadium of field athletic activities for the #RACA community within USM Metaverse and have her digital avatar.” Whitney is an American Olympic medalist who won the gold medal in the women’s 4×400 meter relay with a time of 3:16.85 and bronze in the mixed 4×400 meter relay with a time of 3:10.22 at the 2020 Summer Olympics.

Despite the downturn in the cryptocurrency market, the RACA ecosystem continues to grow. Data from DaapRadar reveals that their game, Metamon World, is already one of the top 20 projects in users among all Daaps built on BNBChain. In the games sector, DaapRadar points out that Metamon has the seventh-largest userbase on BNBChain.

The RACA NFT marketplace is also among the biggest NFT markets built on BNBChain, as data from DaapRadar shows that the RACA marketplace has been the top market by volume in the last seven days with a growth of over 7%. In the same period, the broad cryptocurrency market has seen its value fall by nearly $1 trillion, according to data from Coinmarketcap.

Since the beginning of May, RACA has also been announcing a series of news and updates for its play-to-earn game Metamon World. According to data released by RACA, it already has a trading volume of more than $40 million in its in-game marketplace. In total, there have been more than 4 million transactions.

Thank you for placing your trust in us 🤝

Remember, we are actively curbing the supply of #Metamon via buybacks. #BNBChain #Binance @BNBChain @Binance pic.twitter.com/58rvIC1wtL