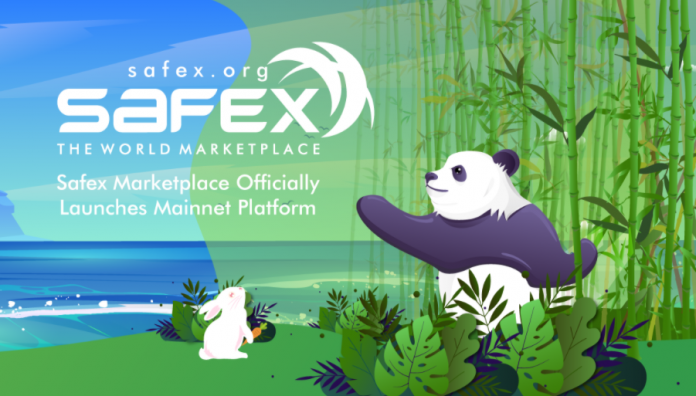 December 23rd, 2020, Washington D.C. — Safex, the blockchain engine for ecommerce, has announced the launch of its new crypto-powered online marketplace. The platform’s native SFX token has also been made available for trading on several popular exchange platforms including Bw.com, Digifinex, Bitrue and p2pb2b.io.

Short for Safe Exchange, Safex is a privacy-focused decentralized marketplace that aims to make digital assets a medium of exchange in online shopping. In the Safex ecosystem, sellers gain exposure to a network of crypto users while 5% of platform revenue is shared among token-holders. The Safex Token (SFT) operates as a utility for the Safex marketplace blockchain and confers voting rights over the company’s decisions. The mineable Safex Cash (SFX) cryptocurrency, meanwhile, is used to pay for products, services and transaction fees.

The launch of Safex is many years in the making, with the original blue paper, entitled “A peer-to-peer marketplace and fungible digital cash system,” having been published in January, 2018. The team’s first product came three years earlier with the auction of Safe Exchange Coin, a precursor to Safex Token. Unlike other Proof of Work (PoW) crypto coins that require expensive mining rigs, Safex is CPU and GPU mineable and ASIC-resistant. The official mainnet launch took place after the validation of block 605700.

The open-source platform enables users to create accounts, generate web stores, and participate in revenue sharing, with benefits flowing to both vendors and shoppers. These include lower transaction fees versus credit cards, fast settlement of payment, reduced risk of digital transaction fraud, and the elimination of intermediaries. Users will also be able to lock their tokens to earn rewards as marketplace activity grows.

“The launch of a decentralized marketplace is truly a watershed moment not just for our team, but for ecommerce in general,” said Daniel Dabek, Founder of Safex.

“This year, we have seen power consolidate into the hands of centralized, data-leaking ecommerce giants, but these platforms aren’t the only game in town. With Safex, we’re ushering in an era of censorship-proof, pro-privacy commerce, where small sellers can reach new audiences and be amply rewarded in cryptocurrency, and where incentives are aligned between merchants and the larger community.

“No more exorbitant fees to list products, no more surrendering your data for centralized platforms to use to their advantage. With features like minimal friction to purchase products, instant funds in merchant accounts after a sale, and shorter wait times for restocking of goods Safex provides a fairer alternative for sellers and buyers alike at listing fees as low as a fraction of a cent.”

Cathay Zhu, CEO of Bw.com said “Alibaba is the one of most famous and fastest growing companies in China. It is an e-commerce marketplace with its own payment system Alipay.  SafeX platform is one more step into the future as a privacy-focused open-source decentralized marketplace platform based Blockchain with its own payment and profit sharing system. We are very excited to work with Safex and to launch SFX on the BW’s To the Moon section. It will give BW users an opportunity to participate in the Safex ecosystem.” 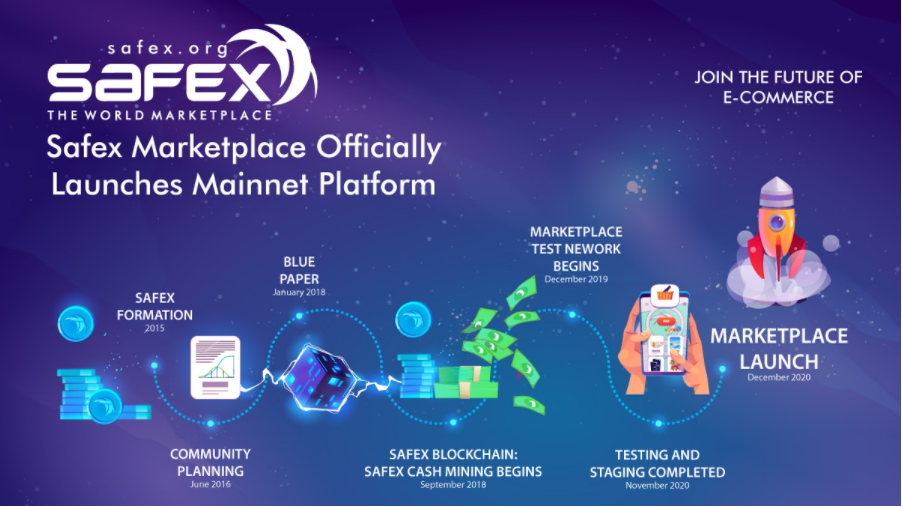 Safex is a blockchain-powered engine for ecommerce, giving vendors and shoppers the ability to transact with privacy using cryptocurrency. A two-coin system, Safex can embed digital assets in any shopping website and provide merchants and customers with privacy and heightened security. Initially built on the Bitcoin blockchain, Safex has since migrated to its own blockchain and is powered by the Safex Token (SFT) community and Safex Cash (SFX) miners. 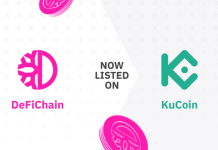 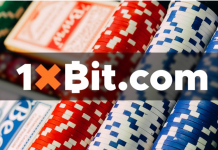 Get up to 7BTC Deposit Bonus and Bet on Sports, Casino Games, Slots and Politics with 1xBit 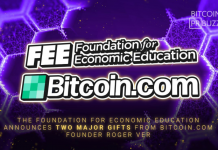 There’s a new Bitcoin Wallet on the line – Cryonik.io

Now that Bitcoin is in everyone's sights, it's the best opportunity to join the crypto community!  After all, we are talking about a cryptocurrency that...