Ransomware remains one of the most lucrative businesses for online criminals to explore. Not only is the number of attacks increasing, but the number of victims paying the ransom rises as well. No one wants to deal with a permanent loss of data, which creates a very troublesome albeit profitable structure for hackers to exploit.

Those who expected the peak for ransomware attacks to have been hit in 2017 may have another thing coming. Although the year 2018 seemingly saw fewer reported attacks, criminals will continue to explore these options whenever they possibly can. In 2019, that trend continues unabated, as the number of ransomware attacks increased by over 350% compared to 2018.

Contrary to what some security experts expected, it is evident that ransomware is now the dominant online threat for companies and enterprises. Consumers have become far less of a prominent target, primarily due to the non-sensitive nature of the data they might lose in the end. For enterprises, that situation is very different. Their business is disrupted as long as the malware remains active, thus paying the ransom is often the easiest solution.

Whereas a consumer might think twice about paying a $500 ransom to get their files back, the situation is very different where enterprises are concerned. They can afford to pay hundreds, if not thousands of dollars without batting an eye. This also explains why the average payment is now $36,000. That is an absolutely mind boggling figure, although one that is expected to increase even further.

Compared to several years ago, it has almost become normal to deal with ransomware strains demanding a six-figure payment. Albeit not all of these requests are honored, in the end, it leaves a lot of wiggle room for the criminals to come to a more agreeable sum. Even if that sum is cut in half, it still leaves up to half a million dollars on the table. An unacceptable situation, for rather obvious reasons.

Perhaps the biggest problem in all of this is how long it takes for enterprises to deal with a ransomware attack. One would expect these procedures to have improved in recent years, but nothing could be further from the truth. Even in 2019, it still takes nearly 10 days for infected companies to fully resolve this type of malware attack. Why this still takes so long using modern technologies and plenty of warnings to learn from, is impossible to determine.

Until corporations start to take these threats more seriously, ransomware attacks will remain prominent. Criminals are more than willing to explore a big payday with little to no effort. Some companies will be able to deal quicker with these types of attacks than others, but overall, there is still a lack of  “respect” toward the threat this form of malware possesses. Paying the ransom simply isn’t the answer to making these problems go away. It will only create an adverse effect. 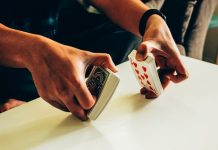 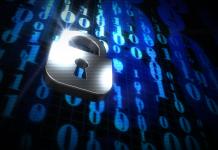