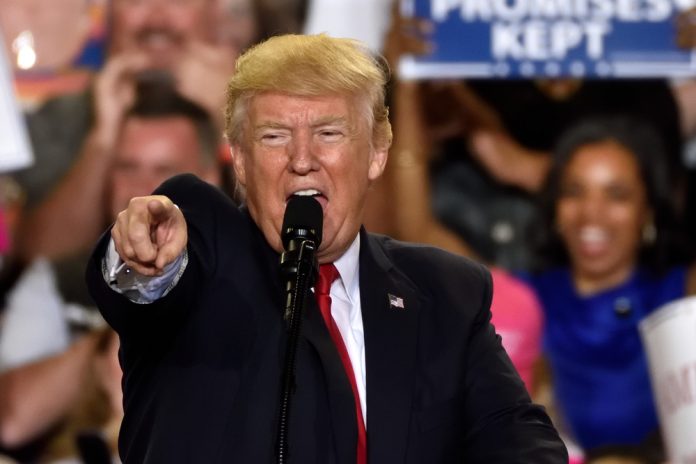 The current financial situation in the United States continues to frown many eyebrows. President Trump has issued another plan to effectively build his wall on the border between the US and Mexico. After not receiving the necessary funding to do so, he now plans a “national emergency” to move this process along.

A Bold Plan by President Trump

On the surface, it is commendable to see people stick to their ideals and beliefs. If something is the best course of action, there is no reason to back down from that ideal. When it comes to President Trump’s wall on the Mexican border, the opinions regarding this project are scattered. It is also part of the reason why the United States went through a lengthy shutdown in recent months.

Although no further progress has been made in this debacle, the President himself has come up with a new plan. Rather than wait for funding to be approved through normal channels, he will declare a national emergency which could commence later today. The goal is to use this national emergency to effectively build the proposed wall. This is in stark contrast to his earlier commitment not to finance this idea after all.

This new development comes at a most peculiar time. The shutdown in the US was finally ended last night, yet it is a bit unclear if this national emergency may rekindle these debates next week. Declaring such an emergency to access billions of dollars will create a lot of backlash. The US government is already as divided as it can be right now, and this new plan will only make the situation worse for all parties involved.

As part of this new plan, the goal is to use money for fencing along the border combined with other money from “unnamed programs”. It is a very bold and dangerous plan, but one that can give President Trump what he has desired for so long. However, there is still a long way to go before this national emergency is effectively declared, as the political repercussions would be quite severe.

If this plan is to be put in motion. President Trump can spend up to $8bn on this wall. This is a lot higher compared to the initial $5.7bn required for this venture, which Congress aptly refused on every possible occasion. Some people see this as the President delivering on his initial promise, whereas others consider it the most ludicrous decision any US president has made to date.

How all of this will pan out over the coming weeks, remains to be determined. There is a lot of backlash to deal with even for just proposing this bold idea, let alone executing it. It would certainly put a lot of strain on the US economy, which hasn’t been doing too well in recent years. Ending one fight to open up a whole new can of worms can only go well for so long, unfortunately.

1inch.exchange, a revolutionary Ethereum decentralized exchange (DEX) aggregator, is excited to announce its partnership with Bitquery.io, the blockchain data provider. Through this partnership, 1inch...