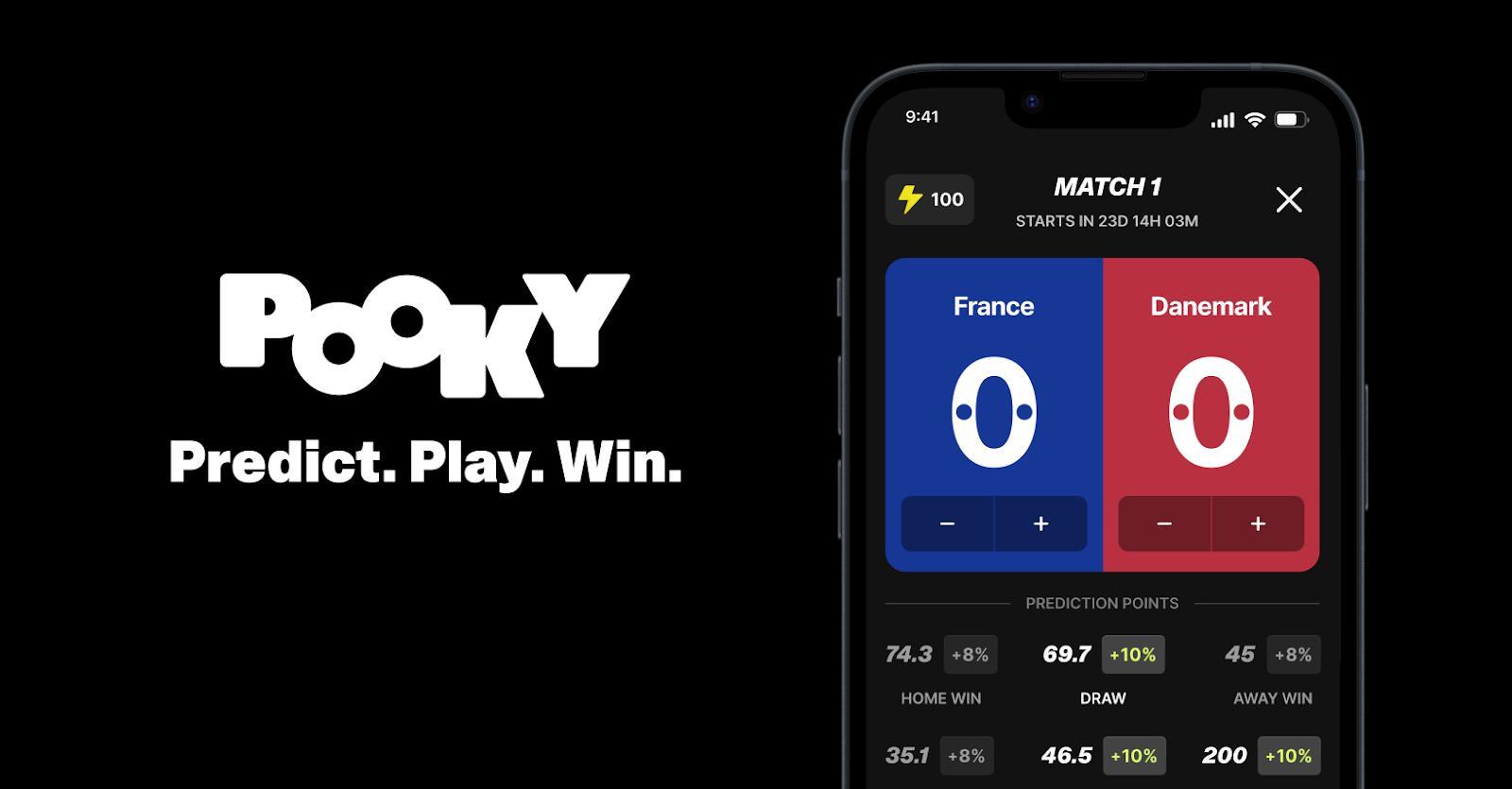 The free-to-play beta launch of the much-anticipated game will be available in time for the FIFA World Cup, which kicks off a few days later on Nov. 20, and will run throughout the tournament. Those participating in the public beta will receive a whitelist spot to mint an exclusive Genesis Pookyball (NFTs) during the project’s private sale in January 2023.

Pooky is on a mission to transform sports betting, starting with football. The prediction game centers around Pookyball NFTs. Each Pookyball gives its holder the right to enter the prediction game, where they predict results from the major football leagues and tournaments on Earth, including the FIFA World Cup, English Premier League, Italian Serie A and Spanish La Liga.

Players never risk losing their NFT; it’s theirs to keep forever. The model encourages social interaction around the world’s most popular sport with none of the downsides associated with traditional gambling. Players get to enjoy the thrill of having something riding on a game without the risk of addiction or the financial worries that accompany it.

Players guessing the outcome of football games receive points for predicting winners, number of goals and exact scores. They’re ranked on a leaderboard and top players can win crypto and rare Pookyballs. The points scored matter — even for players not topping the leaderboards. Points scored will be converted into Experience Points (PXP) which are necessary to upgrade Pookyballs increasing chances to score more points in the next prediction round and therefore maximize players’ in-game rewards.

Pooky has worked with specialist crypto economists, token engineers and game designers to create sustainable game economics. A single, capped supply ERC-20 utility token will serve as the title’s in-game currency, providing a medium of exchange and player rewards. The game will operate using a rewards pool per season and per competition, and distribute payments based on token in-flow.

Unlike play-to-earn titles that suffer from rampant token supply inflation, Pooky does not award tokens for simply playing. Instead, gamers must demonstrate skill to top leaderboards rankings to maximize rewards. Spending tokens on upgrades not only increases their chances of receiving rewards but also burns a percentage of the amount spent, providing further value to the players. The result is a long-term, sustainable circular token economy absent in many of today’s play-to-earn efforts. Pooky is built on a “Play-and-Earn” model focusing mostly on gameplay and entertainment, rather than just the earning side.

The initial public beta will enable players to play the game’s free version, and can start unlocking rewards. Slightly different from the play-and-earn version described above, players receive two free Rookyballs and PXP rewards will be lower than in the full, NFT-driven version.

“We wanted to build a healthier alternative to traditional sports betting. By going back to the roots of sports prediction — challenging friends and demonstrating your knowledge of the beautiful game — Pooky encourages social interaction and fun whilst creating communities, both on and off the platform,” said Stefano Riff, co-founder of Pooky.

Pooky’s initial version will only support football. However, the company plans to add tennis, basketball, Formula 1 and other sports in 2023.

Pooky was founded in 2022 by Claudio and Stefano Riff. The brothers are big sports fans, and have first-hand experience with existing sports betting platforms and their shortcomings. Pooky was directly inspired by Stefano being blocked from using online sportsbooks for seemingly winning too much from it.

The pair committed to developing an alternative to the traditional betting model underpinned by blockchain technology. The company operated out of the public eye, recruiting senior team members during summer 2022, and was officially incorporated in September.

Pooky raised more than €3 million from pre-seed investors, including Claster Investments VC. Advising the startup is a highly experienced group of managers and executives within the sport, gaming and blockchain industry.