The House passed the Eliminate Barriers to Innovation Act (20 April 2021). The passed act requires the Securities and Exchange Commission (SEC) and the Commodity Futures Trading Commission (CFTC) to establish a working group with the goal of clarifying in which cases the jurisdiction over a certain token belongs to SEC and in which to CFTC.

SEC’s Commissioner, Hester Peirce, has published an updated version of her Safe Harbor proposal for token offerings (13 April 2021). The updated Safe Harbor proposal updates Peirce’s 2020 proposal, which suggested a three-year grace period for network developers within which, under certain conditions, they can facilitate participation in and the development of a functional or decentralized network, exempted from the registration provisions of the federal securities laws. The updated proposal reflects constructive feedback provided by the crypto community and includes a number of changes, most notably, (i) a requirement for companies to provide the SEC with semi-annual updates; and (ii) an exit report requirement, that is, a requirement to submit a report, made by an outside counsel, explaining whether and why the network is decentralized or functional, at the end of the grace period. The exit report requirement provides a guidance on the matters to be addressed while explaining that the network is decentralized.

Becoming the Norm Globally, A push to further regulate the industry has been adopted by majority of the globe and All current blockchains which have issued a ICO are fair game to the industrial security commissions.

The SEC’s suit against Ripple in December 2020 last year sent shockwaves through the Crypto industry.  With it fell the XRP price as it was delisted from major exchanges like Coinbase.  In February this year, another suit was filed against LIBRY.  The SEC is looking for more Crypto projects to attack as unlicensed securities, and so are securities enforcement agencies of other countries in the G7 and beyond.  Who is next?

As the Ripple lawsuit shows, this SEC enforcement action happened 7 years after the ICO release.  XRP was a leading Coin, trading on exchanges, where millions of coins have exchanges between millions of unknown users.  Those who bought their XRP on an exchange suddenly found their price had plummeted and less exchanges to trade it.  How bizarre that an enforcement agency, claiming to exist to benefit investors, has destroyed their investment?

Yet that is the world we live.  Some capital raising 7 years ago by the founders can risk the value of your investment that you purchased on an exchange.  How many tech projects have the money and resources to fight against it?   Most just give in and pay fines, often destroying the project.  How do crypto projects stay safe without hiring an army of lawyers at the expense of developers?

“The critical way to stay on the correct side of the law that NuGenesis offers crypto projects is three fold: (1) use and customise NuGenesis blockchains and avoid using investor capital to build the blockchain; (2) use NuGenesis’ minting system for Coin release so that coins are produced by the protocol; and, (3) use a Governance and Treasury reward system customised to ensure that reward and value is created by roles in the protocol”

“Ultimately, securities regulators are concerned that promoters of an investment have an informational asymmetry over investors who are relying upon them for their investment’s value.  NuGenesis gives projects the tech so that all the relevant information is the blockchain protocol and it is that protocol upon which the investors rely for their investment value.  That way, it is not a security, but simply tech.” 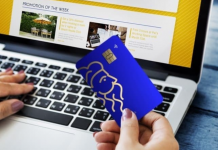 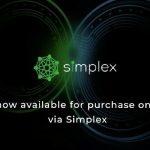 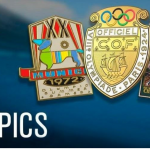 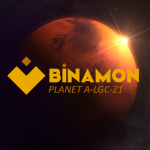 Binamon Metaverse will Include its First Planet – It Will be Sold for Millions...

Press Releases
As if it were a science fiction movie, in the best Star Wars style, the world of NFTs never stop to amaze us. After...

There is much debate taking place regarding the future of Internet Computer (ICP). On a technology level, it remains one of the more revolutionary...