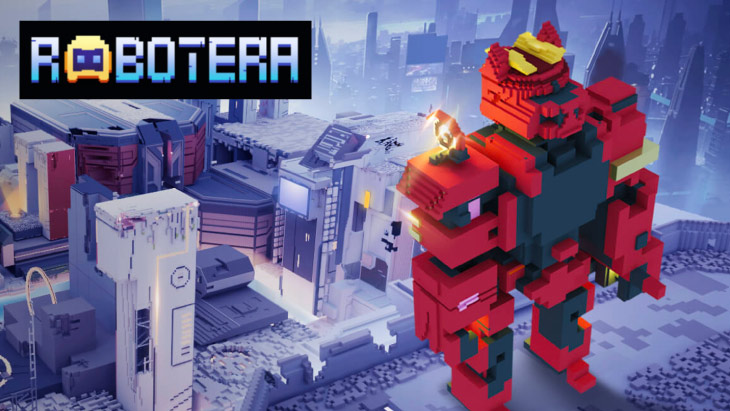 RobotEra is building a sandbox-like planetary reconstruction metaverse. Players will become a robot, manage their own land, and participate in the construction of the world. Players can also obtain resources from the land to create robot companions. In RobotEra, players can create freely according to their own imagination, and start a new era with other robots. Additionally, Robotera offers a shared multiverse connected to other worlds, opening theme parks, concerts, museums, and more. Create, share, operate, explore and trade in Robotera with many NFT communities.

RobotEra aims to provide players with a powerful multi-dimensional metaverse platform that integrates entertainment, creation, management, exploration and interaction, making RobotEra not only a colorful game, but a second world that can benefit from crypto currencies and digital assets.

The world that RobotEra players live in is a planet of Tero that has just experienced a catastrophe, in which the aborigines and old robots have been killed in the war between the two sides. There are only 10,000 robots of various shapes hidden in the depths of the planet, who wake up after the big bang with humanized thoughts and emotions. This group of robots with human minds became the masters of this beautiful planet. Facing the ruined planet after the war, they will use their expertise to restore the planet’s past prosperity and create a more brilliant civilization and future.

The gameplay settings of blockchain sandbox games are more or less similar, and RobotEra adds a lot of entertainment to traditional sandbox games.

1. Similar to many blockchain sandbox games, RobotEra players get their avatars in the metaverse through Robot NFT. Robot NFT is the incarnation of players in the metaverse, through which players can interact in the game and mine , construct etc.

The difference is that although Robot NFTs cannot be created at will, players can freely edit and replace their Robot NFTs through the Robot Editor. There are a total of 10,000 Robot NFTs and are divided into seven camps, the camps are Guardian Song, Ω, Justice League, Trailblazers, War College, Lava and Desire for Paradise. These seven camps have different characteristics and attributes, and the number is also different. This setting not only increases the entertainment, but also create more room for Robot NFT appreciation.

2. In addition, RobotEra has added a lot of novel gameplay. For example, in RobotEra, Robot NFT does not have any combat attributes, it will not die nor directly participate in combat. If the player wants to take part in the battle, they must send their robot partners to do so.

Robot partners require players to assemble themselves by collecting resources. Players can assemble robot partners with different attributes and skills. Each robot partner will be a unique NFT, which can be sold in exchange for income, or can be earned while playing. Actually robot partner is a helper for the defense of the land and plundering resources, and does not appear in the game at first sight.

3. Furthermore, every blockchain sandbox game has a platform that players can build at will, and RobotEra is no exception. The planet Tero where RobotEra players live is divided into seven continents, each of which has its own unique resources for making unique robot of their own faction. Players can get a piece of their own land through airdrops or purchase by themselves. Players have absolute autonomy on their own land, they can build as they want, and trade in the market to gain profits.

If the player lacks some resources during construction, they can go to the public continent to get it. The public continent is randomly generated by the system and has a wealth of renewable resources for players to collect. In addition, it is worth noting that players who hold Robot NFT will have the opportunity to receive official land airdrops in various activities. Players who have not received the airdrop can also wait for the next wave of airdrops or purchase directly.

RobotEra not only has a complete background story and wonderful gameplay design, but also technically realizes the original development of the editor. There are currently two in-game editors in the project, the land editor and the robot editor.

Robot Editor: Players can edit their own robot protagonist (Robot NFT), or robot partners. After entering the game, players will get an officially provided robot NFT, which can be replaced later by using the robot editor to create a more personalized robot protagonist. Robot Editor is a unique utility in Planet Taro.

Land editor: After players have their own land, they can do anything in their land, such as mining and gathering resources, building houses, and making friends with robots. Obviously, the land editor can make it easier for players to create freely.

The development of the editor can enable RobotEra to have more scenarios, and the editor is currently preparing to be tested and launched.

To sum up, from the background story and the world view of the project, RobotEra’s design is complete and wonderful, and it might create a more active Web 3 scene. From the perspective of gameplay design, RobotEra is similar to the design concept of many sandbox games, but has its own uniqueness. From the technical point of view, two unique editors prove the strength of the technical team.

In addition, it is worth mentioning that RobotEra is still an early blockchain sandbox game project. Although the vision and goals of the project party are very ambitious, how to develop the project in the future still needs time to witness. The greater the opportunity, the greater the challenge also.