HANOI, VIETNAM / March 4, 2022 / Nekoverse, an expansive metaverse world and a Play-to-Earn (P2E) MMORPG built on the Solana blockchain, has announced it will partner with gaming NFT marketplace Fractal for an upcoming minting and whitelist sale of its second NFT collection offering: the Nekoverse Pancha Triad.

Through their engagement and contributions to the community, Nekoverse members can earn exclusive Elder Whitelist tokens, which can be exchanged for a Pancha Triad NFT during the mint. The most active and longstanding members will be added to our Elder Whitelist, whose tokens guarantee a mint in the offering. Only Elder Whitelist members’ mintings are guaranteed, but all users eligible for whitelist tokens will start receiving them in their wallets soon, with a public sale to follow.

Minting will roll out in the following order:

Elder Whitelist (gold token): To be distributed to early members of the Nekoverse community. A total of 1,000 wallets will receive two tokens apiece in a whitelisted mint, meaning minting is guaranteed. The 24-hour sale kicks off at 8 a.m. PST on Sunday, March 6.

Community Whitelist (silver token): A total of 5,000 Nekos will be made available for this whitelisted mint, to be distributed among Nekoverse community members and certain Fractal NFT holders. Nekoverse members will each receive three tokens, and the two-hour minting window starts at 8 a.m. PST on Monday, March 7. Unsold Nekos will roll over to the public mint.

Public Mint: All remaining Nekos will be available for sale to anybody with a Solana wallet starting at 11 a.m. PST on Monday, March 7 and running for 3 hours.

All eligible wallets will automatically receive their gold and silver tokens sometime before the mint date, and all whitelist tokens will be consumed by minting a Neko. Please note: Your whitelist token does not guarantee a minting unless you are in the Nekoverse OG Whitelist.

In the Nekoverse metaverse, players are encouraged to explore every corner of its vast virtual realms, interacting with fellow Nekozens, gathering resources, or facing off against competitors in PvE or PvP-style battles.

Blockchain technology enables the game’s comprehensive, player-driven decentralized economy, and its in-game DAO governance mechanism allows players to not just own the in-game assets they accumulate, but to also have a direct voice in shaping the story of the game as it unfolds as well as take part in its continued development.

Nekoverse is a MMORPG Play-to-Earn (P2E) game built on the Solana blockchain. It’s also the name of the in-game virtual world, or metaverse, where players can explore, battle, and farm their way to real-world monetary value. Blockchain technology allows players to be rewarded for their skill, as well as their participation in the community with Anima Spirit Gem ($ASG), Nekoverse’s native token which is used as in-game currency.

Fractal is an open gaming NFTs marketplace facilitating listings of NFT drops for gaming worlds and allowing them to create durable in-game assets they can sell directly to players. Players can discover new NFT games, or buy and sell the NFTs they already hold. The company was founded by industry veterans including Justin Kan, Robin Chan, David Wurtz, and Mike Angell. 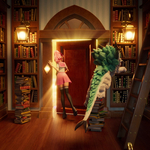 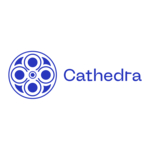 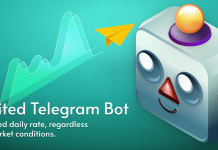