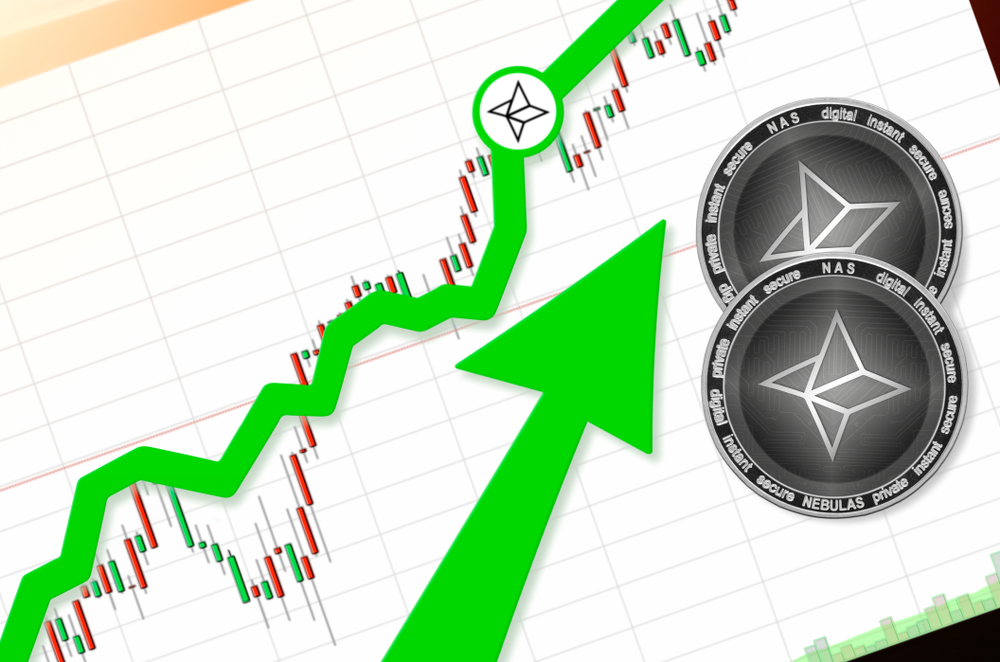 There is plenty of exciting cryptocurrency market action among smaller-cap altcoins these days. The Nebulas price is an interesting example, as it notes gains of over 22% in the past few hours. This value increase is facilitated by the ongoing rise in the NAS/BTC ratio, and a nice bump in overall trading volume.

After a very problematic first nine months of 2018 for all altcoins, it seems positive momentum might loom around the corner. There is plenty of price action taking place, although it remains to be seen how long these trends will remain in place. If Bitcoin were to go through another brief crash, it is not unlikely altcoins will some steep setbacks along the way as well.

For the Nebulas price, the current trend looks increasingly positive. A strong 23% increase has been noted in the USD department, whereas the BTC ratio has also evolved in the same direction. This shows there is a lot of interest in this particular altcoin right now, although the momentum may result in profit-taking fairly quickly. Some interesting developments are taking place which may hint at an ever steeper NAS price increase to come.

According to the Nebulas developers, there is a new major breakthrough for dApp developers. The Nebulas Rank initial version has been released and can now be integrated into dApps running on top of this network. For those applications which thrive because of blockchain data, the Nebulas Rank feature may provide a lot of benefits accordingly.

#Nebulas is pleased to announce that the initial version of Nebulas Rank (NR) has been released and is ready for DApp integration! Developers can use NR to explore a new dimension of blockchain data. This is the beginning of a new blockchain era! https://t.co/bwdhU0QPQh

Additionally, the nebulas developers and the Council have partnered with Atlas Protocol to airdrop tokens to all NAS holders. This creates another incentive for NAS holders to keep their tokens in a wallet they can control. Being able to receive smartdrop tokens free of charge is something that will entice a lot of users in the coming weeks. The airdrop snapshot will be taken on October 15th.

To show our sincere gratitude to the #Nebulas community, the Nebulas Council (NTC), together with Atlas Protocol have decided to issue a Smart Airdrop to all NAS holders. The SmartDrop will take a blockchain snapshot on October 15th. Read the details now @ https://t.co/ubAcXzQ3AI

Speculators and traders are quite excited about this most recent Nebulas price increase. FOMOSAURUS claims this is the beginning of a new “altcoin season”, albeit it is too early to say for sure. If this trend keeps up, there is a very good chance the NAS price will go through another surge before the week is over.

If this momentum keeps up, the cryptocurrency markets may see a strong rebound later this year. It may not necessarily resemble the momentum taking place throughout the second half of 2017 and January of 2018. For Nebulas speculators, the current trend looks promising, although its longevity will always remain in question.