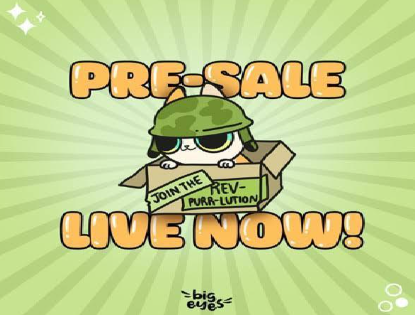 To be called the King or one of the Kings of the meme coins is no mean feat. There are hundreds, if not thousands, of meme coins out there, with more being launched daily, and each claims to be better than all the others. Being able to separate the wheat from the chaff involves a lot of work, and even then, there’s no guarantee that the chaff won’t become the wheat down the road. Ultimately, the most significant deciding factor in the success of a meme coin is its popularity. That’s why all meme coins are more or less in a popularity contest. Today, we have two of the most popular meme coins, Dogecoin (DOGE) and Shiba Inu (SHIB), along with the new entrant Big Eyes Coin (BIG), which we picked because of all its traits which will earn it popularity in the cryptoverse. Without further ado, let’s review these coins.

Big Eyes Coin (BIG) is relatively new in the market but has attracted much attention. Many people are speculating on how big it will become, with some saying it has the potential to become the next Shiba Inu (SHIB). This isn’t far-fetched because the one thing that makes a meme coin successful is its popularity. Big Eyes Coin Coin (BIG) is on its way to being one of the most popular meme coins in the cryptoverse because of its adorableness. Big Eyes Coin is a cat with big adorable eyes, the type that makes you want to spend all your money on it. It’s capitalizing on its cuteness to win over the hearts of people in the cryptoverse, and so far, it’s working, with Big Eyes Coin (BIG) popping up more and more in conversations about meme coins. With all these happening, buying Big Eyes Coin (BIG) seems like a no-brainer, especially if you’re looking for the next Shiba Inu (SHIB). 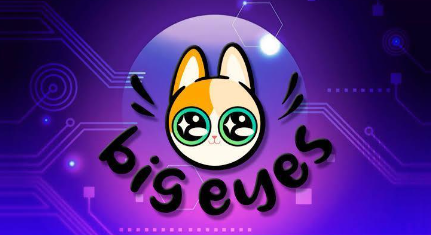 Big Eyes Coin Coin (BIG) is currently on presale, and numerous bonuses are available for those who get in on it early.

The Phenomenal Rise of Dogecoin (DOGE)

Dogecoin (DOGE) before 2019/2020 was a more or less unknown coin. It had no utility and was practically a joke. And that was the idea behind it; to be a joke of the crypto market. It stopped being a joke, though, in late 2019 to early 2020. Elon Musk was key to the rise of Dogecoin (DOGE), as he brought in the hype that made people rush in on Dogecoin. He kept proclaiming “Dogecoin (DOGE) to the moon,” and people bought it out of the fear of missing out. Thus, the meme coin market was born. Dogecoin is still the number one meme coin worldwide, with Shiba Inu (SHIB) closing in.

Shiba Inu’s (SHIB) rise to prominence was the most delightful one, even more, delightful than Dogecoin’s rise. When Shiba Inu was launched in 2020, people who missed out on Dogecoin felt they had a second chance at hitting the jackpot and threw their money into it. As a result, Shiba Inu (SHIB) quickly rose in price, and the more it rose, the more people rushed into it due to the Fear of Missing Out. In a short time, Shiba Inu (SHIB) was the second largest meme coin in the world and one of the top ten largest cryptocurrencies in the world. It’s poised to continue its steady rise to the top, so the earlier you get in on it, the better.

If you’re starting in the crypto markets, then the three above-listed coins are ones you should watch out for. If you play your cards right, they’ll make you a fortune.

For more information on Big Eyes Coin (BIG), go to: