The phrases cryptocurrency and environmentalism don’t typically go together. Due to its high emissions production, cryptocurrency has developed a negative reputation for its carbon footprint, with Bitcoin (BTC) as the best example. As a result, many individuals steer clear of cryptocurrencies.

Some coins, though, have incorporated this and actively changed the game while having a good influence on the environment. Big Eyes Coin (BIG) and Solana (SOL) are two coins participating in this. We examine each coin’s efforts to mitigate the damaging impacts of cryptocurrencies on the environment in this article while posing the question if this is enough.

Bitcoin (BTC) – The King of Crypto

Bitcoin (BTC) is an excellent example of a well-known name in the cryptocurrency sector. In 2008, a person or group known as Satoshi Nakamoto unveiled Bitcoin in a whitepaper. It was still shrouded in mystery when it was introduced in January 2009. Peer-to-peer (P2P) transactions can be carried out directly between members of an independent and equal network structure without the requirement for third-party authorization or help. Bitcoin is a decentralized cryptocurrency that allows for peer-to-peer internet transactions.

The fact that Bitcoin was the first of its sort to be built and used, even though many have actively attempted to imitate this kind of decentralized electronic money, gives it the upper hand. This contributed significantly to Bitcoin’s uniqueness, along with the fact that it managed to forge an international community that transcended national boundaries and gave rise to an entirely new industry that is now home to millions of genuine followers who spend their days creating, using, and trading Bitcoins and other cryptocurrencies.

Over the years, Bitcoin has experienced a few setbacks that have contributed to its erratic rise and fall in value. However, it never experienced a sustained decline and has continued to hold onto its well-earned crown and position at the top of the heap, with an impressive market cap of about $409 billion.

Why Is Cryptocurrency Harmful To The Environment?

A crucial component of currencies, cryptocurrency mining, is an automated procedure that validates transactions without the involvement of a third party. This maintains the security of blockchains that utilize proof-of-work consensus and guarantees that the currencies are independent of personal control and free from criminal activity.

However, this operation, which consumes a significant amount of energy, is dependent on the computing power of thousands of mining machines. Fossil fuels are the main energy source in most nations where cryptocurrency is mined. As a result of these machines’ massive energy consumption, tons of carbon are released into the atmosphere, which is one of the primary causes of global warming.

To put these emissions into context, more power is consumed by Bitcoin than Belgium, and Finland combined, representing an estimated 85TWh, or 0.38% of the world’s energy production (according to energy estimates made in 2019). Ethereum, meanwhile, uses about as much energy as Switzerland does.

Bitcoin generates over 36,000 tonnes of electronic garbage annually, which is exceedingly difficult to eliminate and has a terrible environmental effect. These alarming numbers must change.

How To Go Carbon Neutral With Solana

Solana (SOL) committed to maintaining its carbon neutrality during 2022 after being fully carbon neutral in 2021. This declaration was ground-breaking because it demonstrated how effectively a powerful “Ethereum Killer” coin could become carbon neutral. Cryptocurrency mining transactions don’t have to harm the environment, as Solana (SOL) has demonstrated.

To eliminate the requirement for energy to validate transactions, Solana (SOL) adopts a “Proof of Stake” mining methodology as opposed to a “Proof of Work” strategy. This approach has been incredibly effective, as the currency consumes 99.99% less energy annually than Bitcoin. Other benefits of the “Proof of Stake” mining methodology include maintaining the system’s efficiency and security.

Solana (SOL) currently consumes more energy to perform two Google searches than to complete a single transaction on its platform. However, Solana (SOL) goes further. According to Green America, one of the greatest methods to lower CO2 emissions is “refrigerant destruction,” which has received funding from the environmental Solana Foundation. This procedure will aid Solana (SOL) in keeping its carbon neutrality over the long run.

Beyond its immediate effects, Solana (SOL) is actively working to support environmental protection in general. It is in favor of destroying HFC and CFC refrigerants. These particles harm the environment 10,000 times more than carbon dioxide does. To make businesses accountable for their activities, Solana (SOL) has teamed with a firm called Watershed that assists in measuring, removing, reducing, and reporting on the carbon status of organizations.

Given their commitment to refrigerant annihilation, relationship with Watershed, and Proof-of-Stake mining, Solana (SOL) is unquestionably one of the most energy-efficient currencies.

Big Eyes Coin (BIG) is a new coin that follows in the philanthropic footsteps of Dogecoin (DOGE). They have taken matters into their hands to actively alter the situation because they recognize the possibility of making a significant environmental difference.

Greenpeace makes it very obvious that safeguarding our seas is essential. Ocean welfare has been severely harmed by the costs of plastic pollution, oil spills, global warming, and overfishing. Over 70% of the Earth’s surface is covered by the oceans, which significantly influences the climate problem since they can absorb atmospheric CO2.

The charming crypto cat representing Big Eyes Coin (BIG) is especially fond of sushi. He is concerned about how our ruined seas would affect his favorite food in the long run. To support ocean sanctuaries, the Big Eyes Coin (BIG) project puts 5% of its tokens into a charity wallet. By its “Catwalk” stage, Big Eyes Coin (BIG) intends to contribute $1M to these charities, according to its Roadmap. Sufficient to significantly impact ocean well-being.

Underwater species have the chance to recuperate from the negative effects of human activities in ocean reserves. They serve as underwater National Parks, guarding the fish against oil rigs, plastic pollution, and overfishing. Statistically, wildlife thrives, and fish grow bigger and healthier inside ocean reserves. Both whales and krill participate in the removal of carbon from the atmosphere and help to store it in the deep ocean. Therefore, ocean sanctuaries will lessen the damage caused by global warming by increasing the number of species that consume carbon dioxide.

As a result, Big Eyes Coin (BIG) is changing the game in terms of climate catastrophe by both increasing awareness and contributing money to worthwhile charities.

Everybody who has heard of cryptocurrencies will be familiar with the basics of Bitcoin. Since the market’s launch in 2009, the crypto behemoth has controlled it. The face of cryptocurrency has remained Bitcoin, even in difficult times. Will the old consensus algorithm of Bitcoin, nevertheless, be its downfall? There is a chance.

As the maximum number of Bitcoins is accessible for mining, miners may seek a new PoW cryptocurrency such as Dogecoin. More than 90% of Bitcoins have been mined, leaving only 1.8 million!

However, there are other reasons Bitcoin users would abandon the network. The environment is the most noteworthy. Bitcoin consumes an enormous amount of energy each year, equal to that of Argentina! High carbon emissions stem from excessive energy usage.

Bitcoin and other cryptocurrencies are being held accountable for their environmental impact. It is one of the reasons Ethereum opted to use PoS. While this is not an option for Bitcoin owing to the effort required to create a currency, it does not halt the negative press around Bitcoin. 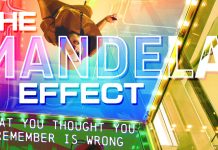 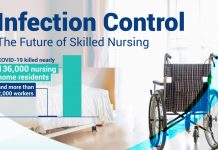 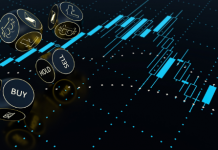 Uniglo (GLO), Nexo (NEXO) And STEPN (GMT) Are The Best Hidden Treasures Of The Crypto World