Crypto acknowledgement has moved one more step into the mainstream, with Arsenal Football Club, one of the oldest and most successful football clubs in England, announcing a new official betting partnership with crypto sportsbook Sportsbet.io until 2023.

Doubling down on football

Having already partnered with Southampton as a shirt sponsor before the new season kicked off, Sportsbet’s surprise deal with Arsenal FC now means that it is a sponsor of 10% of all the teams now playing for honors in the English Premier League.

Arsenal have already started the season brightly, winning the Community Shield two weeks ago when they beat reigning champions Liverpool FC on penalties.

Arsenal Commercial Director Peter Silverstone spoke of the mutual respect Sportsbet and Arsenal had for each other, as pioneers of innovation in their respective fields. Arsenal is well known for being the first club in English football to use a scientific approach in dieting and fitness in the late 1990s, during an era where footballers sometimes were known to lead exuberant lifestyles. The club also set up an Arsenal Innovation Lab in 2017 to foster creativity in budding startups. Silverstone added: “We are proud to partner with a market-leading company that is at the forefront of the innovation journey of the gaming industry.”

Sportsbet said that it was keen to work on building unique experiences in entertainment to reward Arsenal’s large global fanbase — thought to be in the range of 125 million at least — as well as its own loyal customers. It will also seek to grow Arsenal’s growing influence in women’s football to develop that aspect of the game in Estonia, Sportsbet’s base of operations.

Arsenal coaches will conduct football clinics for the Estonia’s youth women’s team to ensure that future talents are inspired and groomed for professional sport. The new partners have also committed to collaborate on possible social change movements, while promoting safe and responsible gambling.

Coingaming Group (which owns the Sportsbet.io brand) founder Tim Heath explained that the sportsbook would focus on engaging digital content for Arsenal’s following of over 80 million online, including over 6 million followers of Arsenal Women — the biggest of any women’s sports team on Earth.

Heath referred to Arsenal as “one of the most celebrated teams in the world” and said that a deal spanning three years was a significant venture that everyone involved are very excited about, especially as the club has been driven to innovate the industry of sports, alongside Sportsbet’s own efforts in the crypto space. He said:

“Watch this space, as we seize the opportunity to promote crypto gaming awareness, and hope to push forward crypto gaming adoption on a scale never seen before in football.”

A recognized name in crypto and in English football

Sportsbet is no stranger to the top tier of English football, which is also the most lucrative in the soccer world, with hundreds of millions of viewers tuning in every week to watch the games live. Last season, it made huge waves when it became the main shirt sponsor for Watford FC, also a London club, ensuring that the famous Bitcoin logo featured on football pitches for the first time. Though Watford would eventually be relegated to the Championship, Sportsbet continues to honor that deal, and signed on yet another Premier League staple in the shape of Southampton.

With that Saints deal, Sportsbet had actually stepped in to save the day when Southampton’s original deal with Chinese brand LD Sport was abruptly terminated, citing the sponsor as “no longer an appropriate and viable partner”. With Arsenal now being the third and biggest thus far top-tier football club allied with Sportsbet, with two teams playing every week now having the Bitcoin logo featured on their jerseys, Sportsbet have clearly shown the way forward for crypto and blockchain awareness in the most exciting way possible. 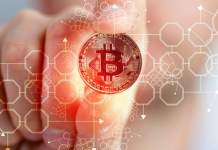 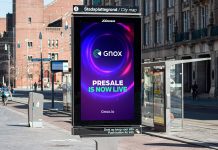 Clawing back the gains: Will Terra Luna be replaced by Gnox.io (GNOX) as a top 10 crypto? 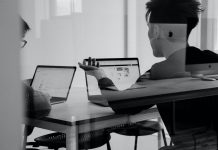 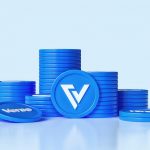 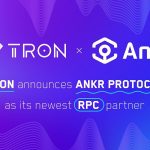 There are lots of opportunities cryptocurrency markets offer today. Even a housewife can be prosperous by dealing with crypto and tokenized assets. Yet not...