LCG Energy is a well-known utility provider and energy contractor serving the needs of 50.000 customers. After reaching a revenue of €40 million, the company is now on its way of acquiring renewable energy projects worth €80 million that offer a steady return on investment of 20%, positioning it as one of the biggest utility providers in Europe. With its blockchain initiative and new strategic partnerships, LCG Energy forecasts a €200 million revenue for 2020 and plans to become a pioneer in the energy sector.

LCG Energy is the first traditional utility company that is adopting blockchain technology for its operations. While most electricity providers are focusing primarily on their bottom line financial performance, LCG Energy is different – the company believes that only through empowering small consumers and businesses and offering them easy access to low priced energy, the path towards long-term success can be paved. And it has proven this right – since its foundation in 2008, LCG Energy has been serving the needs of both households and small to medium-sized businesses. In 2014 and 2015 respectively, LCG Energy reached an important milestone after it was licensed by the German and Austrian state Federal Network Agencies for Electricity, Gas, Telecommunications, Posts and Railway. This positioned the company as one of the few independent utility providers in the D-A-CH region. Since then, LCG Energy increased its customer base to over 50.000, expanded its reach throughout Europe and its partner network to over 1.000 suppliers, as well as its revenue to almost 40 million Euro in 2019 alone.

The company recently announced the launch of the LCG Energy ecosystem consisting of a blockchain-based digital platform, a stable energy token backed by investments in renewable energy projects and a revolutionary, patent pending integration between blockchain and Smart Meters.

The LCG Energy token is the first blockchain-based token issued by a utility company. It holds utility value, as it can be used for payments and the acquisition of a wide array of services on the LCG Energy platform. However, the LCG token is also partially backed by assets – 80% of the proceedings from the ICO will be dedicated towards the investment in renewable energy projects with a ROI of at least 20% in the first 5 years. LCG Energy will carefully evaluate these projects prior to investing in them – the main requirements are that they are enlisted in land registers and that they can score a good quality rating on a market assessment conducted by the company.

Backing the token with investments in profitable renewable energy projects will not only protect its price against the volatility on the cryptocurrency market, but it will also drive the adoption of renewable energy sources even further. The more the LCG Energy ecosystem grows, the more projects in that sphere will profit and acquire the funding they need.

LCG Energy has decided to implement yet another mechanism that will preserve the investors’ interests and support the token even further. Through a strategic buyback program which will be continuous and will commence in rounds every six months, the company will be constantly reducing the overall supply of LCG tokens by buying them back from exchanges and burning them, thereby increasing the price of all LCG tokens that are currently in circulation.

LCG Energy brings us the change we need

Blockchain has been confirmed to be among the most important innovations for the industry since its digitization over the last 20 years of the last century. Companies like LCG Energy who are not afraid to embrace the change are the true visionaries the energy sector needs.

To learn more about the company behind the LCG Energy project, visit https://lcg-group.de/. 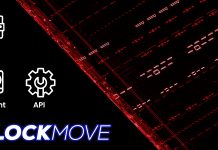 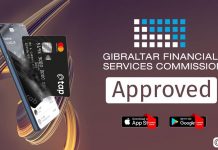 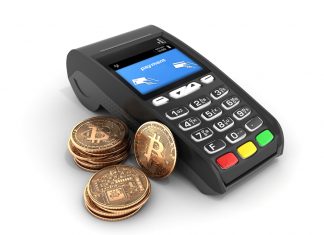