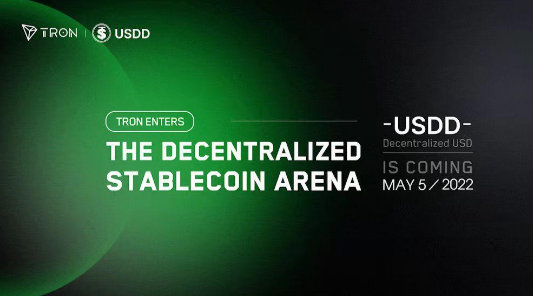 On April 21, 2022, TRON founder Justin Sun announced that TRON DAO, the decentralized organization, would partner with major players in the blockchain industry to make inroads into the field of decentralized stablecoins and list USDD, or Decentralized USD.

This is another major move made by Justin Sun after his voyage on Blue Origin’s spacecraft to space and his purchase of the Twelve Digital Zodiac Heads, which made Chinese people’s dream of reuniting the Twelve Old Summer Palace animal heads a reality.

Stablecoins function as the bridge between digital currencies and their fiat counterparts, and for a long time, players have been vying for a share in this field. Despite their technical competencies, the vantage point has already been taken by the stablecoin founder USDT, whose dominance has made many negative impacts surface.

In October 2019, the U.S. District Court for the Southern District of New York started a class action lawsuit against Bitfinex and Tether, including accusations of market manipulation, as well as hidden and illegal proceeds, with a claim amount of up to $1.4 trillion.

Without a trace of doubt, stablecoins have long received wide attention as the ballast of the industry. However, it is also an uncomfortable fact that the stablecoins are not as developed as they are expected to be. In response, masses of teams are seeking better stablecoin solutions.

Apparently, USDD listed by TRON will become the most decentralized stablecoin in human history. Delivering the freedom of finance for mankind using mathematics and algorithms, it does not rely on any centralized entity for its eternal existence. The flexible currency policy and minting mechanism it offers can also forestall short-term price swings and counteract cyclical value instability.

Growing on a sounder footing, TRON will also establish TRON DAO Reserve to safeguard the blockchain industry and its market by cushioning the market from extreme and perennial market downturns, preventing panic trading caused by financial crises, stabilizing the exchange rate of USDD, and retaining its decentralization.

It is known that TRON DAO Reserve will bring in $10 billion worth of highly liquid assets as its early reserve, which will be expanded with more liquid assets down the line. It will also have more whitelisted institutions as its shareholders. Further, it will manage the permissions of USDD, the decentralized stablecoin on TRON, as an early custodian.

According to industry insiders, many teams worldwide are keen on stablecoins, but TRON has been the only one to have launched stablecoin USDD thanks to its extensive experience in blockchain and other related areas.

“TRON’s advantage over other teams lies in its four-year experience in the blockchain space, making the TRON network the largest stablecoin network worldwide, which boasts over $55 billion worth of financial assets, including on-chain stablecoins, and has settled and cleared $4 trillion worth of assets. This has enabled TRON to lead other institutions to found TRON DAO Reserve, taking the industry’s first step towards decentralized central banking,” according to a cryptocurrency insider.

Notably, the launch of USDD by TRON is consistent with the company’s leadership in industry innovation.

The stablecoin 1.0 era was dominated by Omni-based USDT, but the stablecoin 2.0 era is led by TRON-based USDT, which has been migrated to the TRON blockchain. With its independent decentralized settlement layer, TRON-based USDT has reduced transaction time from 30 minutes to under 1 second and fees from $100 to barely cents. Besides, the capacity of TRON’s public chain has enabled a more significant number of daily transactions at 10 million and a daily settlement volume of over $10 billion.

The upcoming stablecoin 3.0 era led by TRON USDD is bound to be lifted to the next level.

Stablecoin 3.0 remains an idea for many teams, while Justin Sun, known for being a visionary, has divided the growth of TRON’s USDD into five phases, spanning from its launch to optimization.

TRON DAO Reserve and its shareholders (whitelisted institutions) will become the first minters of USDD at its official issuance and circulation on May 5, 2022. Then, USDD decentralized network test net is expected to be launched on October 10, 2022. TRON5.0, the mainnet of the USDD network, is expected to be launched officially on December 30, 2022. In this way, TRON is evolving into a full-fledged ecosystem supporting communities, wallets, servers, USDD protocol, and exchange.

The industry insider said: “The listing of TRON-based USDD will usher in a new era for stablecoins, with a more decentralized future built by TRON DAO for investors.”