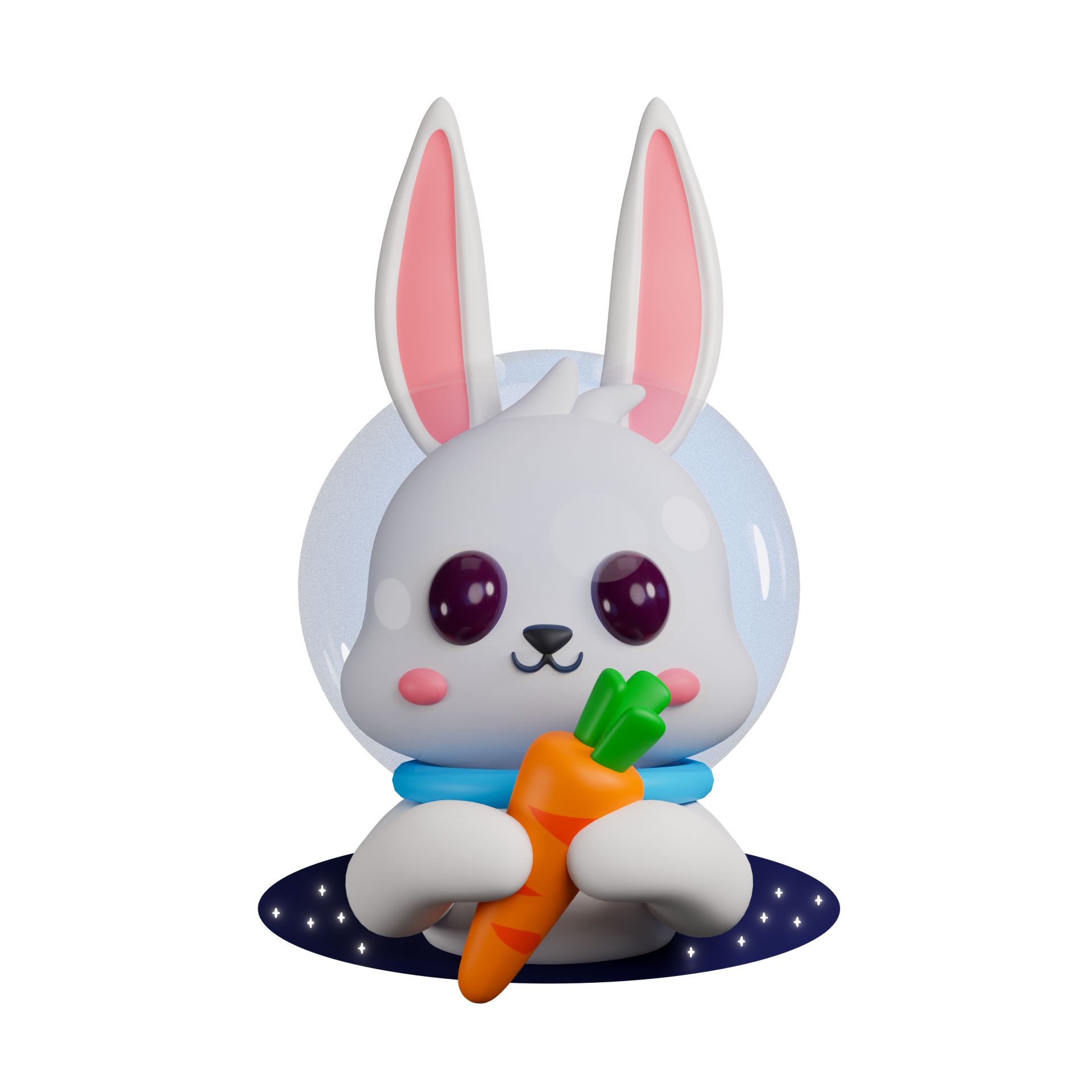 What is RichQUACK token and how it works?

According to their site, RichQUACK QUACK is a “Hyper Deflationary, self-generating automatic liquidity that pays out static rewards to holders. Simply hold QUACK in your wallet and you will get more on every transaction!”

There’s a lot of buzzwords to unpack but for the most part, RichQUACK is a token that’s meant to be “better” in the long run. It does this by selling large amounts of tokens for a very, very, very cheap price. Once this is done, everyone is encouraged to hold their tokens in a staking program where they will be rewarded while a large part of the supply is “burned” in a token burning mechanism where tokens are sent to an address that in theory, will be impossible to access.

This lowers the supply in time, making the tokens more valuable as time passes and as more and more people buy into the project.

In theory, as long as people don’t sell, the price will increase. But obviously this will be a balancing act since the goal is to sell in the first place, that’s why there’s the word “rich” in RichQUACK.

Is RichQuack QUACK a memecoin?

What is a memecoin? Memecoin is a term used to describe tokens which have become popular due to their hype, or meme-like nature. These coins tend to be highly volatile and are often quite risky investments.

RichQUACK QUACK falls into this category for sure, but at the same time, it doesn’t. It’s truly unique in this aspect as it plans to be a memecoin temporarily but wants to become serious as time passes.

Whether or not RichQuack QUACK can succeed in getting out of that label is another story altogether. But for now, RichQuack QUACK is doing a decent job at fulfilling its promise.

Why RichQuack QUACK is a good investment?

RichQuack QUACK is a decentralized, peer-to-peer digital currency that enables you to easily send money online through trading. Based on the popular “Rich Uncle Duck” Internet meme, RichQuack QUACK was created as a tongue-in-cheek currency in 2021.

However, over the years it has grown to become a serious contender in the world of cryptocurrency that’s worth taking a look at among altcoins. While it is not as well-known as Bitcoin or Ethereum, RichQuack QUACK has a loyal community and an active development team.

Moreover, its low price makes it an accessible entry point for new investors. If you’re looking for a coin with potential, RichQuack QUACK could be a good investment among memecoins and among altcoins, at least those who aren’t that well established like Ethereum ETH, Polygon MATIC, or Tron TRX.

How to buy RichQuack QUACK

RichQuack QUACK is a cryptocurrency that was created as a partial joke in 2021. However, it has since grown into a powerful force in the crypto world, with a market capitalization of over 50 million US dollars.

Once you’ve found an exchange, you can create an account and deposit funds. Then, you’ll be able to place orders to buy RichQuack QUACK. Of course, it is more secure to choose a decentralized exchange DEX like Pancake Swap and Toon Swap for a secure trading experience without the risk of something like the FTX collapse happening to your money.

As the price of RichQuack QUACK fluctuates, you can choose to sell your coins at any time to cash in on your profits. Just remember to take some time to learn about cryptocurrency trading before getting started. With a little research and due diligence, buying RichQuack QUACK and other tokens like Shiba Inu SHIB, and Toon Finance Token TFT can be a fun and profitable experience.

What is Toon Finance?

Toon Finance is a DeFi project built on Ethereum blockchain network that provides users with liquidity, yield farming opportunities, and more. It focuses on creating an ecosystem where users can easily access decentralized financial services such as lending and borrowing, and even betting!

What is Toon Finance Token?

The native token of Toon Finance is the Toon Finance Token (TFT). TFT has become popular among crypto enthusiasts due to its low circulating supply, high dividend yields, and attractive staking rewards. Additionally, the Toon Finance team has been actively releasing new products and features to increase user engagement, which have also contributed to its success.

One such move is Toon Finance’s Toon Swap, Toon Finance’s very own decentralized exchange platform that offers Space Battleground which allows players and spectators to bet on the result of Toon Finance’s multiple P2E (play to earn) games.

This highly encourages the users, players, spectators, and investors alike to use their tokens in the platform making sure that the tokens are always moving and there are ample opportunities for everyone who uses Toon Swap.

Why is Toon Finance Token TFT’s price going up?

TFT’s price has been on a steady rise since its announcement. This can be attributed to the strong fundamentals of the project, high dividend yields, attractive staking rewards, and its low circulating supply. These are things investors look for in a project to make sure they actually earn money.

Additionally, the launching of Toon Swap will also contribute to its success as it attracts more users who are looking for an easy way to engage in DeFi activities like yield farming, betting and trading.

Furthermore, with the increased popularity of Toon Finance’s Space Battleground game, which allows players and spectators to bet on multiple P2E games using TFT tokens as well as other cryptos (like Bitcoin BTC or Ethereum ETH), there is an increased circulation of these tokens in the Toon Swap exchange leading to higher prices.

If you’re looking for a comprehensive Toon Finance price analysis, you’ve come to the right place. Here, we’ll take a close look at the current price of Toon and explore the factors that could impact its future value.

Currently, Toon is trading at around $0.40. This is a significant increase from its all-time low of $0.20, which it reached in early October 2022. Since then, Toon has been on a steady upwards trend, reaching its current price in late October and what’s surprising with these token as this behavior is not seen in other tokens in the market, is that it’s keeping this increase reaching so far, an impressive new floor price almost 100% than it’s previous one.

There are a number of factors that could impact the future price of Toon Finance. Firstly, the increasing adoption of blockchain technology could lead to more people using Toon Finance TFT and driving up demand. Secondly, the upcoming launch of Toon Finance’s Toon Swap features such as Space Farming, Space Bridge, and Space Battlegrounds could also boost prices as it will allow users to start earning rewards for staking Toon Finance tokens. Finally, any positive news or partnerships could also have a positive effect on the price.

Overall, the future looks promising for Toon Finance. With strong fundamentals and a growing user base, there is potential for further price increases in the months and years ahead.

RichQuack QUACK has become one of the most popular cryptocurrencies in recent years. It’s a good investment because it has low fees, is fast and easy to use, and is very secure. You can buy RichQuack QUACK on many exchanges such as Binance or Kraken in the future, and CETOEX now.

Toon Finance is a new project that is based on Ethereum ETH and allows you to earn interest on your Toon Finance Tokens TFT. The future of both RichQuack QUACK and Toon Finance TFT looks bright and I am excited to see what they will achieve!

ABOUT US
Crypto Mode is an independent news source founded in April 2018. We strive to bring you the latest Crypto news. Our goal is to produce interesting and valuable content to our readers and educate you about cryptocurrency.
Contact us: [email protected]ryptomode.com
FOLLOW US
© CryptoMode 2019