Africa: the “cradle of humanity” – home to more than 3,000 people groups and 2,000 languages. The continent of Africa contains 54 countries and is second only to Asia in both population and land mass. It’s the land of the great pyramids, the Nile river, the driest desert on earth (the Sahara desert), and Mt. Kilimanjaro. Africa is known for its beauty, wildlife – but the average person in Western society would not see Africa as having great potential as a technology and startup hub. We wouldn’t generally recognize Africa as a thriving, rapidly growing economy where the middle class will soon account for 65% of the population. It’s time we change our perspective.

In 2019, the top five fastest growing economies were in Africa and they were growing at a rate of 2x the global average. Their working-age population is set to surpass both India and China, and although Africa has only 3% of the global GDP (and 16% of the world’s population), it is projected that, by 2025 Africa’s GDP will have grown to $4.5 trillion. It is the only continent that is expected to grow by double digits in the next 5 years.

One of the many reasons for Africa’s economic growth is the number of opportunities for progress, growth, and investment in areas of business that encompass virtually all aspects of life. The opportunities and potential in Africa are ripe for the picking. The core industries poised for success are agriculture, healthcare, education, energy, and finance.

On the agricultural front, Africa houses 60% of the world’s arable land, yet poor food storage and other agricultural challenges mean that up to 12% of African harvests are lost and $15 billion is spent on food imports each year. With the right investments and changes to infrastructure, agricultural yields could triple.

The second area for growth is the healthcare industry. Although 16% of the global population lives in Africa, it only has 2% of the world’s doctors. Of course this means that healthcare professionals and healthcare advancement are in high demand. Healthcare tech is growing rapidly as well, and the whole healthcare sector could reach $34.1 billion by 2024.

Education is the third growth opportunity as more children in the sub-Saharan area are finishing primary school than ever before, but 1 out of 5 are still not receiving education. The pandemic of 2020 brought a 97% increase in the number of children using EdTech, but there’s plenty of growth potential as only 25 million out of over 450 million children are currently benefiting from the education available. The potential for economic growth due to greater numbers of educated youths is tremendous. For instance, if all 15-year-olds in Ghana were to receive basic education, Ghana’s economy would grow by 3,800% and South Africa’s economy would benefit by over 2,600%.

The energy sector is another of Africa’s major growth opportunities. Many African countries are outdoing Western countries in renewable energy by a long shot. The UK and the US each source just 11% of their energy from renewable sources while Kenya, for instance, is sourced 50% by hydroelectricity and 13% by geothermal.

The fifth core growth industry is finance. Eighty percent of the African population has access to a mobile phone and mobile payments have now overtaken traditional banking with sub-Saharan mobile transactions reaching $456.3 in 2019. By 2022, African banking revenue will reach $129 billion. Foreign investments in Africa show a higher return than in any other developing region. 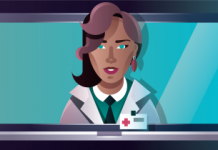 The Booming Business of Telemedicine 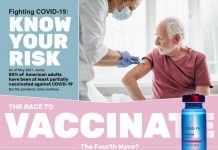 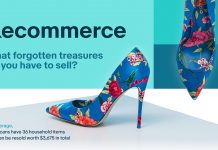 Recommerce: The Secondhand Economy and Impact on Sustainability