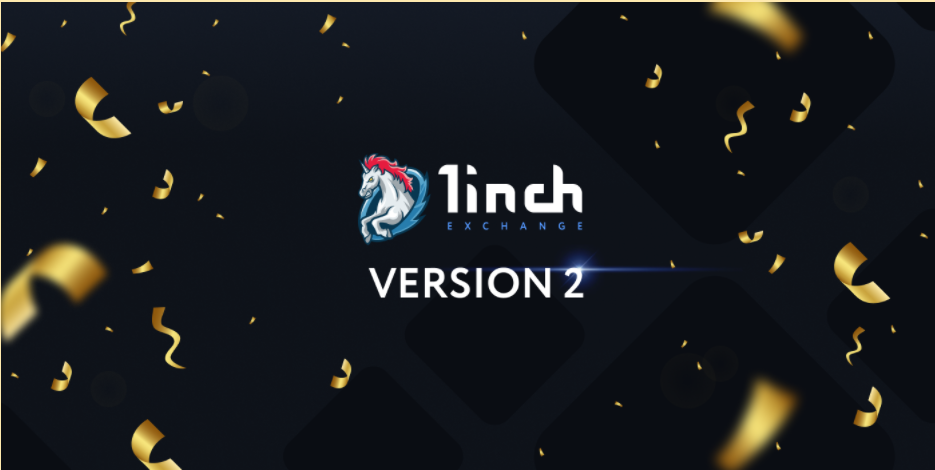 The 1inch team is excited to announce the release of the platform’s biggest update so far – the 1inch v2. The main highlights are Pathfinder, an API that contains a new discovery and routing algorithm, and an intuitive, user-friendly UI. The improvements ensure the best rates on swaps, while dramatically cutting response time.

The main component of the release is Pathfinder, an API containing a new discovery and routing algorithm, which finds the best possible paths for a token swap in the shortest possible time.

In addition to splitting a swap across multiple supported liquidity protocols, the new Pathfinder algorithm utilizes multiple ‘market depths’ within the same protocol. Pathfinder uses different ‘market depths’ as bridges between source and destination tokens. Thereby, the algo uses a more sophisticated approach than just splitting a swap across different protocols. In addition, it can split part of the swap for a specific protocol between different ‘market depths’ on the same protocol, getting the user the best rates, also taking into account gas consumption.

Thanks to Pathfinder, users will be able to pack, unpack and migrate collateral tokens from lending protocols Aave and Compound, as part of the swap path. On 1inch, users can also easily swap collateral coins held in pools, with all packing/unpacking done automatically.

“One of the most vital improvements in 1inch v2, the effect of which users are set to feel immediately, is much higher speed,” says Sergej Kunz, 1inch co-founder and CEO. “We have managed to reduce quote response time from 6 sec to 2.9 sec, page load time has been reduced from 5.1 sec to 3.6 sec, and API quote response time has been reduced from 5 sec to 500 msec – 1 sec.”

Moreover, 1inch v2 substantially reduces failed transaction risks with the partial and dynamic fill mechanism. When a user makes a swap on 1inch using splits or various routes, the algorithm makes sure that the swap is done at the rate the user was offered in the UI. If the rate on one of the protocols has changed, one part of the route can be easily cancelled. Instead of a failed transaction, the user’s unswapped coins return to their wallet.

The dynamic component comes into play to allow parts of the swap to immediately switch to another protocol that offers more attractive rates. For instance, a swap is split between Uniswap and Sushiswap. If the Uniswap rate has changed but the Sushiswap rate remains attractive, the entire swap will switch to Sushiswap.

The new user interface, which was built completely from scratch, offers a much better user experience than the previous version. Taking into account suggestions from users, 1inch team aimed to make the UI as intuitive and user-friendly, as possible.

The UI is built on a module model. There is a basic swap module, which contains all necessary information in a minimal format, and two extra modules: a price chart for a selected pair and a comparative table (something that you might be already familiar with if you’ve used 1inch before). Users can combine these modules in any way that’s most convenient for them.

1inch (https://1inch.exchange/) is a decentralized exchange aggregator that sources liquidity from various exchanges and is capable of splitting a single trade transaction across multiple DEXs. Smart contract technology empowers this aggregator enabling users to optimize and customize their trades. Launched in May 2019 by Sergej Kunz, CEO, and Anton Bukov, CTO, 1inch has surpassed $4.5B in overall volume in just over a year. In August 2020, the 1inch team released Mooniswap (https://mooniswap.exchange/) – an AMM (automated market maker) where LP (liquidity provider) earnings are dramatically increased by slowing down price changes to prevent arbitrage traders from earning up to 100% of the swap slippages (Mooniswap intro video). 1inch has already integrated support for top DEXs including Uniswap, Kyber Network, Airswap, Oasis, Bancor, Balancer, Curve, and many more.