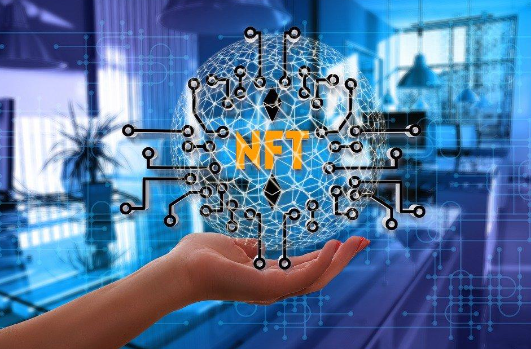 Skill Labs, a tech platform, focused on GameFi data analytics and creating tools for gamers, has released an alpha version of the product, an achievements system allowing gamers in  both classical and blockchain games to get  proof-of-skill achievements in the form of NFT. The achievements system is deployed on Polygon, and users can mint an achievement for free, only paying the gas fee.

Right now, the system covers several most popular games like Thetan Arena, Era7: Game of Truth, Tiny World and others. The team commits to release the achievements to many more games, so everyone literally everyone will be an owner of their progress and success in games.

Luckily we have the exciting opportunity to sit down with the CEO and Co-Founder, Iskander Khabibrakhmanov to find out more details, features, and where he sees the platform going in the future.

Iskander has an impressive background with over ten years of experience up his sleeve. He has been a part of many impressive game projects such as Lineage 2, Halo Online, Point Blanc, and many more.

Q1. Firstly, can you tell us a bit about Skill Labs?

Skill Labs started as a play-to-earn gaming guild earlier this year. We quickly realized that the space needed better tech tools and solutions to enable fast and effective growth, so we shifted their focus to that area. The Skill Labs team has extensive experience in building complex systems and products.

We still maintain our gaming guild, which has 2000 active scholars, with more joining as soon as game partners release their games to the public. This proximity allows us to be close to our gaming partners, test hypotheses, and get instant feedback on new product updates.

So far, we have created the following toolset:

We are on our way to achieving our goal of having a one-stop platform allowing for complete transparency when it comes to the GameFi platform. Watch for announcements from Skill Labs and our gaming partners regarding new titles supported by the Achievement System.

Q2. What problem do you solve, and why did you decide to go this way?

Skill Labs allows millions of gamers to claim in-game achievements for web3 and classic games in the form of NFTs.

We started as a gaming guild in January 22. Currently, the number of players willing to get a spot in a guild is much greater than the total number of places available. According to one of the Sky Mavis official statements, scholars made up about  60-65% of total active users in Axie Infinity.

This data also correlates with our own experience, as we got in total more than 40,000 scholars’ applications for 3k spots available in different web3 games.

In GameFi, scholars apply just using their wallet address and Twitter/Discord account, making it challenging to select the best fit for a specific game as it’s impossible to assess their knowledge, skills, and previous experience.

Gamers are seeking a way to stand out by providing game screenshots and describing their game experience.

Q3. Tell us a bit about the achievement system and the Alpha release.

The achievement system is something we are incredibly proud, allowing players to finally own their stats, proof of skills, proof of game experience and in-game progress by minting it an NFT while only paying the gas fee. This allows us to take traditional gaming and blockchain gaming to a whole new level no one thought was possible.

The alpha release was an overwhelming success, and the reception by the public was incredible. Since then, we have had more people telling their friends, and the community is growing increasingly massive.

It’s incredible the level of interaction our community gives us and how much they engage us to help us with feedback, explore ideas, and help us improve the platform. That, combined with the close work we do with our game partners, has made for an incredible experience and a more user-friendly product. Get involved with the Skill Labs community and help shape the future of the project!

Naturally, we will continue to collect feedback and listen to the community over the coming weeks. Our community is the foundation of this project, they are an integral part of the development. As the community relays feedback, we will adjust accordingly, which is how this project has been growing since the start.

Outside of that, we need to add more games to the list of titles that are compatible with the achievement system, including traditional games and games on the blockchain. It’s especially important when it comes to more popular games such as Apex Legends, Call Of Duty, Fifa, and others.

Q5. Is There Anything Else You Want To Share With Us?

Play-to-earn is a concept that is not entirely new to the gaming world. There have always been guilds that complete missions for other gamers, helping them to boost their skills or even selling their accounts. This has been going on for more than 15 years – look at World of Warcraft as one of the most vivid examples. The issue is that in most web2 classical games, this is considered a bannable offense, and gamers providing such services, and buyers are at risk.

By bringing play-to-earn into the blockchain realm, they provide a safe and transparent environment for all parties involved. Gamers can now earn rewards for their skills and time commitment without worrying about being banned or penalized. And game developers can tap into a new revenue stream while providing a more engaging and rewarding experience for their players. Check out the Skill Labs website to learn more about their products and services.

Make sure you watch for updates from Skill Labs or our gaming partners when we continue to add more feature title games. So stay tuned.

Since the release of the Alpha version of Skill Labs Achievement System dedicated to the GameFi platform, which allows players from traditional and blockchain games to mint a proof of achievement using NFTs. This has brought gaming into the Web3 platform, allowing gamers to take control of their achievements and skills across platforms finally.

The team at Skill Labs is extremely dedicated to growing the number of titles supported by the new Achievement System to include more popular new release games while also making sure to make widely available regular updates to the achievement system to bring new challenges to your game.

Skill Labs has taken millions of players from around and brought them into a new era of gaming while allowing for the community of gamers to speak for itself. The idea that gamers make the project for gamers is truly something you should get behind.

The rapidly growing community shows how truly incredible this platform is, so what are you waiting for? Sign up here https://app.skilllabs.io/profile 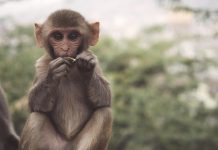 Are monkey NFTs worth buying?