Digital asset exchange, Gate.io has released a compensation program of approximately $2 million to reimburse all the customers who lost their funds during the recent hack on the  PAID Network, a DAPP platform that provides a borderless civil legal system. PAID Network was attacked by an unknown hacker who minted 59.4 million PAID tokens worth $166 million.

Based on an official announcement from PAID Network on March 7, 2021, the attacker used a compromised private key to exploit the upgrade function of the smart contract. The attacker then proceeded to ‘upgrade’ to a new smart contract that could burn and re-mint tokens. However, some dialogues in the community speculated that the hack could be a rugpull and not an exploit.

Gate.io said that the compensation program is meant for over 1,300 users who bought PAID tokens from Gate.io during the 4-hour time frame after the hack. Users can apply for the compensation at the Gate.io website here.

“Our users have waited for over a month. Despite multiple requests from our end, there was no response or concrete answer from the other side. Even though we hold no responsibility for the PAID Network’s hacking incident, we take our core values of security, transparency, and integrity extremely seriously. This commitment to our users has compelled us to immediately implement a solution in the form of a compensation program,” Marie Tatibouet, CMO at Gate.io, said in an official statement.

“The PAID Network team did not provide a solution for over 1,000,000 PAID of Gate.io traders that were affected. It is only after we announced our compensation plan on April 23, that the PAID Network team started a claim process to compensate users from the 4-hour window,” Tatibouet added.

The announcement explaining the compensation program was also shared on Gate.io’s official Twitter handle on April 23, 4:28 PM UTC+8. Gate.io confirmed that customers should follow the outlined procedure here to get the compensation. The standalone form here can be used to apply for the compensation directly.

It is important to note that the DeFi analyst, @WARONRUGS issued a warning of precisely the same exploit in late January in his post on Twitter. He explained that the contract owner could mint PAID tokens at any time, and traders need to be vigilant.

DeFi today is one of the most exciting trends in the crypto industry since the ICO boom of 2017. Crypto-assets locked in DeFi protocols stand at a massive $58.78B. However, due to this constant innovation, the DeFi space is a highly alluring hunting ground for hackers as it is still in a nascent stage. In fact, in 2020 alone, the top 15 hacks themselves robbed the space of $120 million, of which only $45.6 million has been recovered. While it is imperative to perform due diligence and realize these vulnerabilities do exist in some projects, the question is, how many years before we see a more secure & stable DeFi? 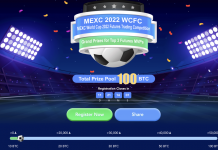