Notice: Trying to access array offset on value of type bool in /var/www/html/wp-content/themes/Newspaper/functions.php on line 198

As crypto develops further inroads into mainstream life and investor interest continues, the consolidation phase seems to be starting. Most existing blockchains are expanding to offer more services to their users to gain their loyalty and retain their funds and assets. 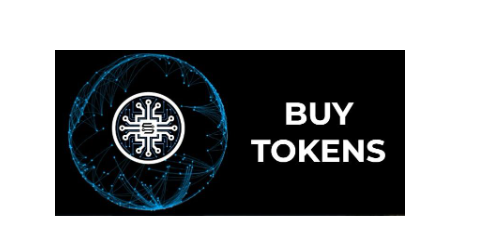 Popular Korean public blockchain platform Klaytn (KLAY) is building up its infrastructure to be the blockchain of choice for gaming, the metaverse, AND the creator economy.

Developed by Korean giant Kakao Corp in 2019, Klaytn (KLAY) has achieved domestic success through association with its KakaoTalk messenger app. It is also privately deployed as the blockchain platform for the Central Bank Digital Currency (CBDC) project with the Bank of Korea via blockchain deployment.

Klaytn  (KLAY) is aggressively moving towards the metaverse by expanding its entire platform for metaverse use. It will target AAA games, play-to-earn (P2E) games, NFTs, and supporting defi services for metaverse businesses. Klaytn (KLAY) is positioned to succeed in this emerging space, given its strength in blockchain, social networks, digital assets, gaming, and entertainment.

ApeCoin ($APE) is a native cryptocurrency for the APE ecosystem, which offers the ApeCoin DAO and services and products that use APE. ApeCoin is evolving to work as the decentralized protocol layer for different community-based initiatives.

The token is managed by the APE Foundation, which administers the decisions of the ApeCoin DAO (decentralized autonomous organization). The holders of ApeCoin can vote in the DAO,

and exclusive items, games, services, and events are reserved for holders of ApeCoin. Third-party developers can participate in the ecosystem by using APE in services, games, and other projects.

While these two platforms are now attempting to broaden their offerings to retain their users, Snowfall Protocol (SNW) is a unique platform regarding the broad range of applications and their usability.

Snowfall Protocol is a cross-chain transfer ecosystem built for fungible and non-fungible tokens. The Snowfall Protocol dApp supports users to swap assets across the most widely used EVM and non-EVM compatible chains.

This protocol is essential because it allows different blockchains to communicate. This is a crucial development because it will help to facilitate the mass adoption of cryptocurrencies and blockchain technology.

Top market analysts are convinced that Snowfall Protocol (SNW) will be the next 1000x token. This is because it solves a significant problem in the cryptocurrency space, which is the lack of compatibility between different blockchains.

The price of snowfall Protocol (SNW) is now $0.009. This means you should learn more about the project and participate in the presale. Check out the links below to get involved!