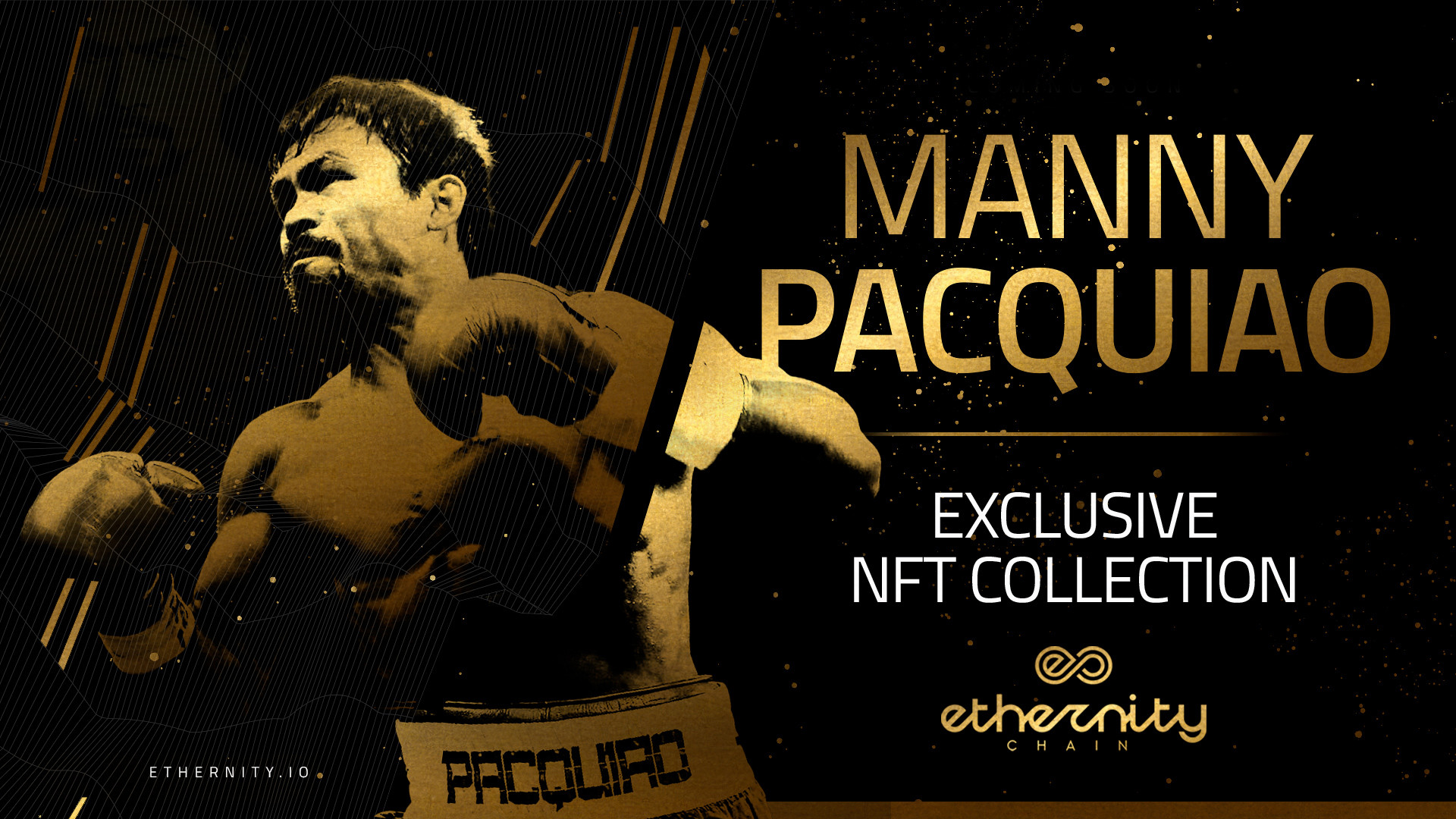 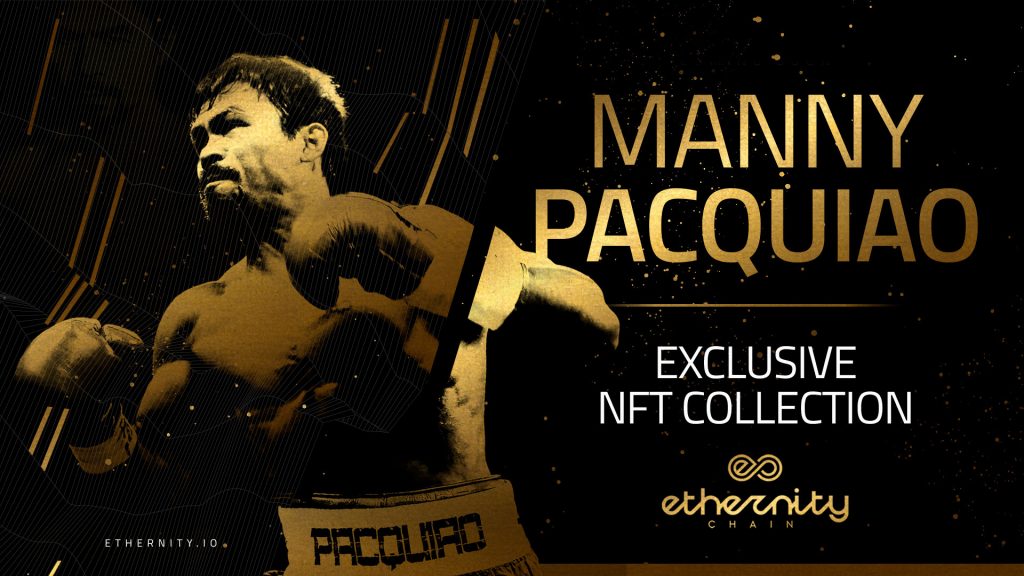 The centerpiece of the collection is a close up and highly realistic portrait “PacMan” by Rikognition. PacMan, named after Pacquiao’s popular nickname, is a one-of-one limited edition digital art piece highlighting Pacquiao in meticulous detail.

With its composition, the piece aims to transmit the essence of Pacquiao as a person who overcame incredible odds but never lost his spirit and heart. “The piece is inspired by Pacquiao’s career, in which a moment in time can feel both fleeting yet lasting an eternity. The juxtaposition of animated movement with hyperrealism invokes surreal but grounded action, which is larger than life,” said Rikognition.

Manny Pacquiao is known as one of the greatest boxers to ever hit the ring, winning gold medals in more weight classes than anyone else in history, regularly beating opponents who weighed up to 17 pounds more than him. He is also among the oldest active boxers at 42 years old, continuing his career at the ring for two decades. He is known as a charismatic and charitable public figure devoted to his home country of the Philippines, where he grew up in crushing poverty. He frequently donates to charitable causes in the country and has served in the Philippine senate since 2016, following a local political career.

The auction for the PacMan NFT will last for 72 hours with a starting price of $1 in ETH. As a special bonus, the winner of the NFT will be awarded two tickets to the upcoming match between Manny Pacquiao and Yordenis Ugas (Errol Spence Jr. was originally the expected contendant but he was forced to withdraw due to an injury) on August 21 at T-Mobile Arena in Las Vegas, Nevada. The Ethernity team will ensure the immediate digital delivery of the tickets to the winner.

In addition to the one-off piece, Ethernity is auctioning a set of trading cards representing Pacquiao in various poses, clothes and card frames. The auction will include 10 Legendary NFTs starting at $1500, featuring Pacquiao with golden gloves and a shimmering border; 25 Epic NFTs starting at $750, with a tri-border matte design and featuring Pacquiao in Ethernity shorts; 100 Common NFTs at $250 showing Pacquiao’s signature form and focus. Finally, a surprise NFT drop will be announced at the time of the auction.

“Manny Pacquiao is a legendary sportsman who fights for more than just money or fame. We are honored to immortalize him in the blockchain through a set of unique and curated art piece NFTs,” said Nick Rose, Founder of Ethernity Chain. “We hope the community will like the unique designs we came up with, and I’m sure everyone will like the surprise we have in store.”

Ethernity is the groundbreaking authenticated NFT project which auctions verified artwork featuring the top artists and stars from sports, music, film, gaming, tech, history, and entertainment. Each of these digital artworks is represented as a non-fungible token (NFT). The pieces feature well-known public figures and a portion of all funds raised from the endeavor will be donated to charitable causes. Ethernity Chain combines the utility of DeFi and merges it with NFTs to create an exclusive pipeline to rare, collectible content from notable figures and well-established digital artists.