At press time, the second-largest cryptocurrency by market cap and the number one competitor to bitcoin is trading for just over $279. This is about three dollars more than where it stood yesterday afternoon. 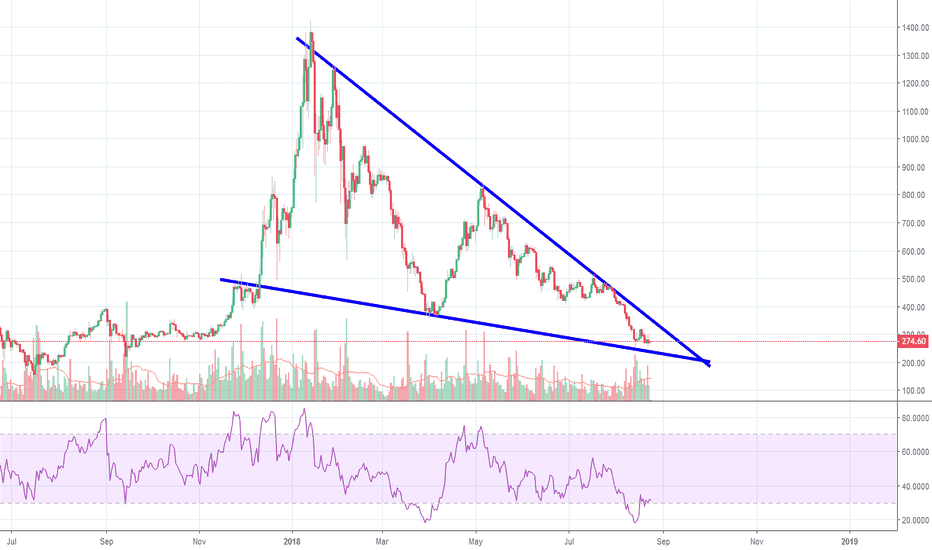 Chief technology officer at Ripple David Schwartz recently compared XRP – Ripple’s currency – with Ethereum and said that Ethereum does have some advantages XRP lacks, and that XRP isn’t likely to dominate the cryptocurrency scene or ever be the only altcoin in existence. He states:

“We expect that this will not be a winner take all outcome, but instead, several digital assets can survive for specific use cases. Today, for example, Ethereum provides a ‘programmable money’ function that the XRP Ledger cannot. Adding this capability to the XRP Ledger would have huge costs that reduce XRP’s suitability for payments. You can’t have everything… While you do get very sophisticated and powerful payment features such as a built-in decentralized exchange and the ability to have payments use multiple paths for reduced cost, you can’t get programmable behavior, so I don’t see XRP being the only digital asset any time soon, if ever.”

However, Schwartz did make the claim that XRP’s blockchain was much more decentralized than Ethereum. This is an ironic argument in the sense that digital exchanges like Coinbase have refused to add XRP to their trading platforms specifically because they do not feel XRP is decentralized enough, and thereby classifies as a security.

He states that when it comes to both bitcoin and Ethereum, a small number of mining pools control both entities, which puts them at risk of a 51 percent attack. By contrast, Schwartz says that XRP could never endure such risk as its “consensus protocol requires validators to record and verify transactions without any incentives.” This limits the weight of each validator to a single vote each.

“In contrast, the XRP Ledger requires 80 percent of validators on the entire network over a two-week period to continuously support a change before it is applied. Of the approximately 150 validators today, Ripple runs only ten. Unlike bitcoin and Ethereum – where one miner could have 51 percent of the hashing power – each Ripple validator only has one vote in support of an exchange or ordering a transaction.”

In a related story, popular Ethereum trading game FOMO3D recently paid out over $3 million to a single lottery player. Controversy is stirring from the alleged win, as the lottery player is being accused of having “clogged” the blockchain to secure the victory.

Many sources have described FOMO3D as a possible scam. Players must purchase keys to keep a timer down, and each key purchased adds time to the clock. When the time runs out, the jackpot money is given to the most recent key purchaser.