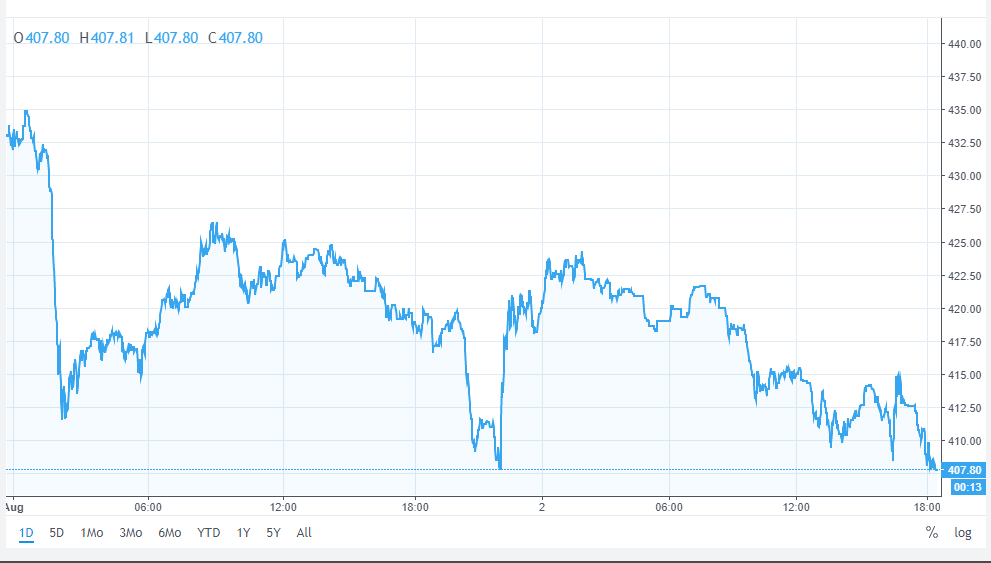 At press time, the second-largest cryptocurrency by market cap and the number one competitor to bitcoin has experienced another solid drop from yesterday and is now trading for the less-than-stellar price of $408.

Overall, Ethereum has dropped by roughly $60 over the past week. The currency is desperately seeking balance after a long and arduous trip down south, but it doesn’t look like that trip is coming to an end anytime soon. Wednesday actually saw the currency trading for as low as $405, though the price has recovered somewhat to bring it to its present state. 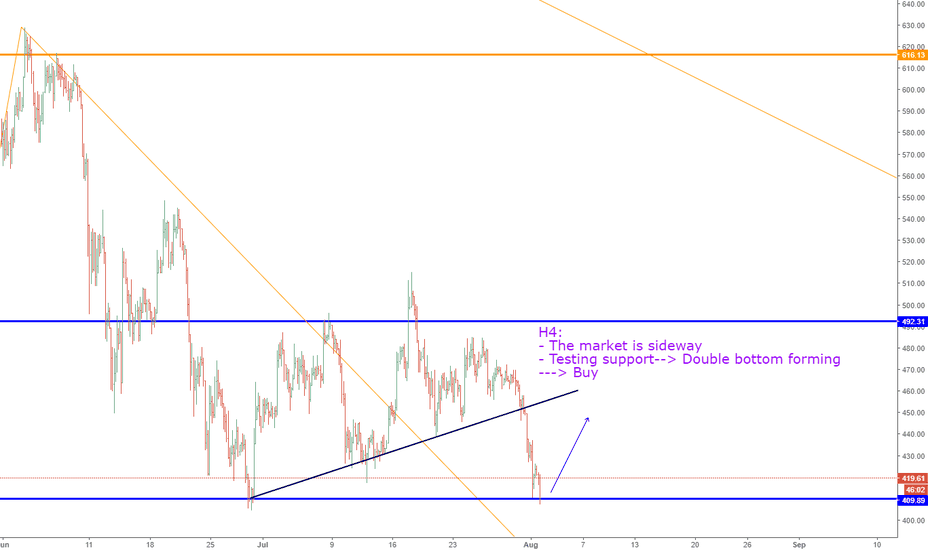 The currency’s upside has also been capped at $430, meaning even if the bulls do take over in the short-term, Ethereum isn’t likely to get any higher than that. Support was very weak at $420 and proved unable to sustain the momentum brought on by sellers. Support was then brought down to $417, which also proved too unstable to hold.

One source explained that the most recent support lied at $410, and if this support was broken, we would see Ethereum fall to as low as $405, or potentially even $400. As the currency is now trading for two dollars less, it’s likely we’ll see this figure graced in the immediate future before any additional price spikes can occur.

Ethereum remains extremely volatile and vulnerable to outside market influence, and the bears have full control. That said, if Ethereum can somehow fire past $420 in the coming days, we’ll see resistance rise to $430, which could inherently bring the cryptocurrency up to the $450 mark.

Ethereum’s network is being hit from all directions. Ethereum Classic – the popular “derivative” that was recently added to Coinbase’s trading platform – has also been unable to overpower present resistance, which has seemingly brought its support levels below the $16 mark. The currency is bearish against both USD and bitcoin and has “no hope of an upside recovery” so long as it remains at $15.

Regarding Ethereum, Nasdaq recently asked how close we were to moving towards Web 3.0. The currency has often been compared to the growth of the World Wide Web, particularly the stability of its blockchain and its smart contracts capabilities. It is also scheduled for a hard fork this coming October.

CEO and founder of Steamr Henri Pihkalak remains confident in the digital asset, and commented that, “Ethereum has been wonderfully stable now for years, and this is the greatest credit that can go to its authors Vitalik Buterin, Gavin Wood and others. It’s this stability which makes it so hard for other smart contracting blockchain challengers, even those which promise some brilliant features, to take Ethereum on.”