At press time, the world’s second largest cryptocurrency and the primary competitor to bitcoin has taken a few steps back from yesterday’s price, and is now trading for about $468.

However, one source is telling investors not to worry, as bullish trends are dominating the charts. July 3 witnessed Ethereum’s price surpassing the $480 mark, and hovering at $483 before “reality” sunk in. Currently, resistance still lies at $480 (as it has done for the past few days), though if Ethereum finds support beyond this level, $500 could be in our midst.

Granted sellers continue to dominate the market, however, we are likely to witness further price falls to $464 and $460 respectively. From there, support would likely kick in between $444 and $452. 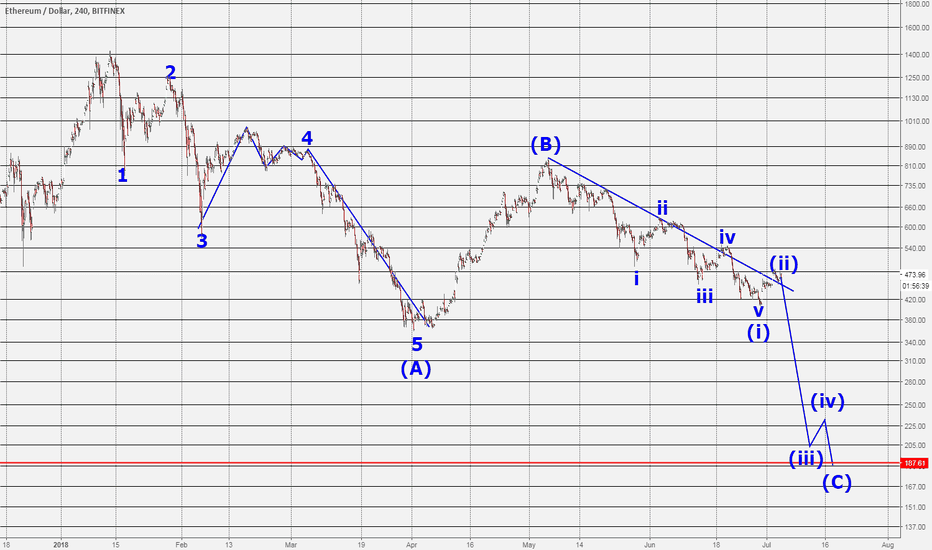 Ethereum is not alone in its current fall. Bitcoin – the father of all cryptocurrencies – incurred a $200 drop over the last 24 hours, slumping from $6,600 to $6,400. The asset had originally reached $6,600 from $5,800 towards the end of last week, though keeping up this momentum has been another story. Bitcoin has incurred several small drops and rises over the past few days, shifting its position between $6,300 and $6,600 respectively.

In addition, smaller currencies – like IOTA, Ripple and bitcoin cash – have experienced price drops of anywhere between one and two percent over the past day.

At the same time, confidence in Ethereum remains as high as ever, particularly amongst Ethereum’s creators. Co-founder Steven Nerayoff is particularly bullish, and believes the entity could increase its value by approximately three times within the next few months. He predicts a price of over $1,000 by the end of 2018.

“What you’re seeing with Ethereum is an exponential increase in the number of projects,” he explains. “There are billions of dollars being poured into the ecosystem right now – maybe ten times more projects this year than last year, which could easily lead to a doubling, probably a tripling in price by the end of the year.”

Nerayoff states that the Ethereum space has attracted the attention of several institutional investors, who believe its capabilities with smart contracts can empower their businesses and make them less vulnerable to threats.

“You’re seeing a tremendous amount of growth across a wide variety of industries,” he asserts. “Fintech is actually the natural area, but now you’re seeing it becoming increasingly more creative – you find projects in the oil and gas industry, you’re finding governments using it in their applications, you’re seeing it in gaming, all kinds of different areas.”

He also affirms that people are using it as a currency, and that it’s low transaction fees will undoubtedly lead to mainstream adoption in the future.