At press time, the second-largest cryptocurrency and primary competitor to bitcoin is trading for roughly $525. This is about $11 less than where it stood yesterday. Though it’s annoying to see the coin fall by any means, this is still considerably better than Ethereum’s low of $461 just over a week ago.

Ethereum currently boasts a market cap of about $54.4 billion, and a daily trading volume of roughly $1.5 billion. Unfortunately, in the long-term, it would appear the currency is still locked in a bearish pattern, with one source listing the first major hurdle at $576. The coin is still undergoing a massive sell-off, though we could see the bulls have their way if the coin manages to stay above the $500 mark from here on out.

In addition, Ethereum could enter significantly bullish territory by surpassing $530 once again, which would insinuate that current resistance levels are gaining traction. 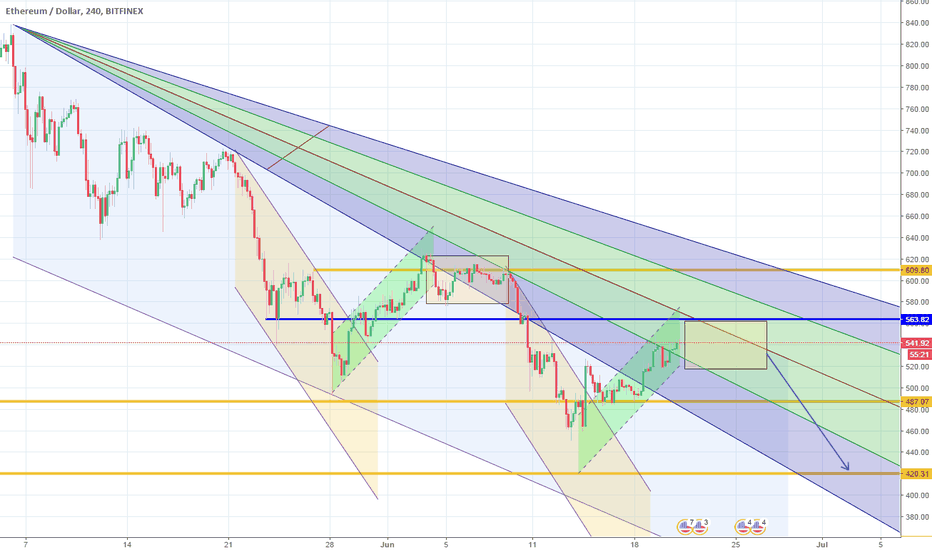 Big news stems from the west coast by way of Stanford University, whose scientists have launched a center for blockchain research. The initiative is devoted to better understanding and improving the technology behind the blockchain, and enhancing how people can complete financial transactions and conduct business via the internet.

“Blockchains will become increasingly critical to doing business globally. Stanford should be at the forefront of efforts to improve, apply and understand the many ripple effects of this technology. This is a fascinating area of research with deep scientific questions. Once you get into the details, you quickly realize that this area will generate many PhD theses across all of computer science and beyond.”

“Blockchain [technology] massively lowers the barriers to creating tradeable, digital assets. It allows individuals who don’t know each other or even trust one another to make irreversible transactions in a whole variety of fields in a safe and secure way.”

The research center was recently gifted with a hefty donation from the Ethereum Foundation. While the specific amount is not clear, cryptographer Matthew Green of John Hopkins has hinted that the total could have been as high as 5,000 ETH.

The organization is slated to group the university’s scientists with crypto industry leaders for developing the blockchain’s “best practices.” In addition, courses are being added to the school’s roster, including one called “Cryptocurrencies, Blockchains and Smart Contracts.” Classes like these are expected to assist both students and working professionals alike in using the blockchain to protect intellectual property, develop financial instruments and manage vital records.

The ether donation was gifted by Ethereum co-founder Vitalik Buterin, who according to one source, is nearing one million Twitter followers, thereby placing him in the top 2,000 Twitter accounts. This puts him in the “celebrity” category, and it’s clear that many people are interested in what he has to say, though he’ll have to reach another 10 million followers to be up there with the likes of figures such as Leonardo DiCaprio, who currently sits among the top 100 Twitter accounts.