At press time, the second-largest cryptocurrency by market cap and the number one competitor to bitcoin is trading for roughly $300. This is about $10 higher than where it stood yesterday afternoon, and a good sign that the market may finally be recovering.

Ethereum is not alone in its ascent. Bitcoin – the mother of all cryptocurrencies – is presently back at $6,500, which is where it began the week. Previously, it had fallen to as low as $6,090, and its boost, along with Ethereum’s, gives rise to a few “bullish thoughts.” 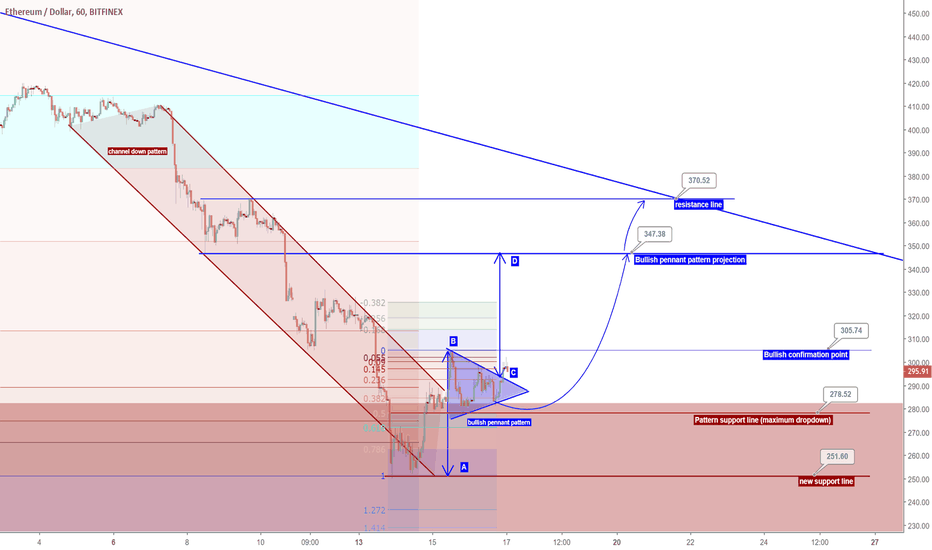 Since the beginning of the year, Ethereum has dropped by roughly 82 percent, falling from $1,400 to its present position. Many currencies are facing similar conditions, as bitcoin ultimately fell from $19,000, though its current spot on the financial ladder represents only a 70 percent drop over the past eight months, suggesting that Ethereum has faced worsening trends. Litecoin, which originally began the year at over $300, is now trading for just shy of $60.

But things may be moving in a positive direction. Recent resistance was placed at the $290 level. Ethereum has clearly surpassed this resistance, though it has since moved up to $300, where Ethereum currently resides. The asset is now facing marginal bear pressure.

Ethereum buyers are beginning to challenge the sellers, and chart indicators suggest further positive behavior, though support must move beyond the $300 position, followed by $310 and $320 respectively for the currency to remain in bullish territory.

In a funny and related story, Ethereum co-founder Vitalik Buterin recently hosted a small and private event in San Francisco. We discussed this in yesterday’s price piece, though one thing that was not mentioned was his potential “hiring offer” from internet giant Google. Buterin alleged received a tweet that sounded very much like an offer to work with the company. It read:

“I hope you are doing well and enjoying the weekend! Google makes sense for you now or in the future.”

This led many to believe that Google wished to hire the young Russian-Canadian tech entrepreneur, though it now appears the company only had Buterin in mind for an internship position. Buterin commented at the event:

“I hope we all realize that this was a joke. Some random HR person from Google emailed me, most likely because some machine-learning algorithm analyzed my GitHub and saw that I had some high score in the international Olympiad. Apparently, I fit the blueprints as a great candidate to hire at an intern salary.”

No doubt Google pays its interns well. Unfortunately, Buterin boasts a net worth of roughly $100 to $200 million, so it’s not likely the salary would suffice his technical knowledge and skills.