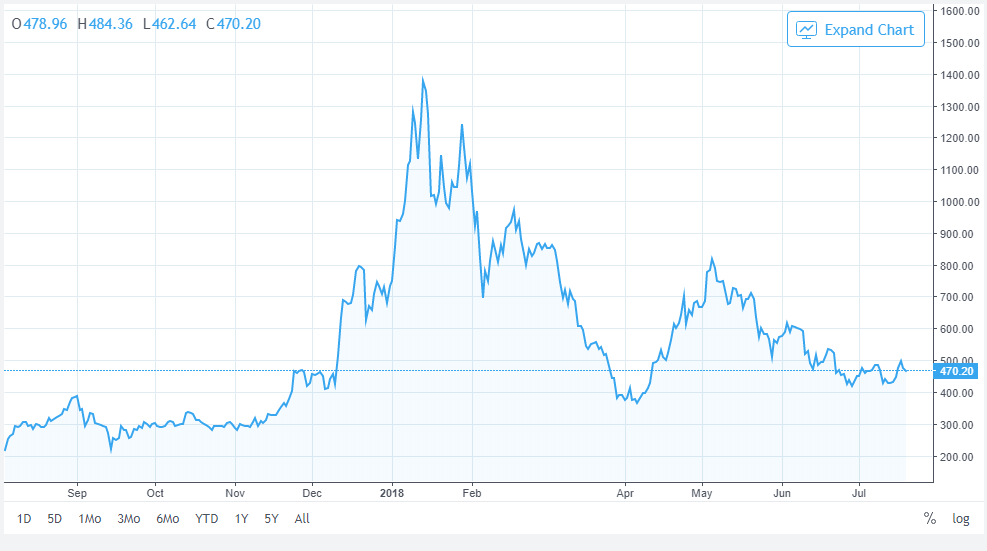 At press time, the second-largest cryptocurrency by market cap and the number one competitor to bitcoin is down to $467. This is a huge dip from yesterday’s $470+ price, and an even further slide from the $501 Ethereum was sitting at on Tuesday.

The currency’s behavior is the exact opposite of bitcoin, which finally broke $7,000 on Tuesday in just a few short hours. Bitcoin – which had been meandering through the high $6,000 range for several days – ultimately jumped beyond $7,000 to reach $7,200 between July 16 and 17. From there, the currency has jumped again, this time to $7,400. 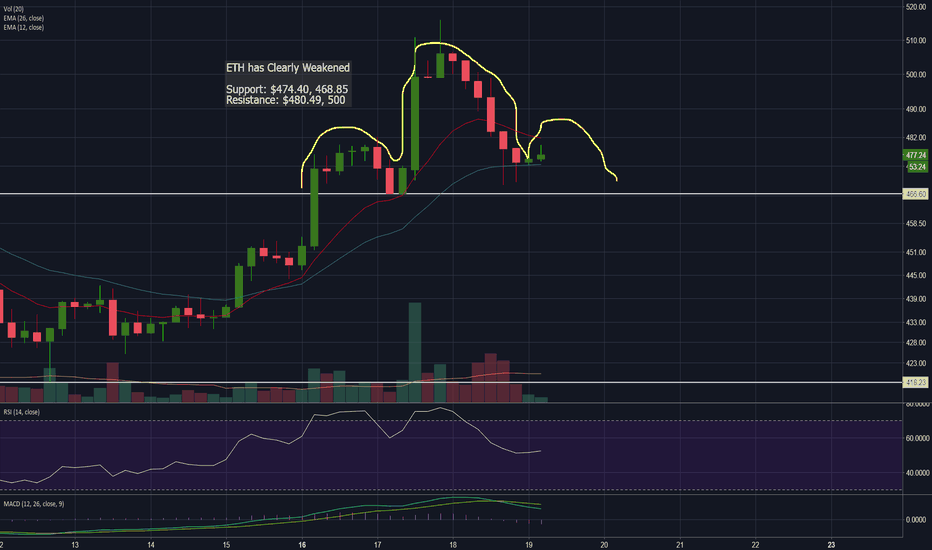 Ethereum’s market cap is currently at $47.7 billion, and co-founder Vitalik Buterin is blaming the recent drop on a spam attack that ether is still recovering from. The attack cost the network roughly $15 million, and Buterin has issued the following statement on Twitter:

“According to my estimates, the recent TX spam on the ETH network cost up to ~$15m USD (~= 5m green teas, ~75 lambos, ~Coinbase seed rounds, ~0.9 percent of Telegram ICO). Free market principles prevent me from being too upset at someone using the ETH blockchain as they wish, but wow.”

Enthusiasts also noticed a strong rise in GAS prices, as well as reduced daily transaction volumes. Many believed something was terribly wrong, and began blaming EOS – the alleged “Ethereum killer” – as the potential culprit behind the curtain, though these reports are not yet confirmed.

However, where Ethereum really seems to be making progress is in bringing cryptocurrency and blockchain technology deeper into mainstream territory. CEO of Circle Jeremy Allaire recently commented:

“One of the things that really catalyzed the [cryptocurrency] market last year was that Ethereum kind of got to a place where you could build apps on it. You could issue new tokens on top of it; you could create new kinds of financial contracts using the smart contracts technology.”

This has allegedly paved the way for developers to enter the arena and push the innovative spirit behind both cryptocurrency and the blockchain. Allaire refers to the industry as a “really fertile space in terms of the fundamental, technical and infrastructure.”

CEO of the Digital Currency Group Barry Silbert agrees, and thinks 2019 will be a great year for both Ethereum and cryptocurrency in general, as it will provide greater accessibility and understanding to both the masses and experienced traders.

“I’m all about the infrastructure that’s required to create the on-ramps and the off-ramps for Wall Street to get involved in this asset class,” he commented.