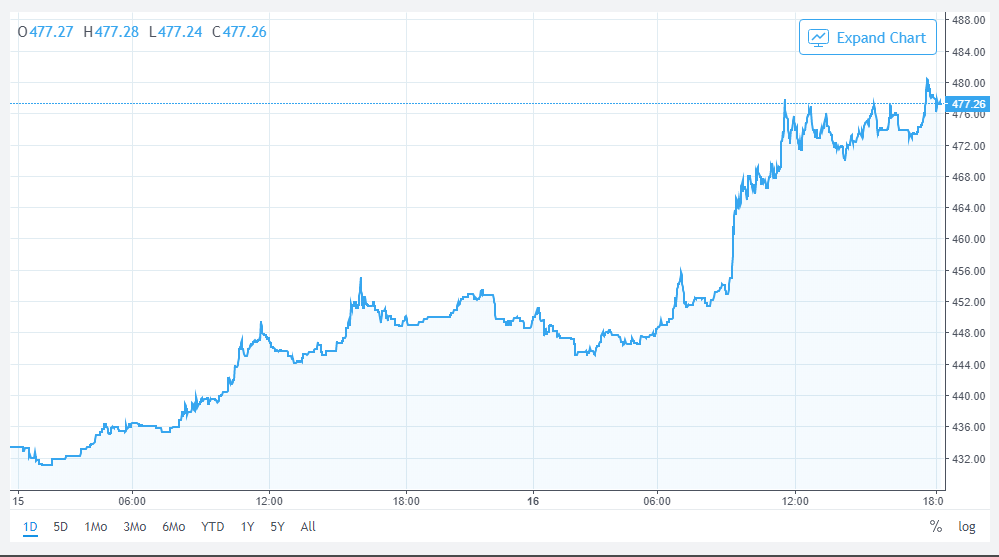 At press time, the second-largest cryptocurrency in the world by market cap and the number one competitor to bitcoin is trading for roughly $501 – a near $50 jump since our last price piece.

The currency has undergone what one source describes as “unexpected bullish momentum.” Ethereum has been jumping consistently over the last several days, and is now up by over $40 in just 48 hours. The source also mentions that resistance was sitting at $470, which Ethereum has clearly managed to break.

In addition, it appears the currency is looking to make higher corrections in the immediate future. At the time of writing, Ethereum’s price – along with bitcoin’s, which jumped from $6,600 to $6,800 over the last 24 hours – is up by over four percent, and technical indicators show that the bulls are likely to dominate the market over the coming weeks. 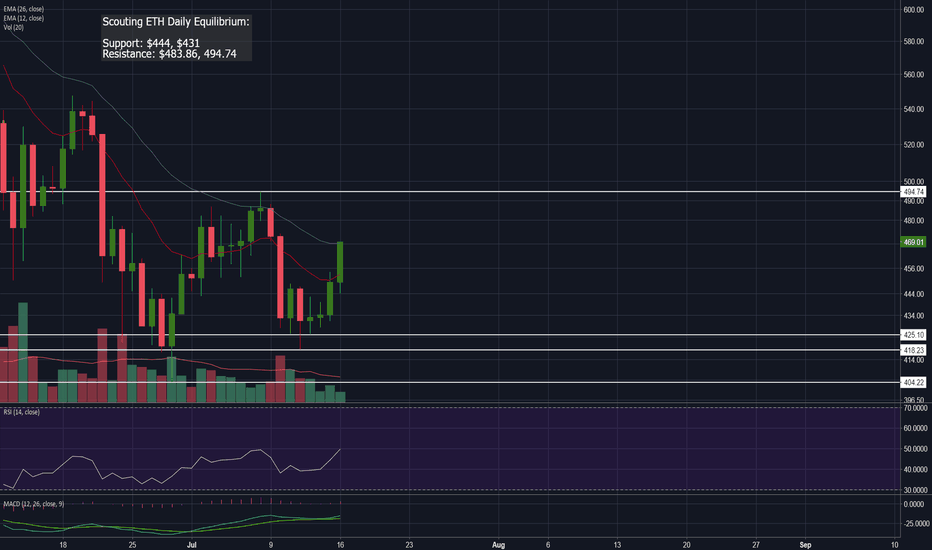 In the short-term, Ethereum is expected to show dominance in the $500 range, while $510 will become the next major target. However, granted declines do come into play, we can expect Ethereum to fall to $465, or even $460 and then $450 respectively. The bulls will need to be careful about their next moves if they’re looking remain in charge.

A recent spam attack occurred on the Ethereum network, and many are pointing their fingers at EOS as the culprit. Recently, we discussed the notion of EOS serving as the official “Ethereum killer,” and that it may replace the second-largest cryptocurrency, though these reports haven’t been entirely accurate.

The attacks this week commenced as a smart contract on the network became overloaded with what one source describes as “meaningless transactions.” The activity led to gas prices spiking beyond 200 GWEI, while others claim they were hit with either high or abundant fees.

Ethereum’s token-launching features were used to configure the attacks, and roughly five billion “fish” tokens were created and sent to varying wallets, which then distributed several more tokens each and led to serious network congestion. The issue has since been resolved.

In addition, Imbrex.io has released the first decentralized real estate marketplace via the Ethereum blockchain. Properties will be listed on a public ledger, while real estate enthusiasts will even be able to purchase homes with cryptocurrency.

The company was founded by Stephen King (not the author of The Shining), a self-described real estate veteran and tech entrepreneur. King asserts that brokerage firms and portfolio owners should be in control of their own data and not be at the mercy of third-party players when conducting transactions.

“The launch of Imbrex represents a monumental shift in the real estate ecosystem,” he comments. “Utilizing blockchain technology, we have created open communication channels between the world’s real estate networks in a secure environment that is entirely owned and controlled by its valued participants.”