At press time, the second-largest cryptocurrency by market cap and the number one competitor to bitcoin has fallen by another four dollars and is now trading for roughly $320.

Ethereum has been hit extremely hard in the past 48 hours. The currency was originally trading in the $350 range about two days ago before another nasty fall was added to the books that dropped its price down by approximately $30. Today, that figure has dropped again, meaning that Ethereum has fallen by nearly $200 in less than three weeks (since mid-July) when it was originally trading for just over $500. 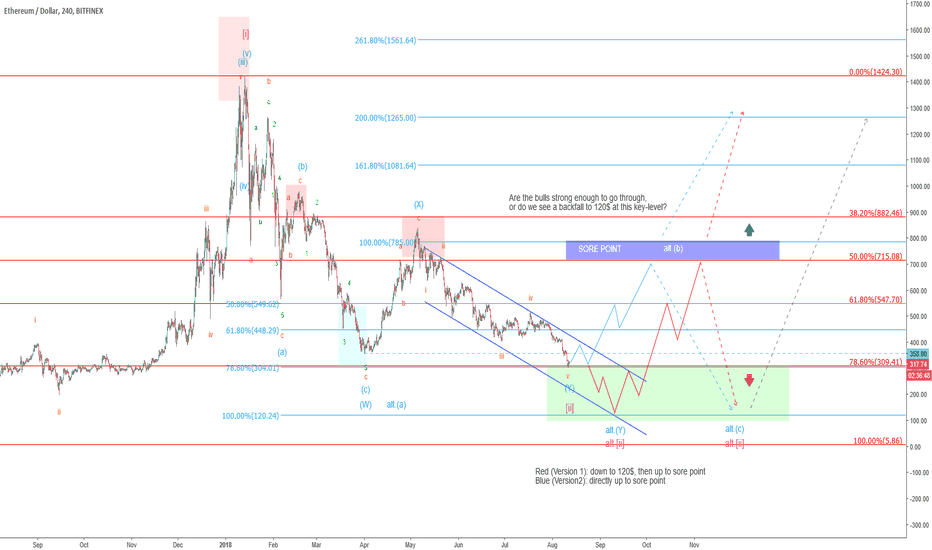 Sadly, there isn’t much to say about Ethereum for the time being except that it is continuing its deep descent into red territory, as are most entities in the crypto space. What we are seeing is complete and total domination by bitcoin – which recently reached a market dominance of 50 percent – while altcoins fall further. Ethereum, however, seems to be suffering more than other currencies, and recently dropped by more than 15 percent in just a single day.

This could largely have to do with its present price and position in the cryptocurrency space. Second only to bitcoin, Ethereum is a significant currency, and thereby has more space and room to fall. Notice how when bitcoin fell, it dropped by over $2,000, whereas most other coins fell by only a few cents or a few dollars. It is the largest coins – bitcoin, Ethereum and bitcoin cash – that are suffering the most.

But what these coins have that a lot of the smaller altcoins don’t is support from legitimate enterprises and backers. Many of these currencies are being held up either by institutional investors, crypto-backed businesses or even banks, like in the case of Ethereum, which is now being supported by the Commonwealth Bank of Australia. Therefore, even though their prices continue to fall, and it seems they’re losing their grasp of the financial plane, they’re dominating in other ways.

Bitcoin also accounts for approximately half of the cryptocurrency market today. As mentioned above, the father of crypto now holds 50 percent market dominance in the crypto space, which means its adoption rate is higher than it’s ever been. More and more investors are repeatedly dumping their altcoin stashes in favor of bitcoin and turning to the world’s largest form of crypto to entertain new ways of boosting their portfolios.

We can see that these coins remain strong and vigilant in the virtual money arena, though investors are still warned that volatility remains a monster-sized problem, and they should only play with funds they can afford to part with.