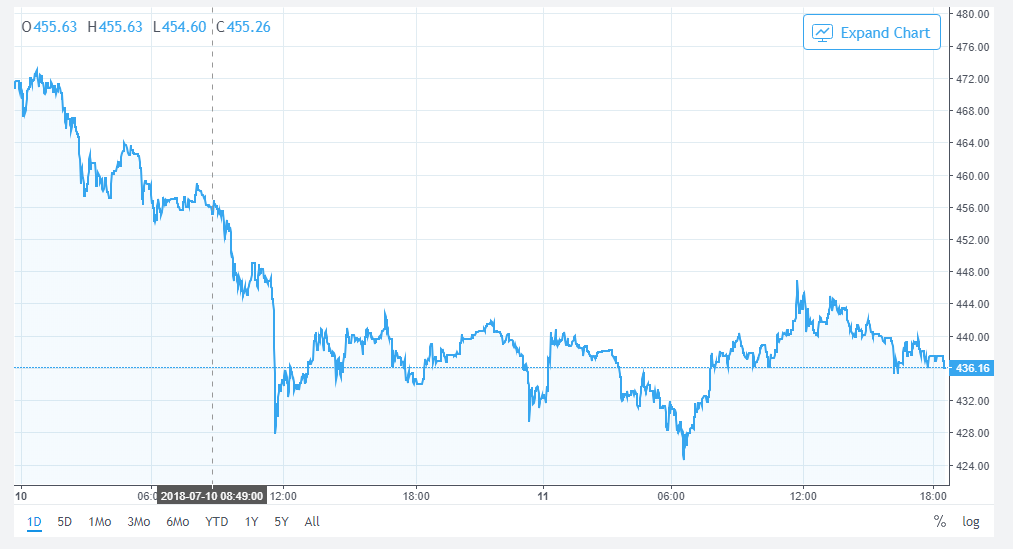 At press time, the second-largest cryptocurrency in the world and the number one competitor to bitcoin is trading for about $441. That’s about six dollars higher than where it stood yesterday morning.

Naturally, a rise is always good news. It’s just too bad Ethereum was trading for roughly $490 two days prior. The currency has taken a nasty stumble over a 48-hour period, along with every other major form of crypto including bitcoin (which now sits at $6,300 from its previous $6,700 position), Ripple and EOS.

The currency has lost over $3 billion in market value since the recent hack on Bancor, dropping from roughly $47.8 billion to about $44.1 billion. The digital exchange lost over $20 million in crypto funds to cyberthieves, including over $12 million in Ethereum-based tokens. Executives are now working with other digital currency exchanges to locate the missing money.

Bearish trends could take the currency back down to $425 and $420 respectively, though $450 and $460 are in Ethereum’s future granted the bulls can regain control. 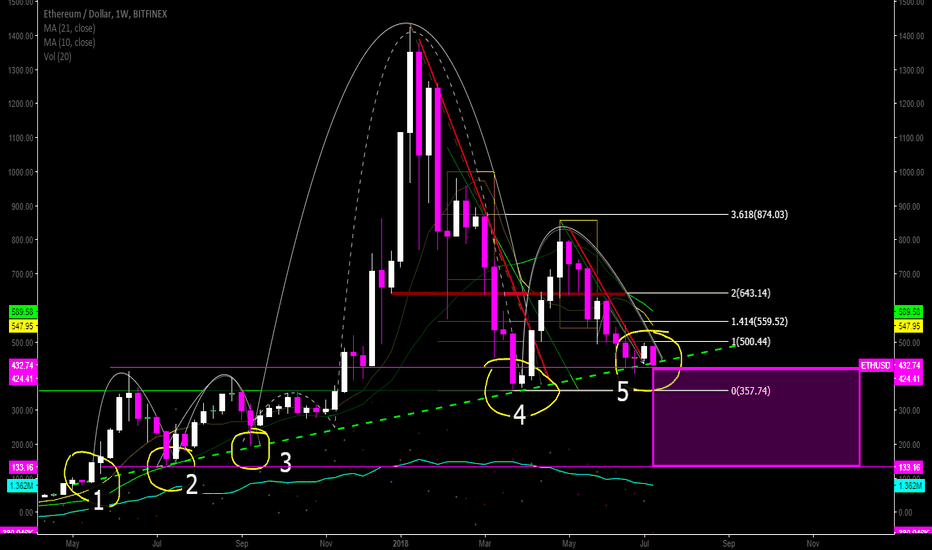 In the meantime, Ethereum co-founder Joseph Lubin is promising his followers a more mature and stable market to enjoy in the coming months. During the Rise Conference in Hong Kong, Lubin addressed his audience by stating, “We’re moving into a space where Ethereum can serve as the layer one trust system, and built into Ethereum, we’ll have hundreds of thousands of transactions in the layer two systems, and we’re going to see that ramified this year.”

One interesting application to come out of Ethereum as of late comes by way of Norwegian software company Operais. The company is introducing “Opera Crypto,” and no – it’s not a downloadable platform that allows you to pay for opera tickets with cryptocurrency, though that would be very cool.

In truth, it’s a “browser-based cryptocurrency wallet for smartphones.” The app is available for the latest versions of the Android, though the app is set to undergo a private beta period before it’s released for public use.

Product lead Charles Hamel commented, “Having a crypto wallet in the browser brings the cash experience to the world of online payments. Paying with the crypto wallet is like sending digital cash straight from your phone, and we’ve just made it easier.”

Opera Crypto supports the Ethereum Web3 API, a series of libraries that give developers the opportunity to work with both local and remote Ethereum nodes. It also supports varying tokens, along with popular crypto-collectibles like CryptoKitties.