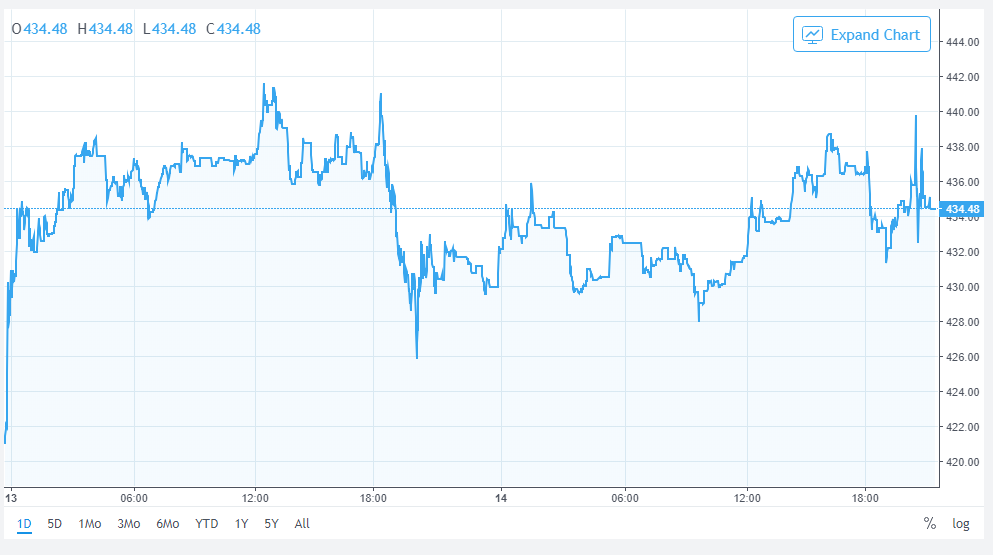 At press time, the second-largest cryptocurrency by market cap and the number one competitor to bitcoin has fallen by roughly four dollars, and is now trading at $432.

One source says that the currency is split between the bears and the bulls, and lacks direction. Neither party holds sway over Ethereum, and neither party seems clear on where it wants to go. This is an apparent sign of what the source calls “exhausted consolidation,” which means the price swings are done for the time being, and Ethereum might stay where it is.

However, a reversal can never be dismissed outright, as a sell-off could bring the price of Ethereum down to $420 and $412 respectively. Should an upswing occur, Ethereum may find itself firing towards $446 and then $460. 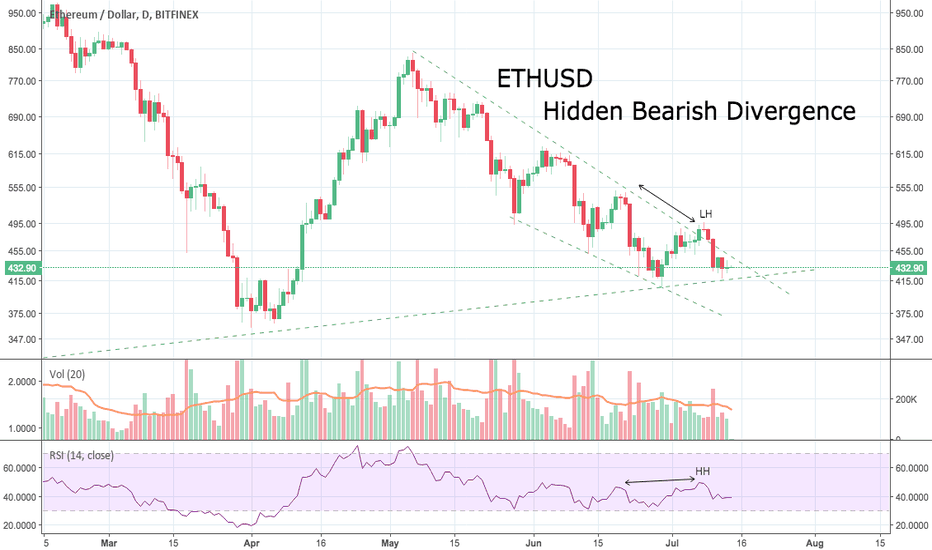 In addition, Ethereum is pairing itself with Major League Baseball (MLB) through Los Angeles-based startup Lucid Sight. The company will create a CryptoKitties-inspired MLB digital collectibles game on the Ethereum blockchain. Known as “MLB Crypto Baseball,” the game will allow customers to use ether to buy digital avatars tied to specific gaming moments that they can later sell or trade, and in some cases garner rewards and stickers.

“We talked a long time about bitcoin and whether we should accept it as payment for MLB.TV and some of our other products, and we opted not to,” explains MLB executive vice-president of gaming and new business ventures Kenny Gersh. “At the end of the day, we decided that wasn’t our business; we’re not in the speculation business. We’re in the business of delivering baseball to fans, so this game is a more interesting intersection of blockchain technology and what we do.”

Gersh says the organization was already considering partnering with Lucid Sight last year when CryptoKitties came along. The game has been a revolution in many ways, and has become so popular that it almost brought the Ethereum blockchain to a “crawling speed” thanks to excessive use. Customers have spent approximately $25 million in ether on CryptoKitties to date, and the app’s success caused Gersh to solidify the partnership.

“This is 100 percent one of the strategic goals of this initiative,” he explains. “Collecting items related to your team, engaging with your team in a new way. For me, say the Red Sox win the division in a couple months. I want to buy something that symbolizes that. These will be event-based things – those moments in sports that happen that you want to remember and cherish, and have a sense that you were there, even if only digitally.”