At press time, the second-largest cryptocurrency by market cap and the number one competitor to bitcoin is trading for roughly $300. This is about $42 higher than where it stood yesterday, and the currency appears to be recovering quickly.

Today, the cryptocurrency community received word that the bear market may be finally coming to end. Major entities like bitcoin and Ethereum have risen by seven and eight percent respectively over the last 24 hours. Bitcoin has jumped up by over $500 and is now trading for just shy of $6,600. One can’t help but wonder if $7,000 is right around the corner granted the coin can keep up this kind of momentum. 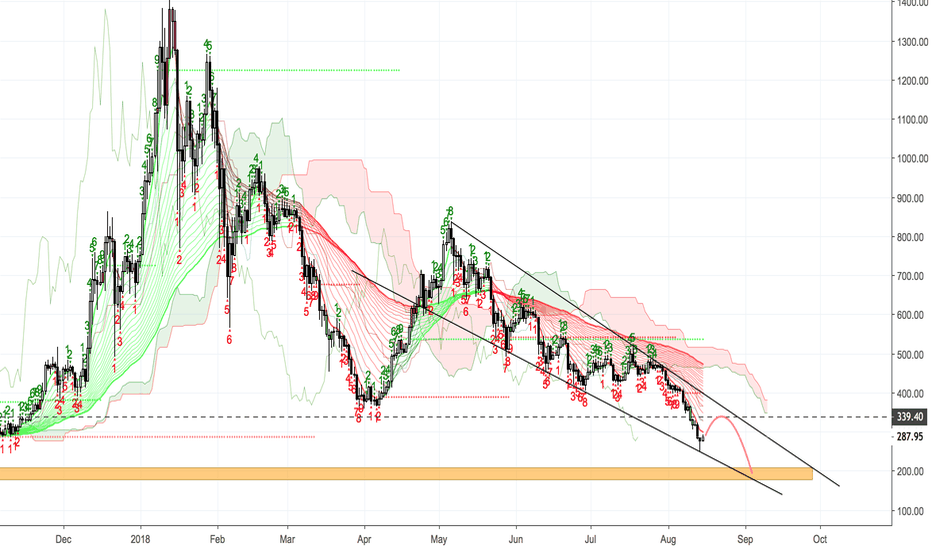 While Ethereum’s price is nothing to get too excited about (after all, it was trading for roughly $200 higher in mid-June), it’s a definite improvement over where it stood just yesterday. It was clear that Ethereum was being hit harder than most other coins, and it is high time the token entered a recovery phase. Right now, the currency has a total market cap of approximately $29 billion, while daily trading volumes exceed $1.9 billion.

Unfortunately, attitudes towards the currency remain relatively mixed. Ethereum co-founder Joseph Lubin is still very confident about the coin’s future. He says that the recent downtrends have helped bring an end to several bubble conditions and speculative investments, thereby making the crypto market considerably healthier than where it was.

“We’ve seen six big bubbles, each more epic than the previous one, and each bubble is astonishing when they’re happening, but when you look back, they look like pimples on a chart. With each of these bubbles, we have a tremendous surge of activity, and that’s what we’re seeing right now.”

Others, however, like Arthur Hayes – CEO of crypto exchange BitMEX – had a few scathing things to say about Ethereum, going so far as to call it a “sh*tcoin.” He says it will soon move from double digits to single digits and could trade for less than $100 in the close future. He largely attributes its growth over the past year to the “highly speculative” initial coin offering (ICO) boom, which he now says is ending and causing the price to fall back.

Whatever you believe, the fact doesn’t change that momentum is gathering on the Ethereum price charts, and the currency is experiencing greater power. The cryptocurrency arena has added $21 billion back onto its total market cap, and the bulls are allegedly harboring control once again. Now is the time to keep our fingers crossed and hope the currency – along with other major forms of crypto – can pass the once sullen threshold.