At press time, the second largest cryptocurrency and the number one competitor to bitcoin is back in the $470 range, and trading for about seven dollars more than where it stood yesterday afternoon. That price was a seven dollar fall from the previous day, and Ethereum has simply gained back “the weight” it ultimately shed.

It would appear, however, that primary resistance sits in the $480 range, as Ethereum has managed to grace the area twice without making much progress. The currency “hangs out” for a short while, then falls back to $470 soon after. A ten-dollar difference is apparently harder to cope with than it looks…

But this is merely short-term resistance. Key resistance lies at $500 – roughly $27 higher than where Ethereum is presently trading. The currency is struggling to maintain its bullish momentum, and for the most part, has managed to do so since the end of June. Ethereum shot past both $440 and $450 before landing at its present price, and bullish short-term trends can be viewed on most charts. 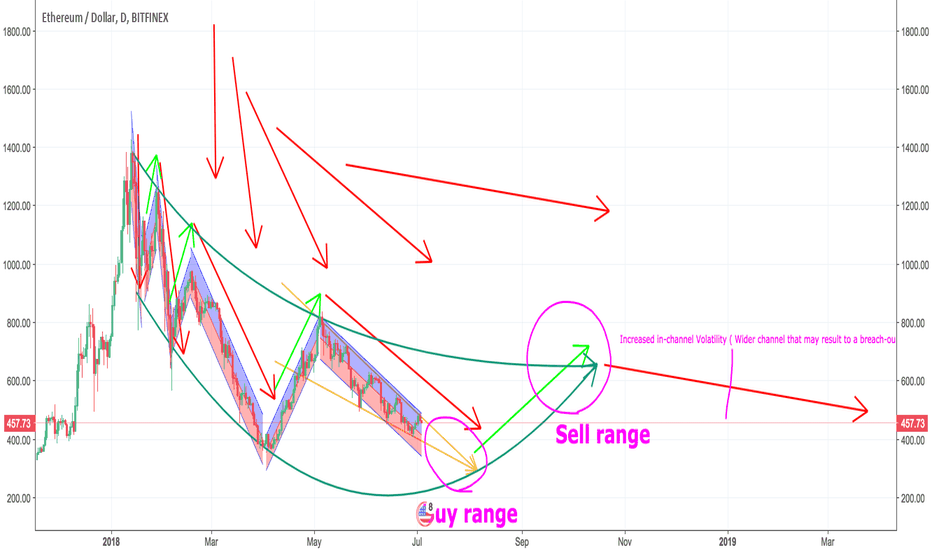 If $500 is broken in the immediate future, Ethereum could fire itself up to the $542 level, though volatility and bearish activity remain constant threats, which could bring the currency down to $408 if the bulls are not careful.

In addition, the moving average gap is thinning out, which suggests that buyers are gaining more control. However, they will have to undergo a struggle at $480 before $500 can be reached. The good news is that a drop below $450 now seems virtually impossible in the short-term, though the demand zone remains at $410. For Ethereum to continue riding the bull wave, it must remain above $460 and allow the buyers to gather further momentum to push for even higher corrections.

Ethereum is not alone in its ascent. Bitcoin, the father of all crypto, has also experienced a small price rise and jumped from $6,500 to $6,600 in about 24 hours. This marks a hike back to its Monday “high,” and suggests the coin is undergoing its first phase of recovery.

The great thing about Ethereum is that it is staying above its April low. Unlike bitcoin, which did strike $5,800 recently (the lowest it had been since early February), Ethereum has remained ahead of the game, and another rally may arrive sooner than analysts had originally anticipated.

At the same time, however, investors and traders alike should be warned that despite these small rises, cryptocurrency remains an unpredictable and often strange venue that can result in both great wealth or massive losses, and one should only ever play with funds they can afford to lose.