At press time, the second-largest cryptocurrency and primary competitor to bitcoin has fallen by a few dollars, and is now trading at $498. While the drop isn’t anything serious, the currency has once again dropped below the $500 mark, and investors are concerned about the future. 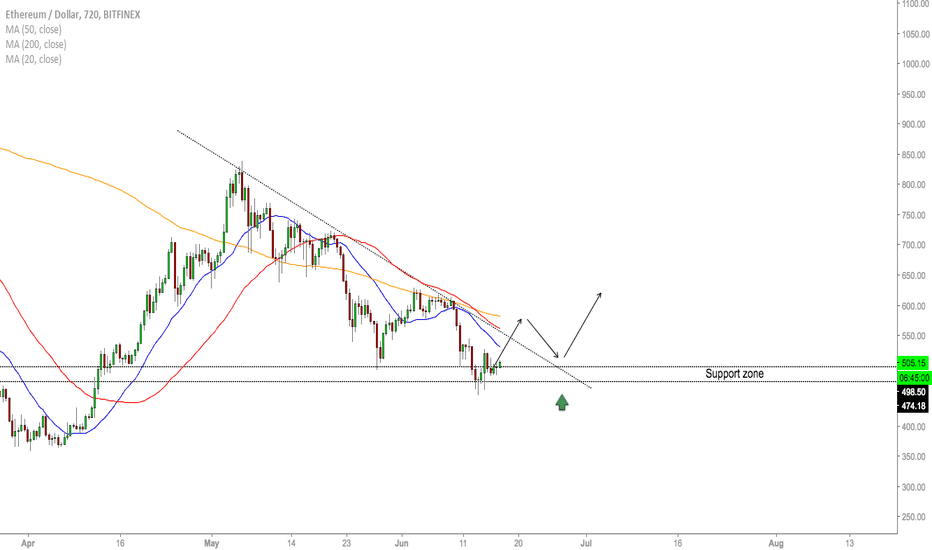 Financial experts appear to be genuinely split down the middle regarding Ethereum, and where it will be in the long-term. Chris Kline – co-founder and COO of Bitcoin IRA – states that Ethereum ultimately has a bright future, and that the best days are “certainly ahead.”

“In recent months, we have seen waves of institutional interest in the cryptocurrency sector, including announcements about Goldman Sachs’ bitcoin trading platform, as well as the collaboration between NASDAQ and cryptocurrency exchange Gemini,” he reminded his listeners. “I believe that crypto prices are down across the board right now because regulatory legislation is still being worked out, but once that uncertainty subsides, prices will rise.”

On the other hand, blockchain entrepreneur Mary Saracco – the previous subject of a recent price article – is once again in the headlines, telling investors and traders that unless the blockchain garners mainstream acceptance, the cryptocurrency space is doomed to fail.

“Because of the constant exposure to new information in the space, the focus sometimes tends to be concentrated among crypto enthusiasts, whereas it should be on the entire public (crypto and non-crypto),” she explained in a recent interview. “The value [of blockchain] is more often in the simple things, and so long as we can use the technology to solve the hard problems that have not been solved before, the greatest pains are yet to come.”

One of the reasons for Ethereum’s recent drop may be uncertainty regarding its development. The blockchain’s update – known as Casper FFG – was set to be released in the coming weeks, only now, it appears the update has been changed to one known as Casper v2. While this was previously discussed in our last price article, further updates have been released that warrant more discussion and explanation.

Justin Drake of the Ethereum Sharding research team announced on Reddit, “We are considering changing the Ethereum 2.0 roadmap to skip Casper FFG with 1500 ETH deposits. Instead, Casper and Sharding validators would be unified from the get-go in the beacon chain, and deposits would be 32 ETH.”

The new upgrade would thus switch the reliance of the system from the central PoW (proof-of-work) chain to the all-new beacon chain itself, which is ultimately validated on the “main chain at intervals.” This would allow the proof-of-work concept to die off, and no longer require the Ethereum blockchain to house entire node systems.

At press time, the proposal is only about 80 percent complete, and not ready for release.

During a recent conference, Ethereum co-founder Vitalik Buterin also commented that the Ethereum blockchain will eventually be strong enough to handle over one million transactions per second, granted the correct upgrades are in place:

“If you get a 100x from Sharding and a 100x from Plasma, those two basically give you a 10,000x scalability gain, which basically means blockchains will be powerful enough to handle most applications most people are trying to do with them.”