At press time, the second-largest cryptocurrency by market cap and the number one competitor to bitcoin is trading for about $290. That’s about ten dollars less than where it stood yesterday afternoon.

Per one source, the currency is now at an 11-month low, and its price has slumped back to its September 2017 position. The author also states that even if the cryptocurrency were to experience a solid price boost of approximately 25 percent or more, the results probably wouldn’t last. Ethereum is not in a good place, and it’s unclear when – or even if – recovery will show its head. 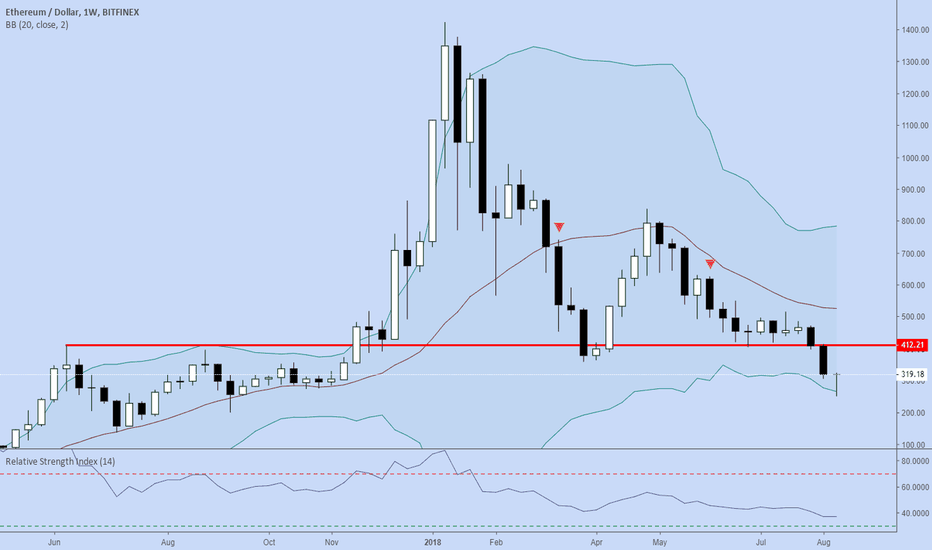 Granted the bounce does occur, Ethereum has the potential to spike all the way to $380. The bad news, however, is that resistance is at an all-time high, which means the currency would have one heck of a time sustaining this momentum and price.

What’s interesting is that despite its low price and bearish behavior, Ethereum has not lost the trust of its followers. In fact, it seems to be garnering more amongst both individuals and large companies alike. Package delivery service UPS, for example, is now exploring blockchain technology and cryptocurrencies like Ethereum for its global supply chain logistics.

It appears the company filed a patent with the US Patent & Trademark Office (USPTO) back in mid-February. The patent shows how the company is looking to resolve complicated logistics problems with the blockchain and cryptocurrencies. As it turns out, packages must go through many separate network points before they can reach their final destinations. This makes it difficult for logistics services to coordinate with each other.

Granted blockchain technology is used, the information involved in shipments could be recorded from the beginning in real time via the distributed ledger, making data easier to track and reducing overall shipping costs.

In the document, the patent authors describe the Ethereum blockchain as superior due to its smart contract capabilities. They write:

“Smart contracts may be configured for execution based on various trigger events, information/data parameters, shipment unit or shipment unit conditions and/or the like. In various embodiments, the smart contracts may be executed by a transfer of value by initiating an action and/or the like. It must be understood that such transfers of value are merely exemplary of various smart contacts that may be executed as a portion of a distributed ledger system as described herein, and these examples should not be construed as limiting.”