At press time, the second-largest cryptocurrency and the number one competitor to bitcoin has taken a step down from its financial ladder, and is trading for $466. This is about $7 less than where it stood yesterday afternoon.

Ethereum is not alone in its state of decline. Bitcoin has also fallen by approximately $100 over the last 24 hours, and is trading for $6,500. Both currencies had experienced solid spikes during yesterday’s early morning hours, and many believed they were taking their first small steps towards recovery.

That may still be the case; after all, $7 down isn’t that big of a deal in most investors’ eyes, but many can’t help but be concerned after all the gloom-and-doom that’s been spreading through the crypto space these past few days. Ethereum was on the verge of striking $400 late last week, while bitcoin itself hit $5,800, its lowest point since April. 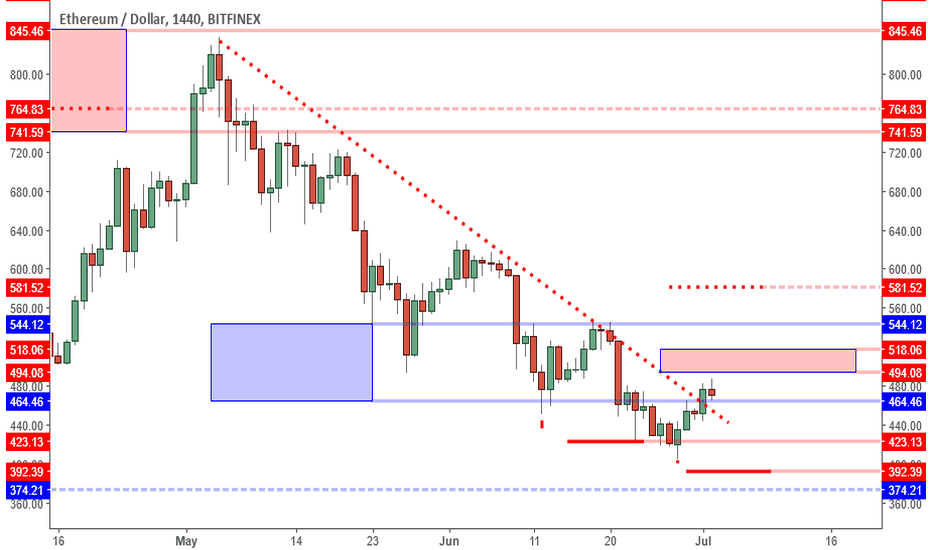 Not everyone seems to be worried, however. One source suggests Ethereum still has the guts to take on the financial world at full speed. In addition, it appears Ethereum did strike $480 during today’s early morning before descent began to kick in. Obviously, the currency has done well in testing previous resistance and moving beyond what analysts had originally predicted, and it can do so again granted it doesn’t lose its momentum and the bears stay out of the frame.

Ethereum’s co-creator Vitalik Buterin recently released a new paper that documents how Ethereum could potentially be used to control gas prices during peak times. In the report, Buterin talks about using the Ethereum blockchain to increase the efficiency of gas price bidding, and replacing first-price gas auctions with uniform-price auctions.

“Currently, almost all blockchains use a mechanism that is equivalent to a first-price auction. Everyone submits a bid, and if they get included, they pay exactly the bid they submit. The problem with this kind of mechanism is that there is no simple strategy for choosing the optimal bid price… The usual alternative is a uniform-price action, which involves charging every participant the same price as the price paid by the lowest bidder. This has a much simpler strategy: bit whatever your valuation is. Someone who values a transaction getting included at $1 could just bid $1, and the fact that their bid is very high doesn’t mean they have to pay a large amount unless everyone else’s bid is similarly high.”