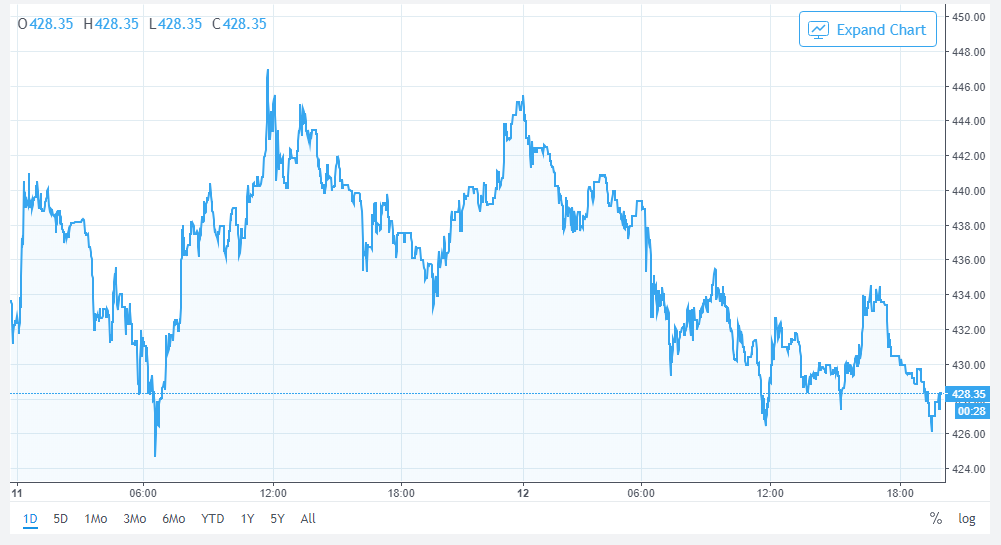 At press time, Ethereum – the second-largest cryptocurrency in the world and the number one competitor to bitcoin – has fallen by nine dollars since yesterday morning, and is now trading for roughly $432.

Along with bitcoin and most other major forms of crypto, Ethereum has been trapped in a downward spiral over the past few days. The currency is facing intense market pressure, and is down about three percent – the lowest it’s been since late June. Overall, the currency has fallen by about 14 percent since the weekend, and the total cryptocurrency market cap is down by approximately $10 billion. 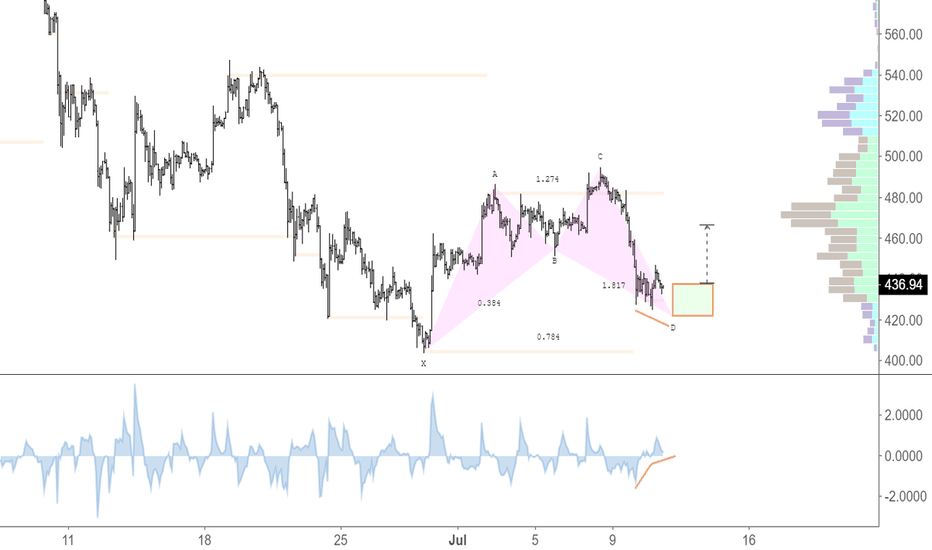 Ethereum’s consistent drops are happening in the face of the Augur launch, one of the most complicated decentralized apps in the Ethereum network. The platform was slated to fix Ethereum’s scalability issues according to co-founder Joseph Lubin, though Augur now sits as one of the largest and most popular dApps available to Ethereum enthusiasts, having surpassed CryptoKitties in volume.

It also took years to develop, and it is believed to possess the longest project life cycle of any decentralized app.

“[Ethereum is moving] into a space where it can serve as the layer one trust system, and built into Ethereum, we’ll have hundreds of thousands of transactions in the layer two system,” Lubin recently explained at a conference in Hong Kong.

Fellow co-founder Anthony Di Iorio – who created the decentralized blockchain hub Decentral – also explained how a blockchain-based digital wallet could potentially end the need for banks, and allow each person to govern themselves financially.

He explains that banks control much of the value exchange across the globe; that sending money across traditional platforms often gives rise to high transaction fees, and a digital wallet could potentially change how the world does money on a much deeper level.

Iorio says a digital wallet is the heart and soul of the modern financial ecosystem, and compares it to the World Wide Web. The internet allows someone to navigate an entire system of knowledge; one browses through multiple pages, and ultimately transfers information through online means.

A digital wallet does the same thing, only this time, with virtual currencies. Crypto is transferred from one wallet to another, and the prime product of Decentral is a wallet that can hold a wide array of cryptocurrencies.

“We’ve been focused on building the tools and interfaces for people to take full control of their lives,” he explains.