At press time, the primary competitor to bitcoin and the second-largest cryptocurrency in the world has taken a nasty fall, and is trading for about $435. This is over $40 less than where the price sat yesterday, and nearly $60 less than where it stood the day before. Overall, Ethereum has lost about five percent of its value.

It appears the bears are once again entering the fray and showing the bulls who’s boss. Ethereum is not alone in its mega-descent, however, as bitcoin – the largest cryptocurrency by market cap – also fell to roughly $6,300, which is about $400 less than where it’s stood over the past 48 hours. Other major coins in the red include Ripple, bitcoin cash and EOS. 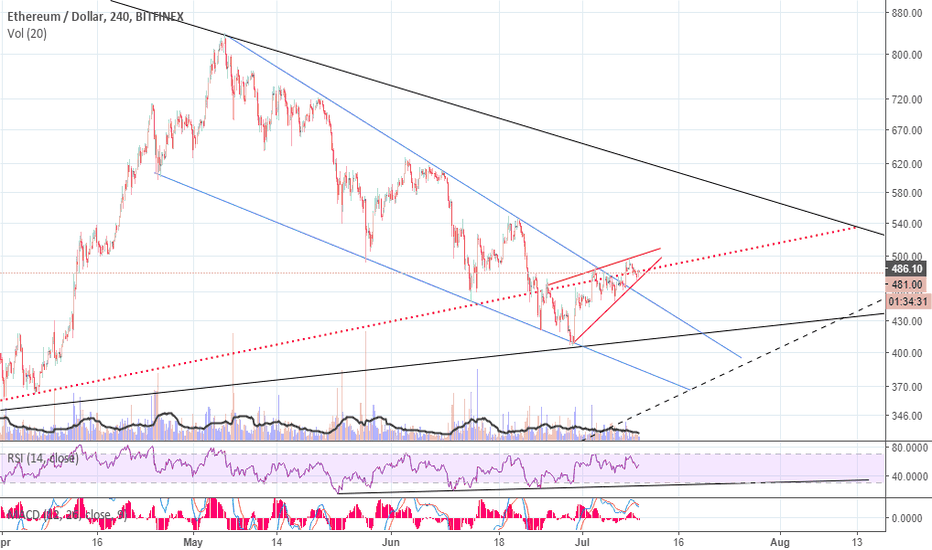 The primary reason behind Ethereum’s loss may be the recent heist of Israeli digital exchange Bancor, which contributed to the loss of nearly $13 million in Ethereum-based tokens and about $10 million worth of BNT tokens. Bancor released the following statement on Twitter:

“This morning (CEST), Bancor experienced a security breach. No user wallets have been compromised. To complete the investigation, we have moved to maintenance, and will be releasing a more detailed report shortly. We look forward to being back online as soon as possible.”

Executives claim that once the theft was identified, they froze about $10 million of BNT tokens and prevented further losses to the company’s stash.

“The ability to freeze tokens was built into the Bancor Protocol to be used in an extreme situation to recover from a security breach,” they mentioned in a statement. They are now working with other digital exchanges to find the stolen ether, but many investors are disappointed and concerned about whether Bancor is decentralized enough to prevent further attacks.

After a period of relative stability, Ethereum has hit an 11-day low. Should selling pressure continue, the coin may find itself dropping down to as low as $420 in the coming days.

The event is a reminder that if cryptocurrency is going to earn legitimacy and trust from mainstream users, it needs to implement proper security protocols. Over the last several months, we’ve played witness to similar scenarios, such as the Coinrail hack in South Korea. This attack preceded bitcoin’s drop from the $7,000 range to the high $6,000s, resulting in a $900 price drop overnight.

As institutional traders begin to show further interest in bitcoin and related cryptocurrencies, their investments are expected to contribute to price spikes and long-term stability, but how can they feel comfortable putting their hard-earned cash into ventures that run the risk of losing money at the drop of a hat? The problem is not cryptocurrency prices; it’s cryptocurrency security measures, and these must be dealt with before we can move on to other points.